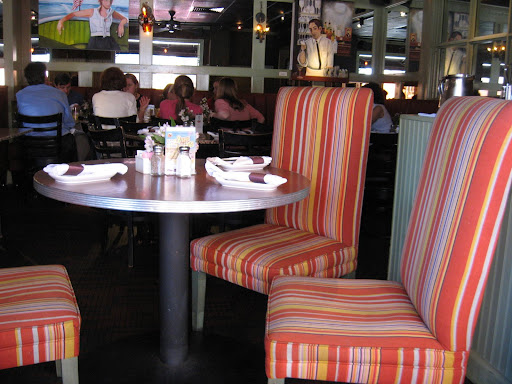 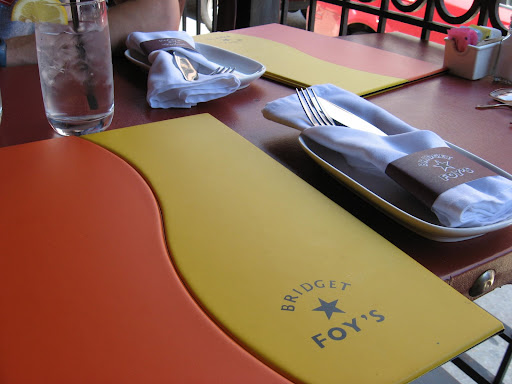 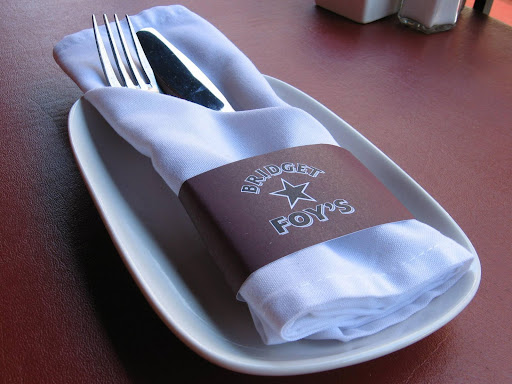 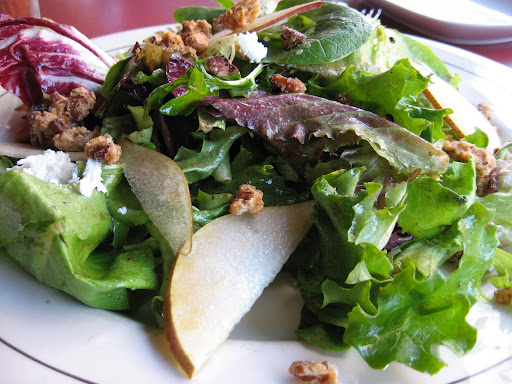 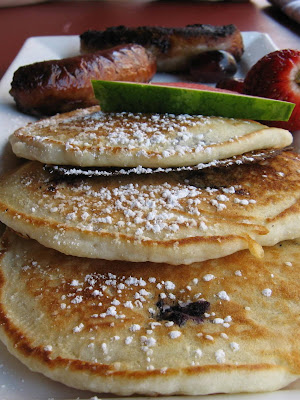 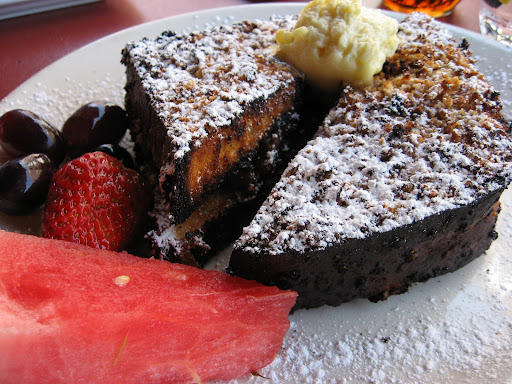 I adore lazy Sunday brunches with all of my heart. Leisurely rolling out of bed, slipping on some comfy clothes, heading to an easy-going joint—relaxation at its finest.

As much as I enjoy this in between meal, I hardly ever go because my dining partner of choice is always pounding the lush pavement at Valley Green on Sunday mornings. However, now that The Astronomer has temporarily hung up his well-worn racing flats, we will hopefully be brunching more often. 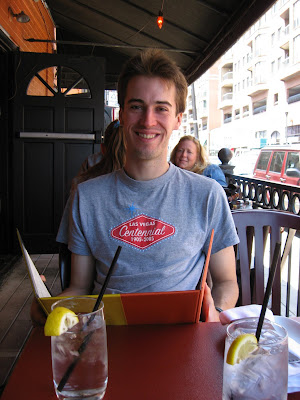 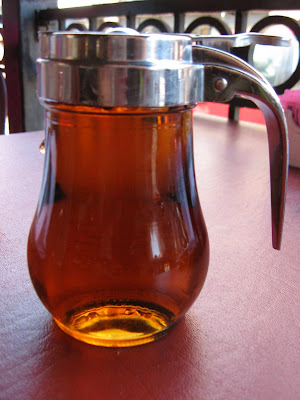 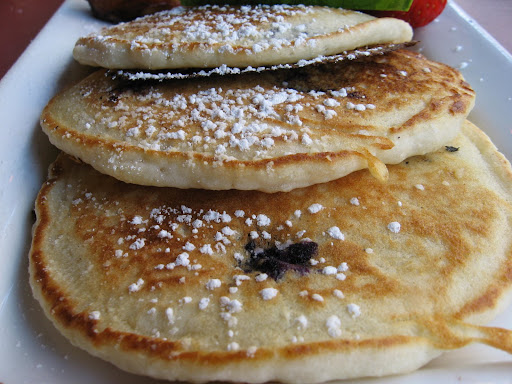 Last Sunday, we moseyed over to Bridget Foy’s for our inaugural post-track star brunch. The weather was perfect for outdoor dining on the restaurant’s front porch.

The Astronomer ordered a salad to start. The Pear and Goat Cheese Salad with spiced pecans and roasted pear vinaigrette was top-notch and the highlight of the meal for The Astronomer. The greens were fresh and the vinaigrette was delightful. The sliced Red Bartlett Pears were crisp and mild. The spiced pecans were my favorite part of the salad and were indeed deliciously spicy.

For his main entree, The Astronomer ordered the Blueberry Ricotta Pancakes with lemon zest and sausage links. The pancakes were a bit on the wimpy side—thin, flat, light—and not at all lemony. A proper drenching of Grade A maple syrup upon the pancakes made them better, but that’s not saying much because maple syrup makes everything tastier. The sausage was average breakfast sausage, only slightly plumper.

My Stuffed French Toast was a knock-out once the kitchen stopped charring the edges to a bloody crisp. The first one that arrived was toxically black along the crust so I had to send it back. The second one was still burnt, but a vast improvement upon the first. Unlike traditional French toast, Bridget’s are covered with a crumble of sorts, which adds sweetness and texture, but sadly gets scorched in the frying pan. The bread is fluffy, but not nearly as pillow-y as Sabrina’s Challah. The stuffing was the best part; I love how the dried cherries became nicely juicy! The orange butter was pretty awesome as well. 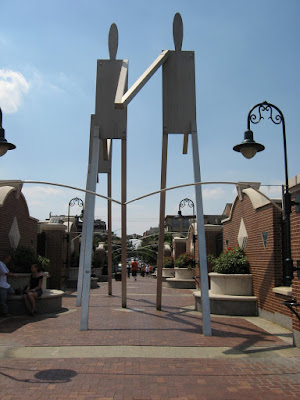 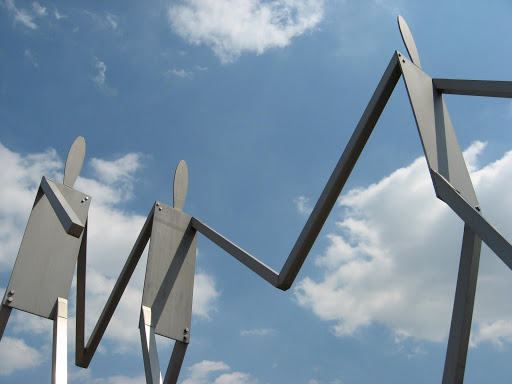