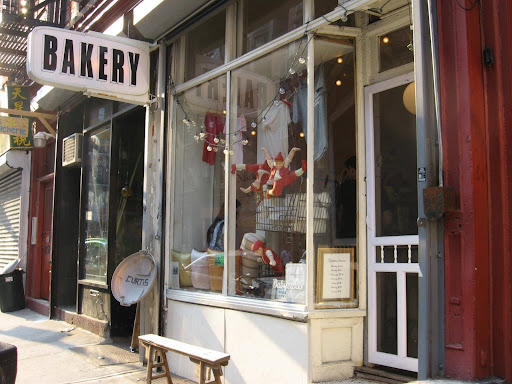 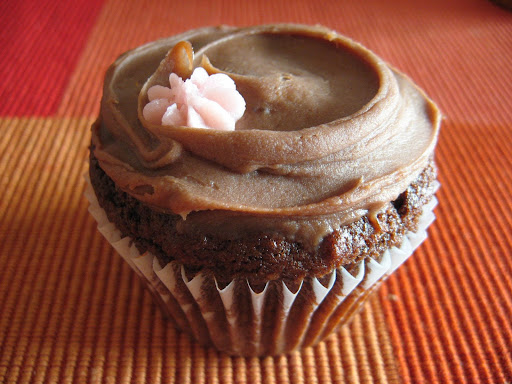 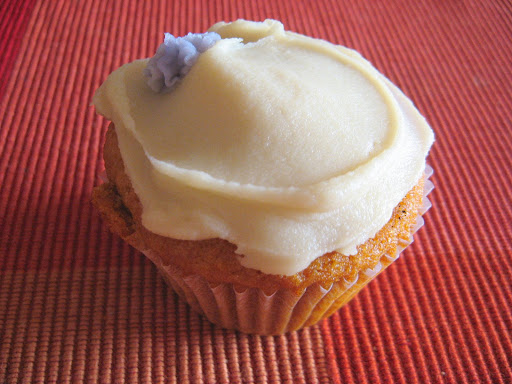 The cupcake craze taking over New York City and Los Angeles has yet to hit Philadelphia so I included a handful of bakeries specializing in cupcakes on the food tour. BabyCakes was the first one we hit up since it was located near our shelter in the Lower East Side. 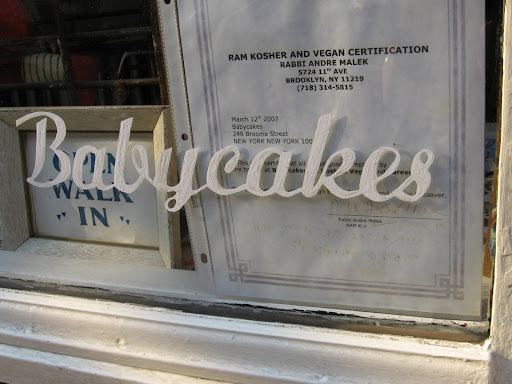 Babycakes differentiates itself from the sea of competitors by offering vegan cupcakes. Erin McKenna, BabyCakes’ founder, virtuously touts on the bakery’s website:

In a city dominated by cupcakes overflowing with sugar, flour and butter cream, it’s easy for those with delicate tummies to feel left out. BabyCakes offers all natural, organic and delicious alternatives free from the common allergens: wheat, gluten, dairy, casein and eggs. Rest assured, all sweeteners have been chosen responsibly and used sparingly. White sugar will never be found in our bakery, nor will we ever use toxic chemical sweeteners. Instead, most products are sweetened with agave nectar—a natural syrup from a cactus which is low on the glycemic index and often a safe alternative to most non-insulin dependent diabetics. Occasionally, unprocessed and unrefined sugar is used in certain goods, although sparingly.

Curious to try sweets made without the usual suspects, The Astronomer and I picked up two cupcakes to-go. He chose lemon, while I went with chocolate. We dropped off the cupcakes in my brother’s apartment then headed off to dinner. Hours later when we returned to enjoy our treats, the frosting had unfortunately melted due to warm temperatures both inside the apartment and the cupcakes’ plastic container. 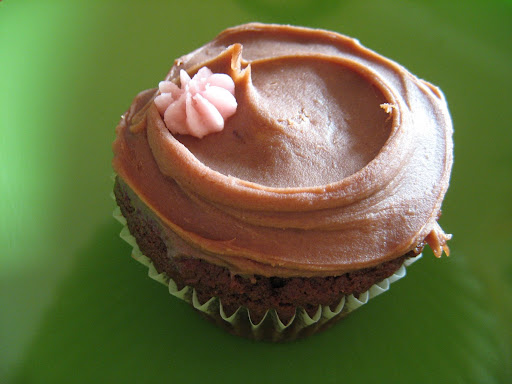 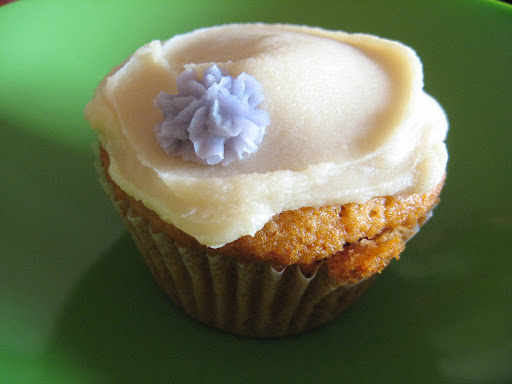 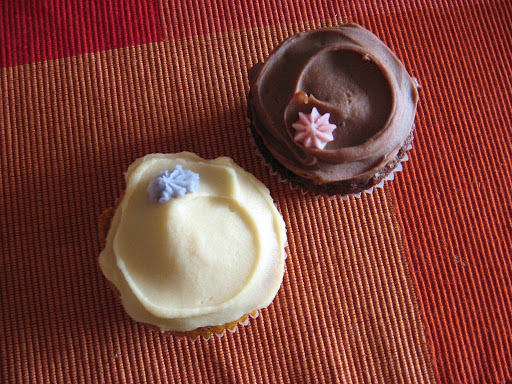 While I must admit that the frosting-less cupcakes looked a little pitiful, they still tasted great. Both cupcakes were sweet and moist—the lemon one was tart and the chocolate one was very chocolaty. When it comes to cupcakes, I totally appreciate one-dimensional flavors. The texture and taste achieved without butter or eggs by the clever bakers at BabyCakes is very impressive.

In a city overrun by copycat cupcakes, we despaired of finding a great one. Moist, crumbly cake. Good, natural flavor. Frosting that wasn’t teeth-achingly sweet. Satisfaction came in an admittedly unconventional package: the vegan version at BabyCakes. Are we actually suggesting that the exclusion of eggs, dairy, sugar, and wheat doesn’t spell doom for a cupcake? That cold-pressed coconut oil, agave nectar, garbanzo flour, and spelt aren’t just substitutes, but superior? Yes, indeed. And you’ve gotta love a place that sells frosting shots for a buck.