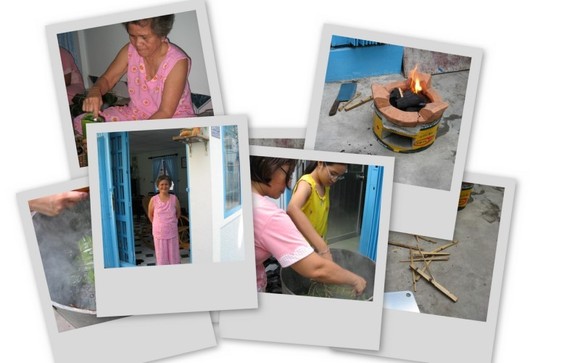 The Astronomer and I woke up super-duper early this morning to witness a very special tradition—the making of Bánh Tét. With the Lunar New Year days away, my grandma’s sister (Ba Sau) and her two daughters-in-law gathered for their annual ritual of making this holiday specialty.

Bánh tét are cylindrical sticky rice cakes filled with pork fat and mung bean paste seasoned with black pepper and shallots. The cakes are wrapped in banana leaves and as a result, the sticky rice takes on a pale green color and a slightly leafy taste. Even though bánh tét are available all year, it is still considered a New Year’s treat.

Back at home in America, no one in my family goes through the trouble of making bánh tét by hand. Seeing one of my favorite foods executed firsthand definitely gave me a greater appreciation for it. 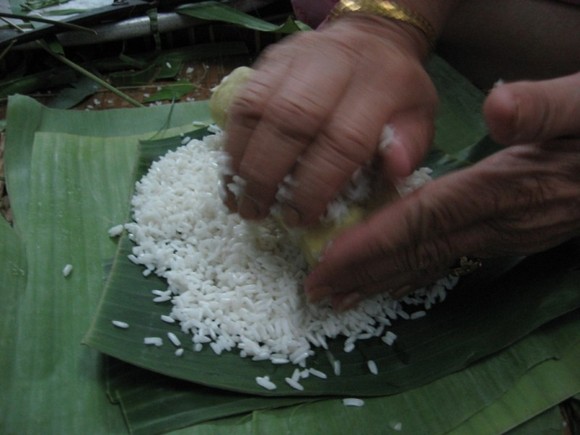 The cake filling of pork fat and mung beans were made a day earlier and left in the fridge to stiffen. The filling was then covered with uncooked sticky rice atop banana leaves. 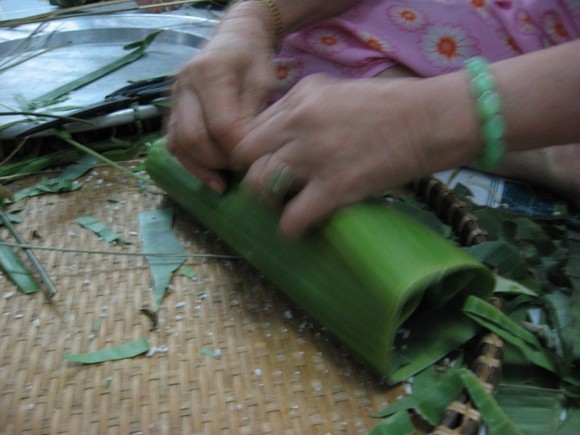 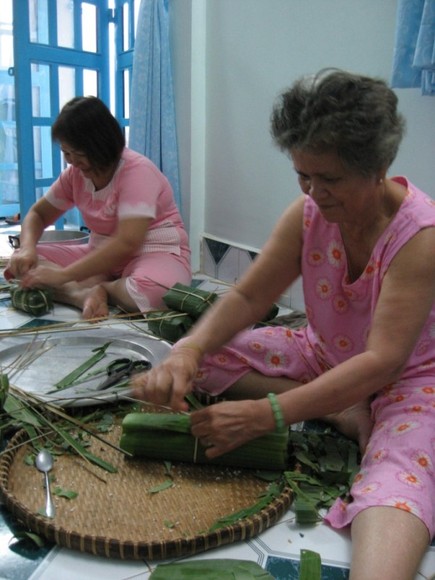 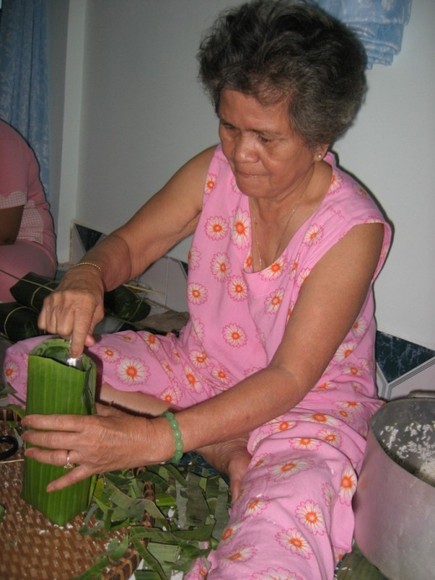 Ba Sau adding some extra sticky rice grains to the ends of the cake. 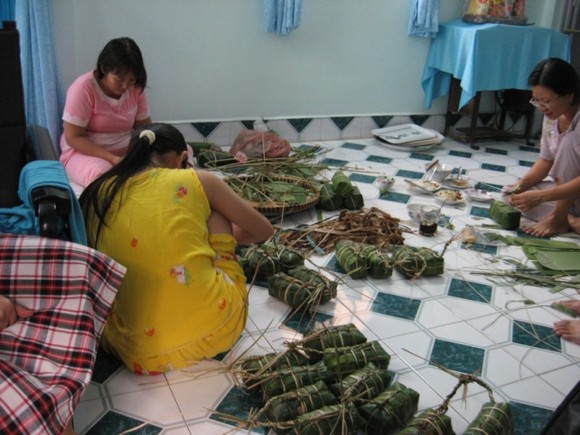 The bánh tét crew. The Astronomer called them an assembly line. 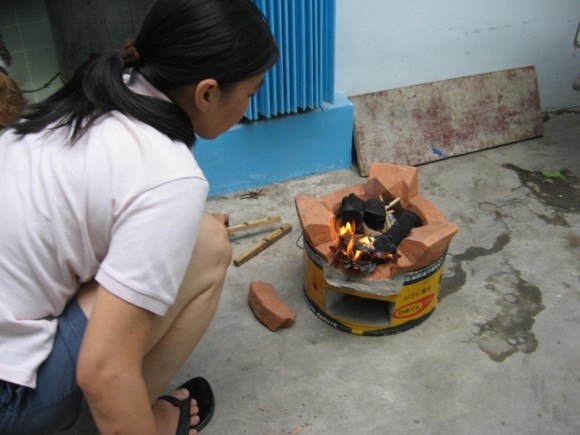 Di Loan building a fire by the side of the house to cook the bánh tét. 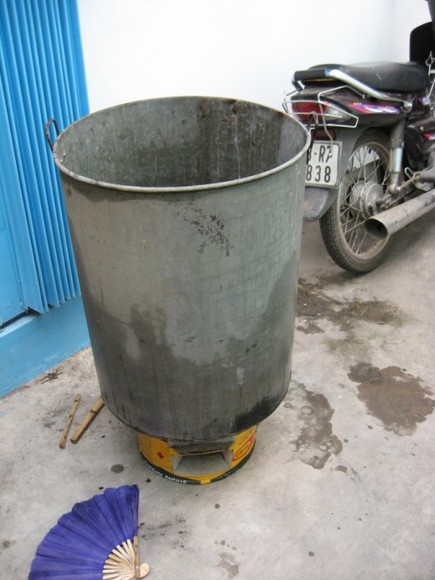 A large metal pot is placed atop the fire and filled with water. 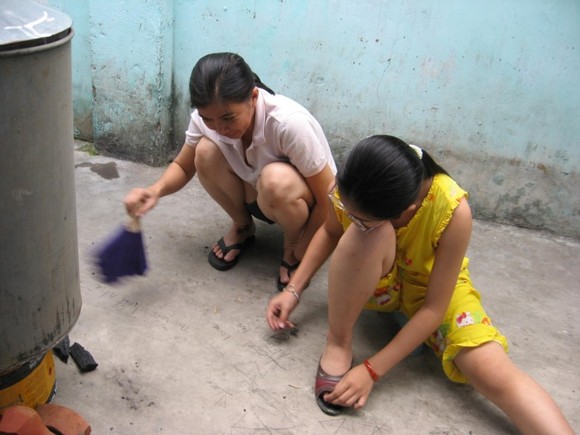 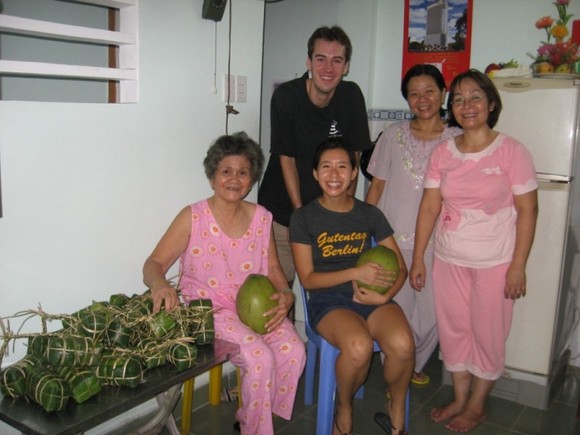 While we waited for the water to boil, we had an informal photo shoot. I forgot to wear pink pajamas! 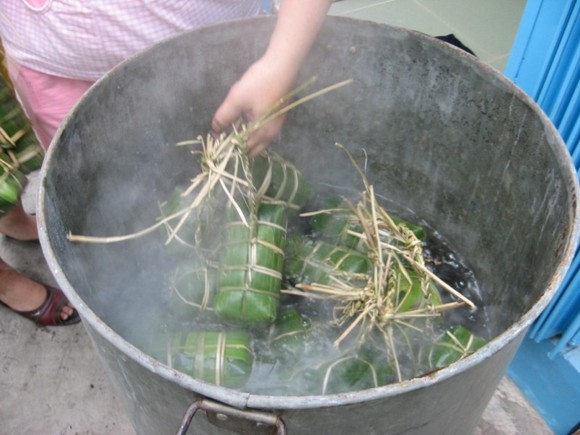 Placing the bánh tét in the boiling water. 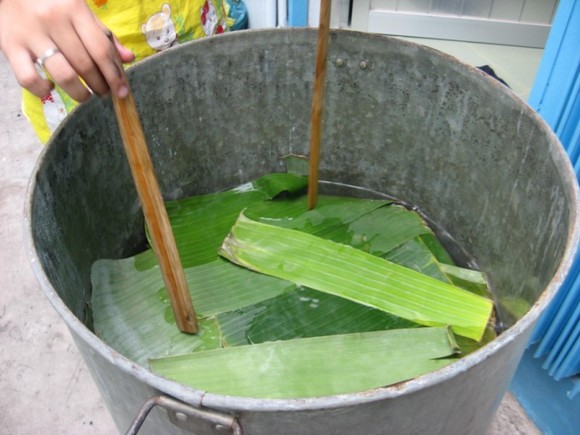 Extra banana leaves are placed on top of the water to keep the bánh tét from discoloring. 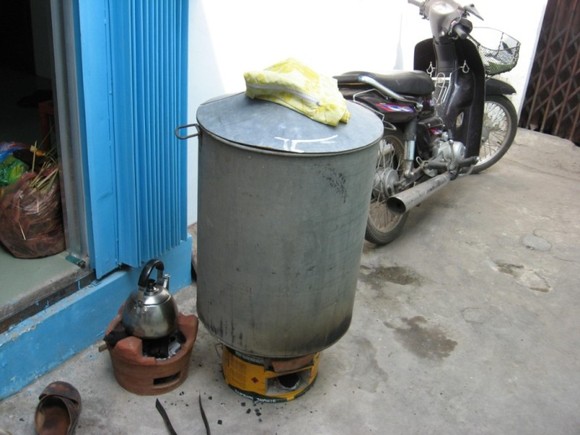 After six hours of boiling away, the bánh tét will be ready to eat! Photos of the finished product to come!

13 thoughts on “The Art of Making Bánh Tét”