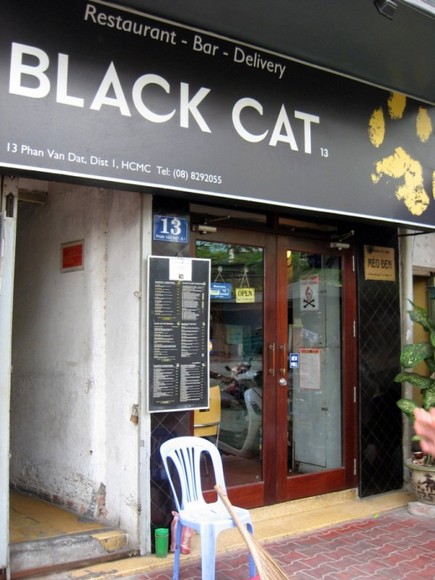 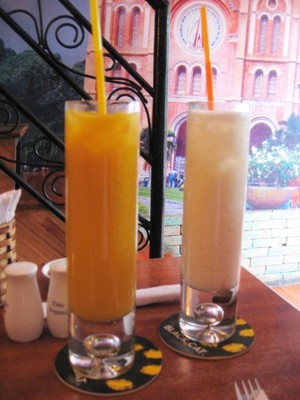 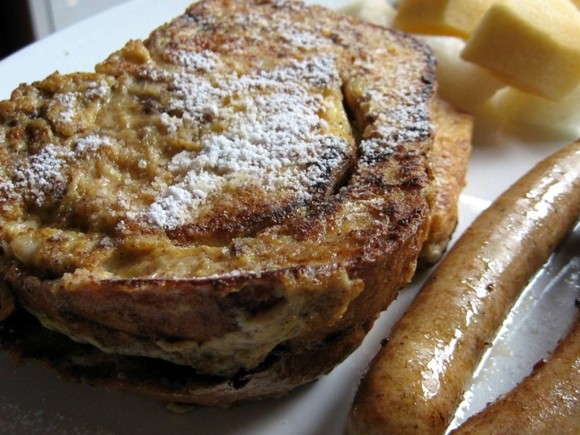 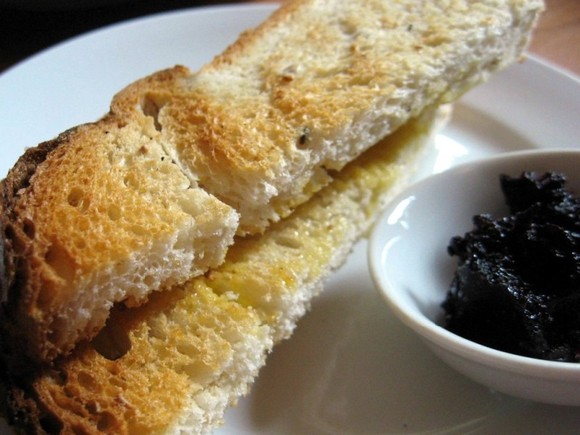 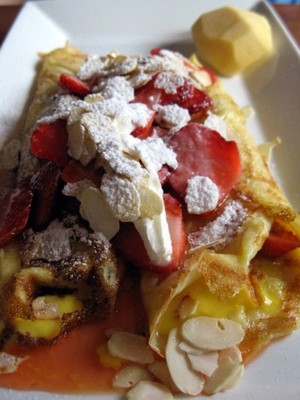 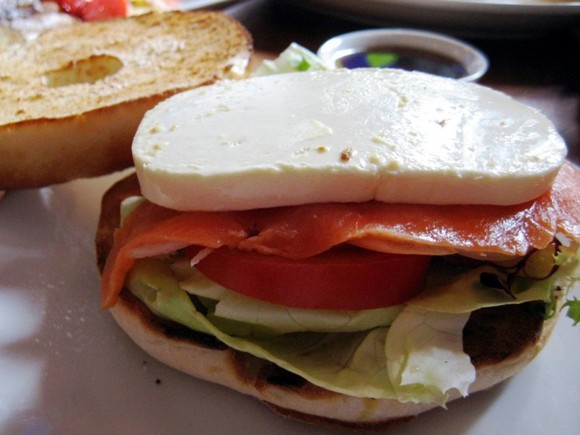 A half-marathon, 3K, 7K and 10K road race was organized earlier this month as part of French Cultural Week. Neither The Astronomer nor I were up for the half-marathon, so we both signed up for the 10K. The course, which weaved in and out of traffic, took us through downtown Saigon and along the riverfront. The Astronomer finished in the low 40s, while I finished in the low 50s. Our friend Matt who was visiting from Boston finished somewhere in between, and our Canadian friend Nina manhandled the 7K. Unlike the BBGV road race we participated in last September, this event attracted a good number of elite Vietnamese athletes. These boys and girls looked scrawny, ran barefoot and totally kicked my ass.

After pounding the pavement in the Saigon heat, The Astronomer, Matt and I wanted to carbo-load, and a hot Viet-sized bowl of noodles wasn’t going to cut it. We headed to Black Cat, which was voted one of the “Top 10 Places in the World You Must Eat” by CNN.com in 2006 and is home to the city’s largest cheeseburger.

Although indulging in a mammoth burger before noon was awfully tempting, all three of us stuck to the breakfast selections. The Astronomer had the French Connection brunch prix fixe that included a soursop smoothie, cinnamon French toast with sausage and apples, and buttered toast with blackberry jam. Although I prefer French toast made with thick slices of brioche and paired with real maple syrup, this version was definitely above average for lacking both elements. The sausage was well-seasoned and texturally unique due to its lack of casing, but the toast was a little too toasty for The Astronomer.

Matt ordered a mango smoothie and strawberry crepes with passion fruit cream; he shared a bite with me, which was super pleasant. It’s hard to go wrong with dessert for breakfast.

I ordered a toasted whole-grain bagel with “the works”—smoked salmon, lettuce, tomato and cream cheese. The bagel sandwich lost major points due to the dangerously skewed ratio of cream cheese to lox. Whenever I drop major dong for a sandwich that tastes no better than a 5,000 VND banh mi, I get mighty depressed. Oh, well.

Breakfast was fun, but forgettable. I will return to eat the famed burger because I like a good challenge and I know that gas•tron•o•my readers will appreciate another post about western food.