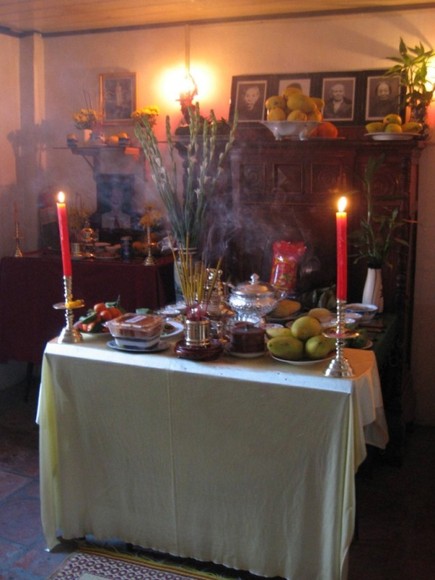 In addition to spending time with Ba Sau (my grandma’s sister) in Saigon, The Astronomer and I also see a lot of Ong Ty (my grandpa’s brother). Ong Ty lives in the house that my mom grew up in on Ly Chinh Thang Street in District 3. How cool is that? We usually meet him for lunch, but sometimes Ong Ty invites us to his home for special occasions, namely ancestor veneration.

Ancestor veneration is one of the most unifying aspects of Vietnamese culture, as practically all Vietnamese regardless of religious denomination (Buddhist or Christian) have an ancestor altar in their home or business.

In Vietnam, traditionally people didn’t celebrate birthdays (before western influence) but the death anniversary of a loved one was always an important occasion. Besides an essential gathering of family members for a banquet in memory of the deceased, incense sticks are burned along with hell notes, and great platters of fruit and food are made as offerings on the ancestor altar, which usually has pictures of the deceased.

These offerings and practices are done frequently during important traditional festivals, the starting of a new business, or even when a family member needs guidance or counsel, and is a hallmark of the emphasis Vietnamese culture places on filial duty.

Earlier this year we recognized my grandfather’s father and a couple weeks back there was a gathering for my grandfather’s mother. My American upbringing becomes very apparent during these occasions because I’m not too handy with the joss sticks or bowing on my knees (if you know what I mean). As a result, I pretty much just watch from the sidelines, which isn’t a big deal. 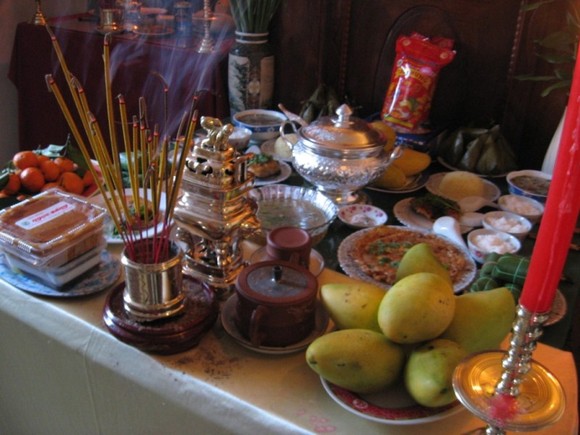 After everyone pays their respects to the deceased by lighting joss sticks and bowing on their knees, we feast! Here’s a close-up of the altar. 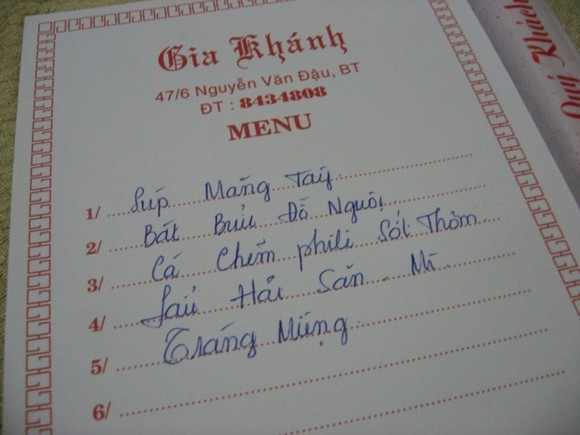 Another big difference between ancestor veneration here and back home is the food. Back in California, grandma makes the meal from scratch, but in Saigon, Ong Ty calls in the caterers. I’m pretty sure that the majority of Vietnamese households still make their spread from scratch, but Ong Ty’s wife isn’t much of a cook. 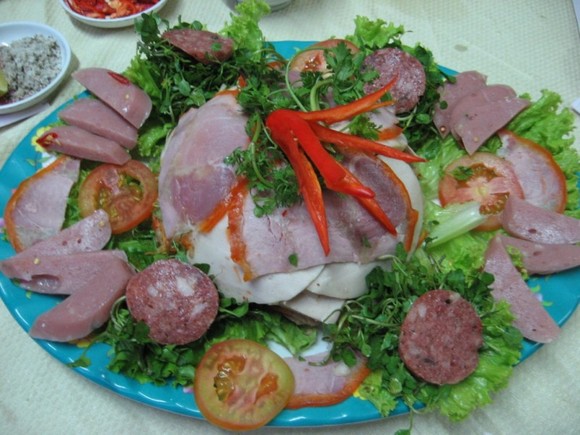 Dinner started off with a platter of head cheese and force meats, mostly of piggy origins. The usual suspects were present including cha, nem chua, ham and xa xiu. It was a little funny eating cold cuts without its good friend banh mi, but tasty nevertheless. 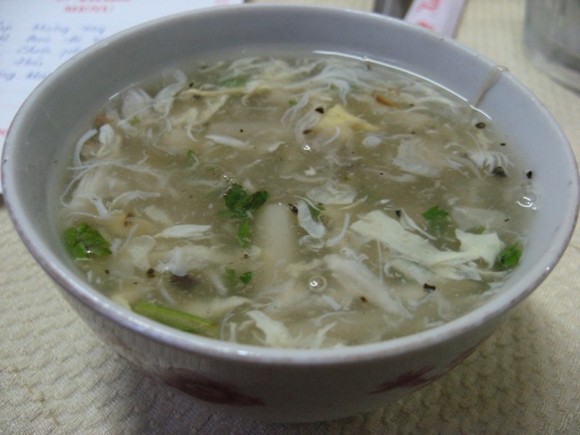 Next came a seafood soup with white asparagus. I’m not that enthusiastic about gelatinous soups, but the Vietnamese love the stuff. 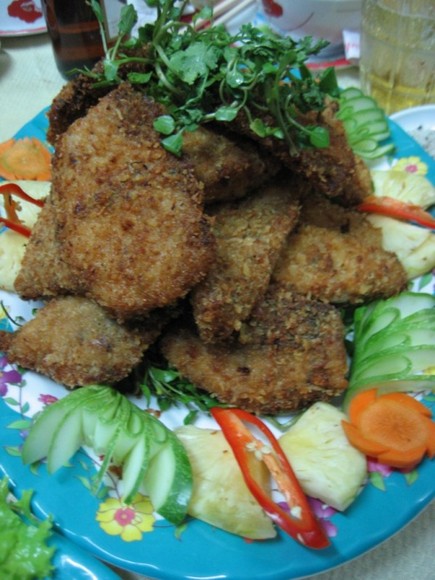 My favorite dish of the evening was comprised of flaky fillets of white fish battered, fried and topped with a tomato-based sauce and fresh watercress. I have only encountered this dish at Ong Ty’s house—a most rare Vietnamese dish indeed. 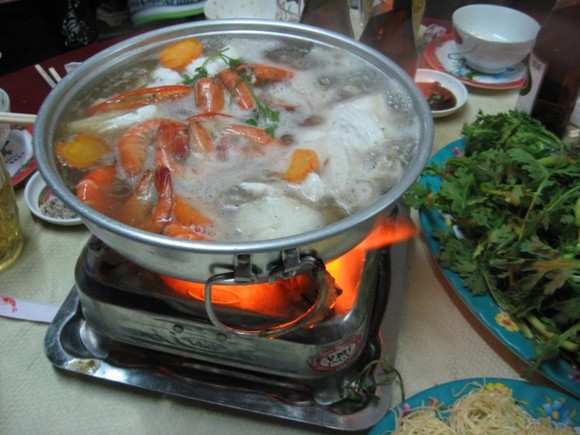 Is a multi-course Vietnamese meal truly complete without hot pot? I think not. This seafood-based broth was served with chrysanthemum leaves and egg noodles. 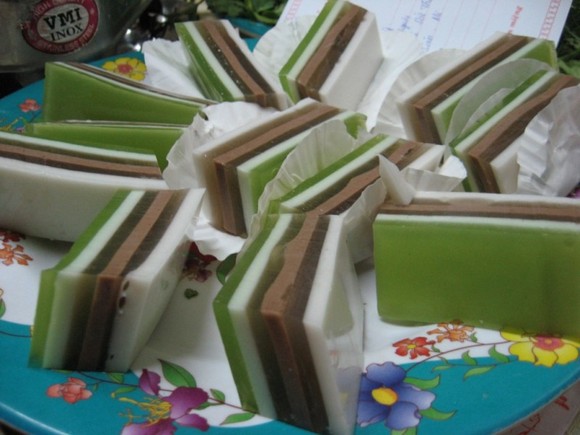 And lastly, a dessert of Vietnamese JELLO (thach). Ong Ty and his wife also packed goody bags for all the guests to bring home that included xoi (sticky rice) and fruits.

Oh, and I almost forgot to mention. Ancestor veneration is sort of like a frat party (that ends at eight o’clock). Okay, not really. But there are a lot of beers involved. It’s true both in Vietnam and America that a little alcohol makes family gatherings a lot more sprightly.