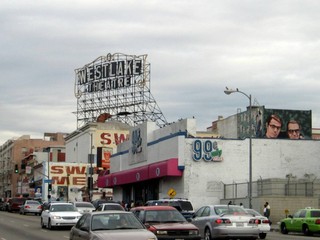 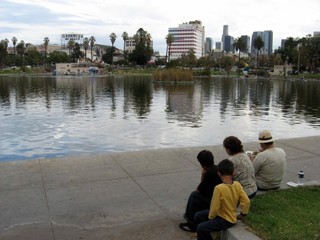 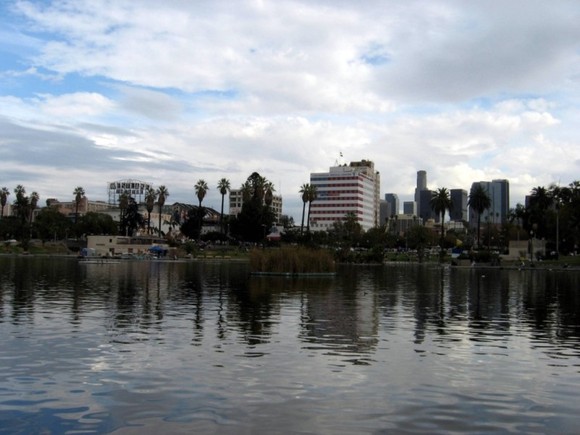 Growing up in San Diego, I associated Los Angeles with the gruesome riot, the Bloods and Crips, and insane traffic congestion. I probably formulated this violent view of the city because I watched a lot of television and Anaheim was the furthest north my family ever traveled.

Now that I’m a resident, my perspective has shifted. It would be a bit premature to proclaim my love for the city after only two months, but I must admit that I am crushing hard. The weather is perpetually gorgeous, the sidewalks are lovely for running, and the food options are seemingly limitless. I love the fact that in Los Angeles no ethnic or racial group forms a majority and that the city is home to the largest communities of Mexican, Vietnamese, Chinese, Korean and Iranian immigrants in the nation. Woot! 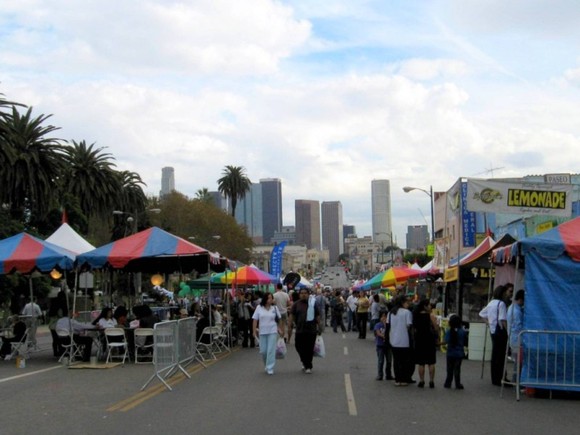 The first community event that I attended was the Los Angeles International Tamale Festival, which took place earlier this month at MacArthur Park. The festival crowd was a reflection of the city’s diverse inhabitants, and I couldn’t have been more thrilled to be part of the tasty, lard-intensive action. 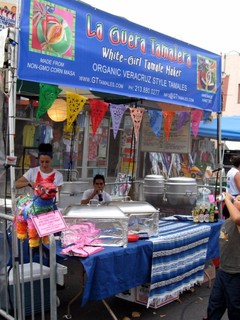 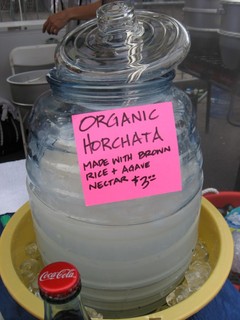 The festival attracted a plethora of local tamale vendors. While the majority of the vendors were preparing tamales using traditional ingredients, La Guera Tamalera was on hand to provide the hungry, health conscious crowd with organic Veracruz style tamales and organic horchata. Although the White Girl Tamale Maker’s claim of no lard and no trans fat sounded appealing to the health nut within, I stuck to the old school vendors to get a better sense of what an authentic tamale entailed. 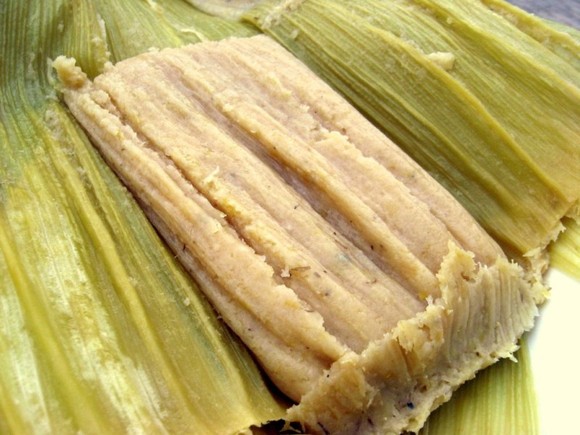 A tamale is a traditional indigenous Mexican food consisting of steam-cooked corn dough (masa) with or without a filling. Tamales can be filled with meats, cheese (post-colonial), and sliced chillies or any preparation according to taste. The tamale is generally wrapped in a corn husk or plantain (post-colonial) leaves before cooking, depending on the region from which they come.

I grew up eating tamales sporadically. My mom often brought home tamales prepared by her co-workers for my brother and I to sample. The Astronomer’s first tamale ever was the sweet corn tamale pictured above. Without any meaty filling, the tamale tasted pleasantly sweet, but a bit bland. 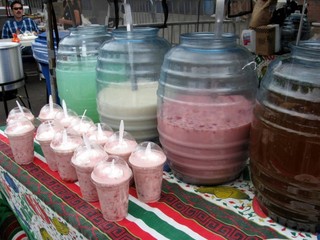 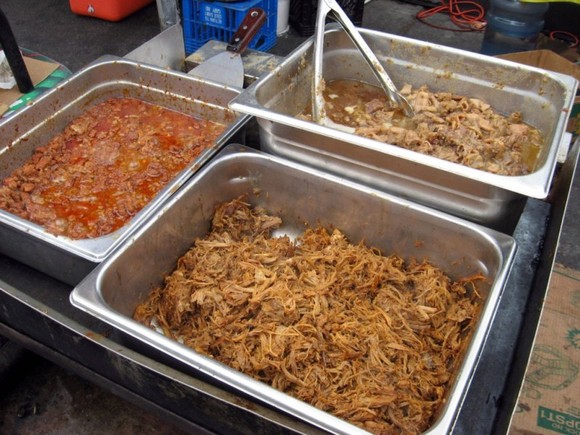 My first purchase of the day was a large cup of super-sweet, non-organic horchata and a tripe taco to go with it. I’m such a big fan of tripe that I will order it at any given opportunity, whether it’s in an Italian, Vietnamese or Mexican food setting. 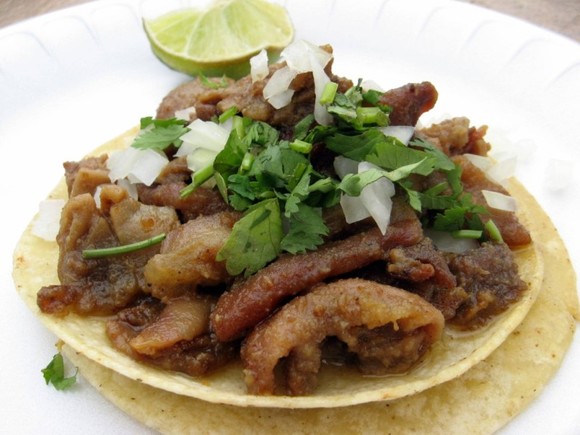 The tripe taco turned out to be more of an overarching offal taco rather than a tripe-centric creation. It contained way too much liver, which I find unappealing and grainy. 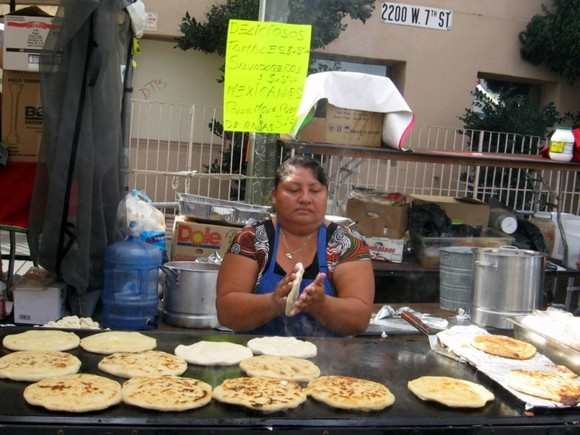 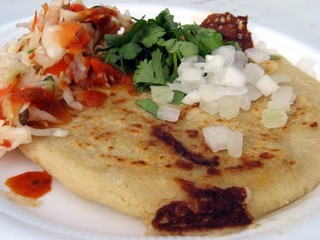 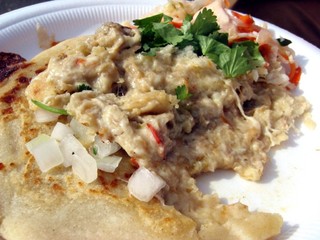 To wash away the taste and memory of the tripe taco gone awry, I sampled my very first pupusa! The pupusa was comprised of a thick, hand-made corn tortilla stuffed with cheese and pork—kind of like a thick and bread-y quesadilla. I topped the pupusa with freshly chopped onions, cilantro, hot sauce and a cabbage slaw. In case you haven’t heard or experienced them firsthand, pupusas totally rule—the warm savory pork and oozy cheese are a dynamic duo. 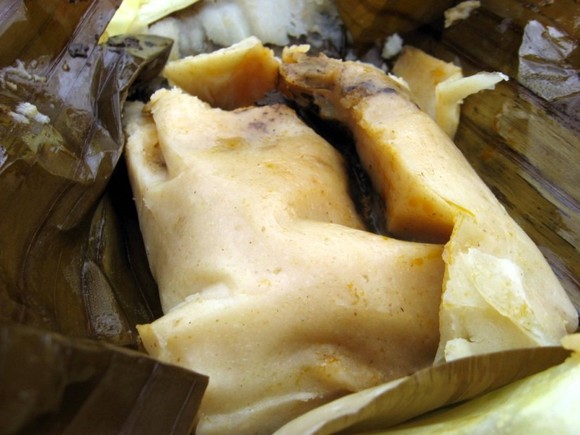 The Astronomer’s second tamale was a chicken with black mole. The mole was unevenly distributed in the filling, leading to a few amazing bites but a largely disappointing overall product. 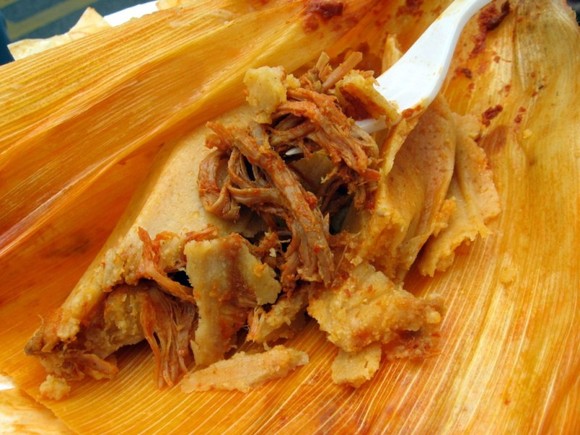 Our final tamale was a real winner. The porky innards combined with the earthy corn exterior tamale was absolutely que bueno! 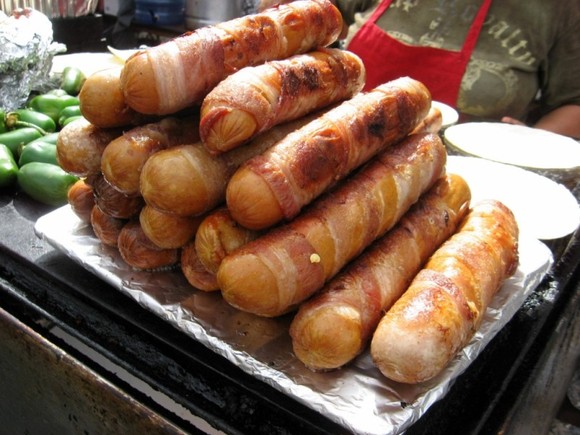 In somewhat unrelated news, I was really surprised by the large number of vendors dishing up hotdogs wrapped in bacon. 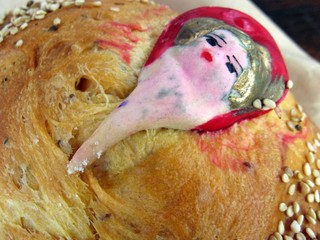 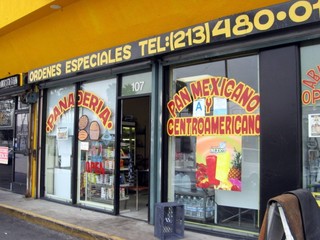 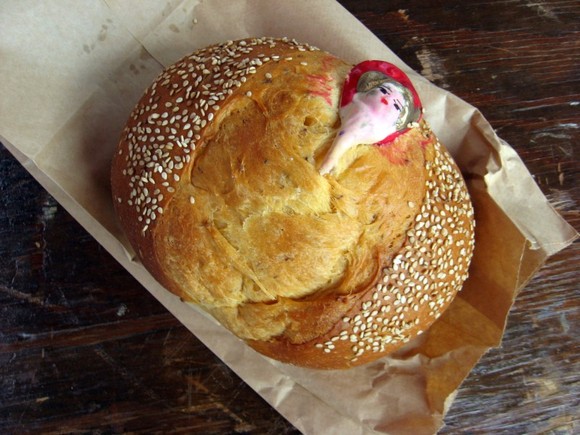 Since it was Dia De Los Muertos, before heading home The Astronomer and I popped into a nearby Panaderia (107 Park View Street Los Angeles, CA 90026) to purchase a loaf of pan de muerto (bread of the dead). 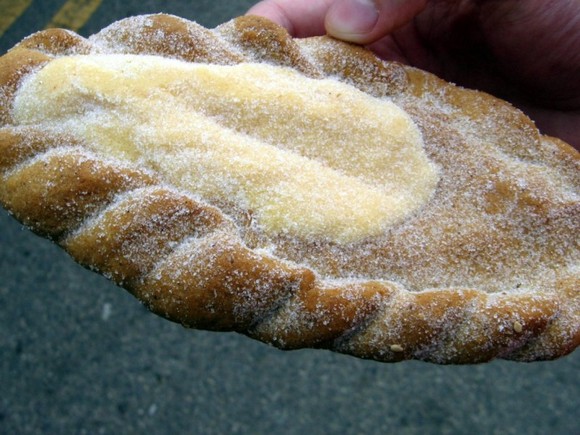 And a sugary butter cookie. I told you L.A. was cool.