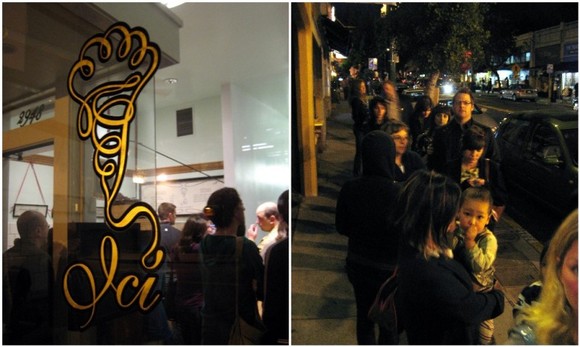 On the surface, the cities of Berkeley and Beverly Hills have about as much in common as a series of prime numbers. While the former favors intellectualism and green living, the latter embraces superficiality and surgical enhancements. But scratch beneath the surface, say, at a trendy sweets shop, and it’s apparent that these two cities aren’t very different after all—at least when it comes to sugar fixes.

It was way past nine on a Thursday night when The Astronomer and I, along with my gal pal Maria-Elena, arrived on the Ici scene. We had just finished up a solid dinner at Noodle Theory and were in the mood for a cold and sweet treat. As we approached the tiny storefront and saw a line out the door that stretched fifteen deep, I had flashbacks of my visit to Sprinkles in Beverly Hills. Whereas Sprinkles’ patrons donned Ed Hardy and carried small dogs, the ones at Ici seemed to prefer newborns and North Face fleeces.

It’s comforting to know that the premium desserts hype machine is alive and well in 90210 and 94705. 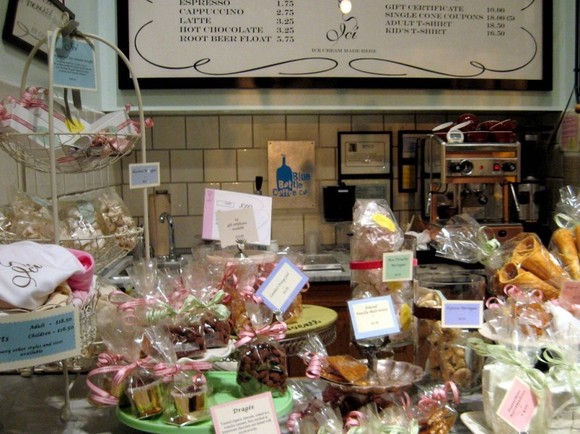 In addition to the eleven flavors of ice cream, sorbet, and sherbet on offer each day, Ici also sells crunchy nut brittles, homemade marshmallows, cookies, meringues, nougat, and caramels. The selection of sweets is splayed along the front counter to tempt impulse shoppers. The marshmallows looked especially delightful, but I kept my eyes on the prize. 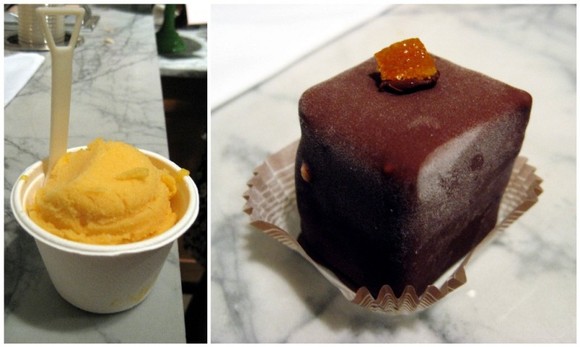 There’s a sign on Ici’s door requesting that each person only sample three flavors due to the large crowds, but I couldn’t make a sound decision without trying five. After hemming and hawing over a couple of so-so, not-so-strange flavors, I eventually settled on a scoop of peach-habanero sorbet ($2.85). Cones, which are hand-rolled and filled with chocolate at the tips, go for 75 cents extra.

I’m a big fan of fruity sorbets paired with spicy chilies. The most recent one I sampled at Bugarini Gelato—strawberries with chilies—was a real treat. Ici’s version packed a lot of heat, which was excellent, but wasn’t the least bit refreshing. The sorbet’s texture was oddly dry and dense, which left me desiring a cold glass of water to wash it all down. I’d like to revisit Ici on a day with more bizarro flavor offerings.

Maria-Elena’s orange chocolate bon bon ($1.75) was way better than my sorbet. The bite-sized square of orange-zested vanilla ice cream, hand dipped in bittersweet chocolate, was nothing short of fantastic.