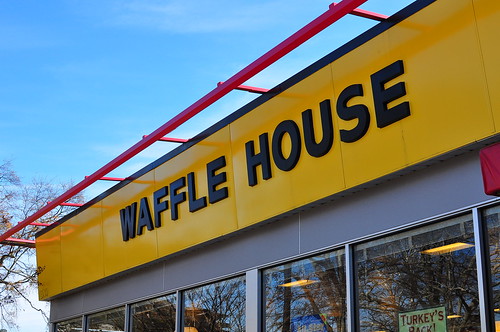 The Astronomer and I spent a lovely week down in Alabama during the recent holidays. Aside from baking twelve-layer cakes and sipping liquid nitrogen milkshakes, we also ventured east of Birmingham on an overnight bike trip with the entire family. Although we had planned to ride thirty miles along the Chief Ladiga Trail, twelve ended up being more than enough with temperatures barely in the forties. Before departing for home the following morning, we hit up Waffle House for a hearty Southern breakfast. 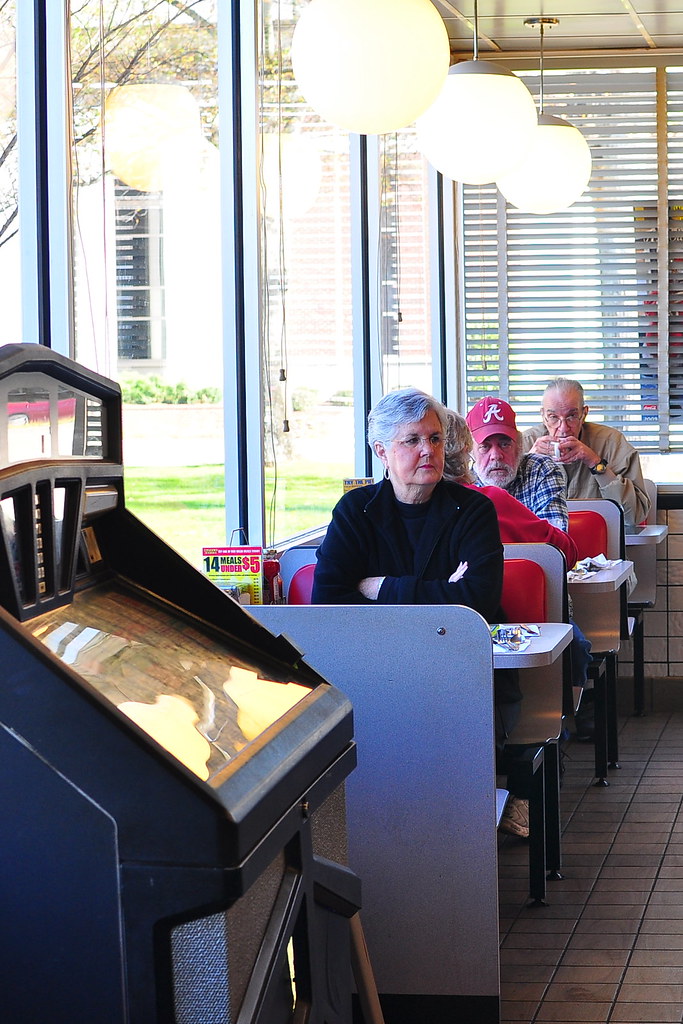 Waffle House has been a beloved icon of the South for the past 51 years. There are more than 1,500 locations in 25 states. Each branch of Waffle House is open 24 hours a day and 365 days a year. 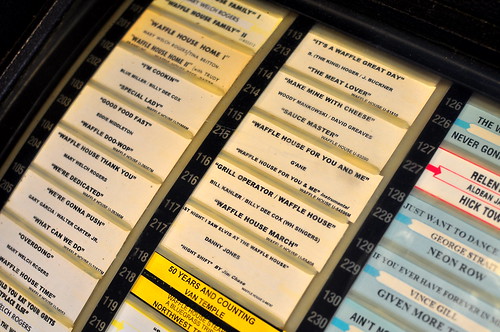 Almost every one of Waffle House’s outlets is outfitted with a jukebox that plays 45 rpm singles. At this location, the entire first column of selections and much of the second had songs about Waffle House and its food. Amazing. 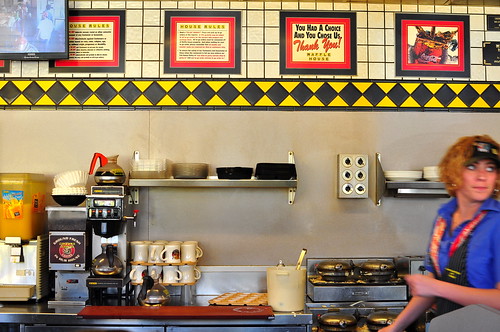 Waffle House fancies itself as a sit-down restaurant that is as fast and efficient as a drive-thru. According to the company’s website, “all food is prepared fresh, cooked to order, and served on real china in a kitchen that is out front and in full view.” The Astronomer tries not to watch the ladies behind the counter because their sanitary practices aren’t always pristine. I love how Waffle House refers to its plates as “real china.” 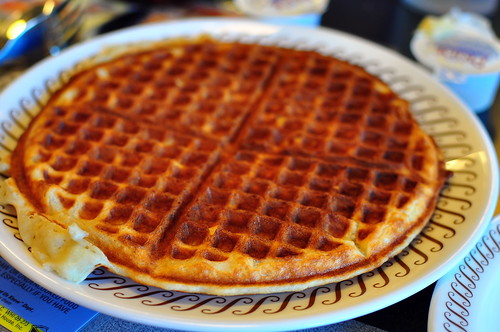 I ordered a single waffle with a side of bacon and was pleased with my selection. The waffle was expertly made—crisp, golden, slightly sweet, and moist where it counted. A canister filled with maple-flavored high-fructose corn syrup was available for drenching, but I preferred to eat it au naturale. Buttermilk waffles were also on offer, but according to The Astronomer’s mother and sister who ordered them, the regular ones were far superior. 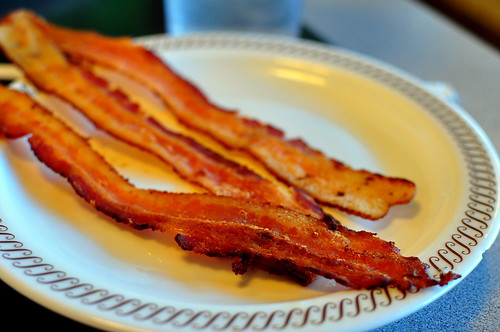 The three thin strips of bacon that arrived alongside my waffle were fried to a flattened crisp. Each bite resulted in a snappy, porky shard. 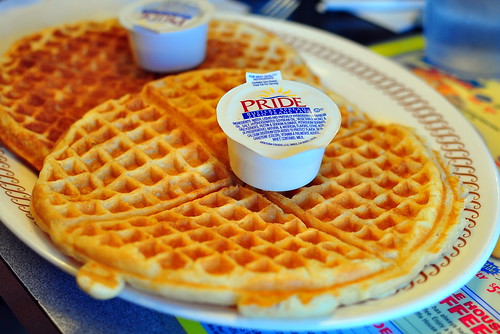 The Astronomer ordered his standby—a double waffle, straight up. Small plastic containers of Pride “buttery” spread accompanied each one. Whereas the texture of my waffle was firm yet moist, The Astronomer’s was mostly limp. During The Astronomer’s past two visits to Waffle House, his waffles have been undercooked. It’s a shame that inconsistency plagues such a charming establishment. 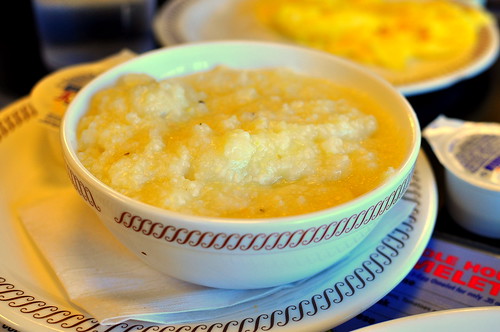 To round out our breakfast of champions, The Astronomer and I shared a warm bowl of grits. Its creamy consistency, slightly coarse texture, and mild flavor was an ideal complement to my waffles and bacon. A pat of real butter would’ve made it even better.