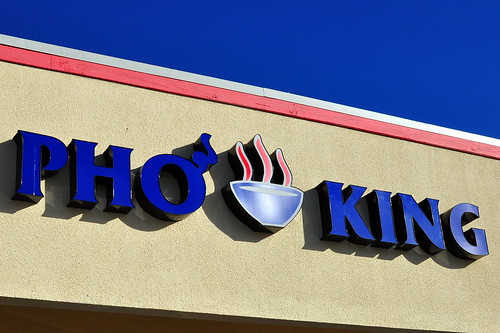 You know what tastes really sweet? Victory. For the second year in a row, The Astronomer and my fantasy football team, Team Người Đẹp, trounced everyone in the league to capture the championship title. The competition was fierce, but with Drew Brees and Randy Moss leading our lineup, the others didn’t have a chance. Team Người Đẹp was a force to be reckoned with.

I went head-to-head against my cousin Phil twice this year, once in the regular season and then again in the playoffs. To make our virtual battles more interesting, a few harmless bets were placed. The first wager required the losing party to take the winning one out for a meal at Phở King. The Astronomer and I cashed in on our winnings during a recent visit to San Diego. Free meals are phở-king awesome! 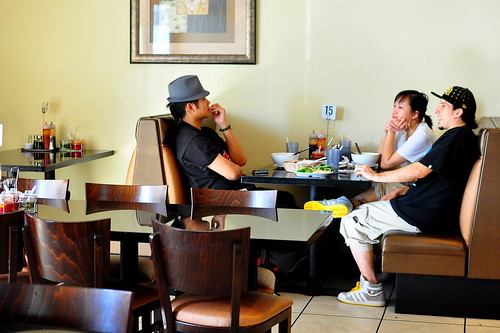 Phở King is located in the same City Heights neighborhood as some of my favorite Vietnamese eateries—Pho Hoa, A Chau, and Minh Ky. In contrast to Pho Hoa, my dark and dingy phở standby in town, the interior at Phở King was bright, well-appointed, and spotless. The crowd was a mix of old and young, Vietnamese and not. 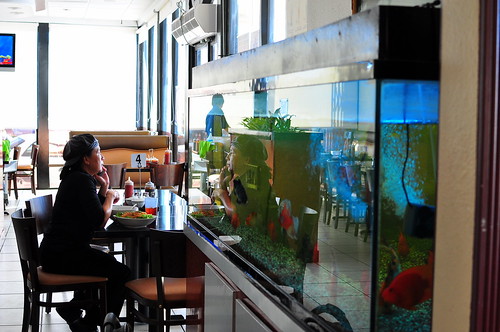 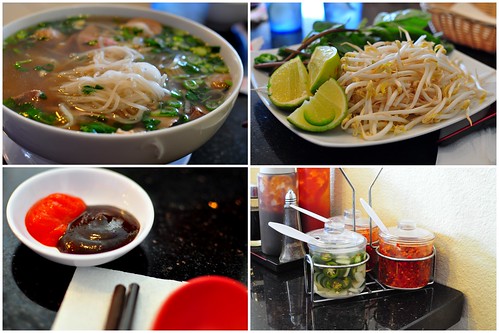 The Astronomer ordered a large bowl of the Phở King, which included a hefty heap of noodles with rare beef, brisket, flank, and meatballs. Overall, The Astronomer was very happy with his bowl of phở, but his number one spot is still held by the District 4 phở cart in Saigon. 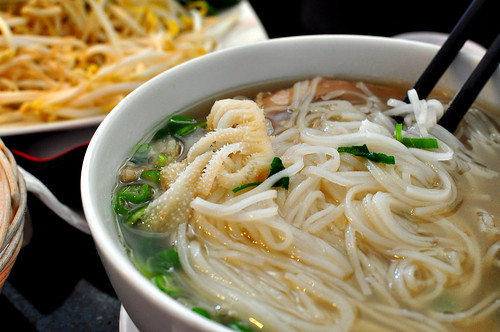 I went for a small bowl of the phở đặc biệt, which included rare beef, brisket, flank, and my personal favorite bit, tripe. While the noodles and meats were standard, I found the clear and beefy broth noteworthy. Usually after I finish the noodles in a bowl of phở, I leave the broth uneaten due to its dark and oily state. However, this broth merited hearty slurps long after the noodles were gone. In spite of the outrageousness of its name, which I believe none of the proprietors are aware of, Phở King makes some solid phở.