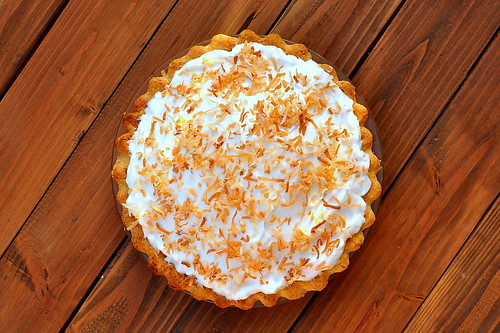 I’m as predictable as they come when it comes to desserts. Presented with a menu of sweets at the end of a meal, I always end up choosing the one featuring salted caramel or seasonal fruits. Recently though, I’ve branched out beyond the usual and opened my heart to coconut. I don’t know whether I’ve been influenced by my Vietnamese roots or the transformative Roasted Coconut Cream Torte I sampled at Extraordinary Desserts a few months ago, but these days, I can’t resist anything cool, creamy, and heavy on the coconut.

Haunted by a most heavenly coconut cream tart that I recently indulged in at San Francisco’s Tartine Bakery, I felt compelled and inspired to bake my own coconut cream pie. As good fortune would have it, this month’s Cooking Light magazine featured a lightened up recipe that promised to be nothing less than completely satisfying. Low-cal desserts aren’t usually my thing, but this recipe sounded perfectly well-rounded.

The finished product hit all the notes that I demand in a great coconut dessert—it was fragrant, smooth, distinctly coconut-y, and transported me somewhere tropical and warm. Next time around, I’m painting the bottom of the crust with a thin coating of chocolate to truly capture the Tartine experience at home. 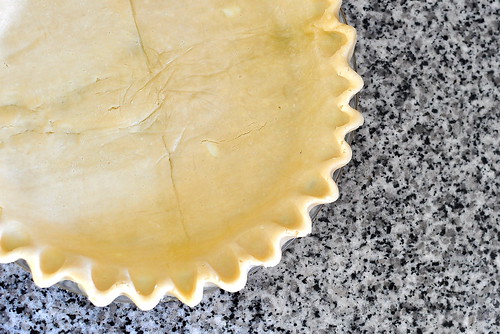 Preheat oven to 425°. Fit dough into a 9-inch pie plate coated with cooking spray. Fold edges under; flute by using your index finger to push the dough between the thumb and index finger of your other hand to form a “U” shape. Continue the same motion all around the pie plate.

Line dough with foil; arrange pie weights or dried beans on foil. Bake at 425° for 10 minutes; remove weights and foil, and bake an additional 10 minutes or until golden. Cool completely on a wire rack. While the oven is on, toast 1/4 cup flaked sweetened coconut. Set aside to cool. 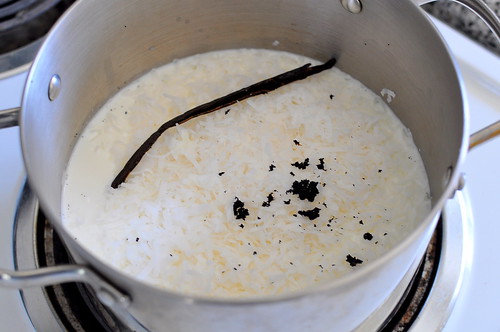 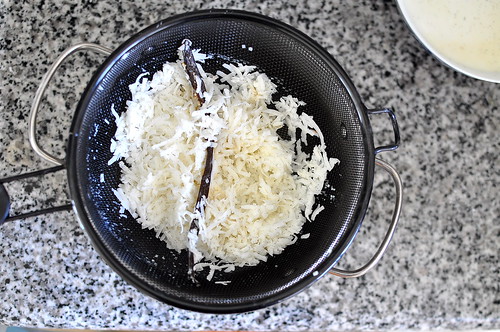 Strain milk mixture through a cheesecloth-lined sieve into a bowl. Gather edges of cheesecloth; squeeze over bowl to release moisture. Discard solids.

I didn’t have any cheesecloth on hand, so I used a fine mesh strainer instead. The mixture was free of coconut solids, but a few vanilla bean seeds remained. 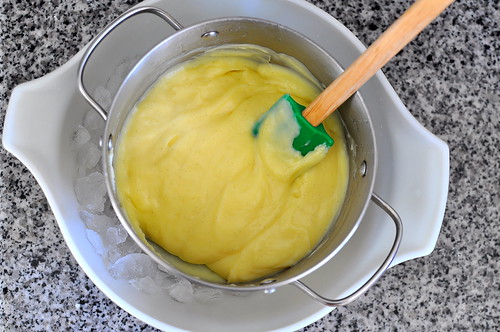 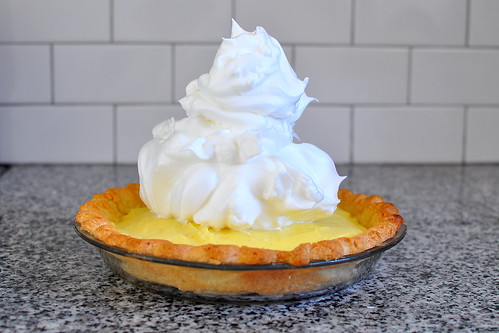 Place 3 egg whites and cream of tartar in a large bowl; beat with a mixer at high speed until soft peaks form. Combine 1/2 cup sugar and 1/4 cup water in a saucepan; bring to a boil. Cook, without stirring, until candy thermometer registers 250°. Pour hot sugar syrup in a thin stream over egg whites, beating at high speed until thick. Spread meringue over pie. Cover and refrigerate at least 2 hours. Top with toasted coconut before serving. 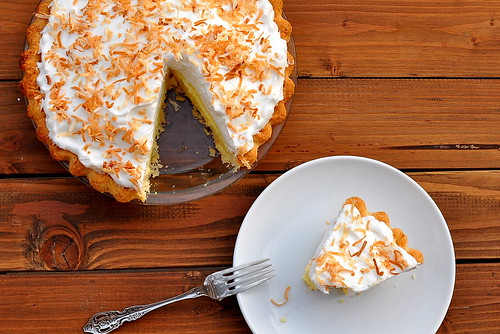