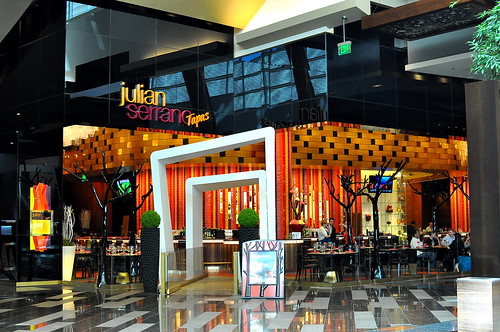 After three days of reveling like rock stars at the Aria Resort & Casino, the #Foodies2Aria express arrived at its final stop: Julian Serrano. Modern tapas, traditional paella, and Chef Serrano’s favorite breakfast were all on deck before heading to the airport. 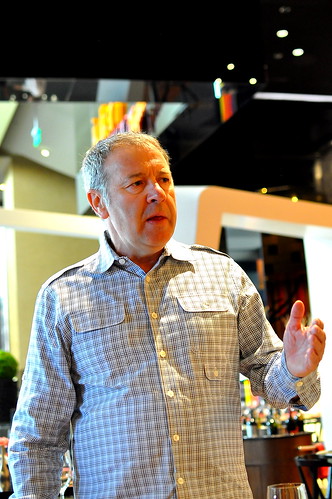 Chef Serrano is best known for his Mediterranean-French cooking at Picasso at the Bellagio. The restaurant has received two Michelin stars, as well as the AAA Five Diamond Award for nine years counting.

Here at his eponymous restaurant, Chef Serrano shares the cuisine of his native Spain. From small plates to seafood to charcuterie, I was excited to revisit the flavors and dishes that I fell in love with while honeymooning in the country last year. 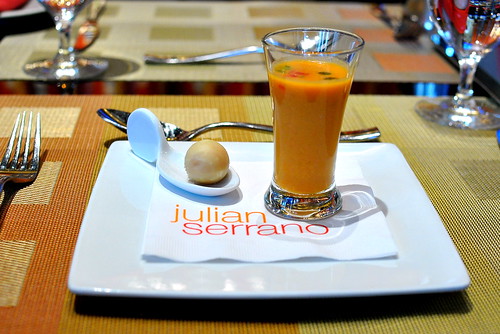 To start, a cool shot of gazpacho with a filled sphere on the side. I’ve yet to warm up to cold soups, so I found this dish perfectly nice, but not much else. 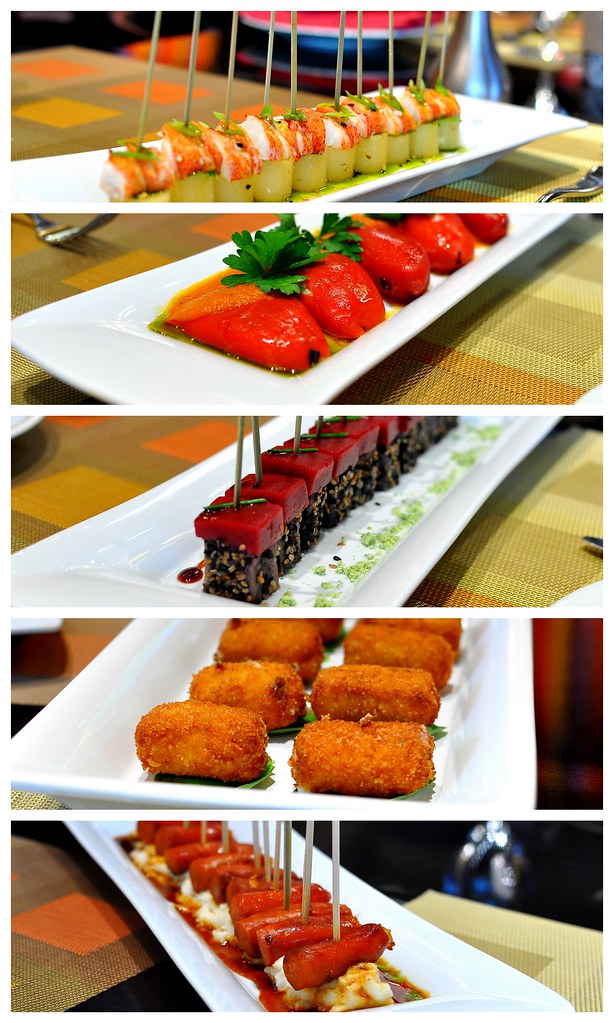 Next, we were treated to five different tapas, including lobster with pureed pineapple skewers, stuffed Piquillo peppers with goat cheese and mushrooms, tuna and raspberry gelee skewers, chicken croquetas, and pintxo de chorizos. While all of the small plates were moreish and paired well with my morning sangria, my favorites were the croquetas and the chorizo.

The croquetas, which had the most luscious texture and golden crust, are made by a single cook at the restaurant. In order to assure that the bechamel’s consistency is perfect every time, Chef Serrano believes that it is important to have a specialist behind the stove. It’s the simplest dishes that are most difficult to get right, he said.

The chorizo, which was made from famed black footed Iberian pigs, was served atop garlicky mashed potatoes. Damn those sausages were tasty! 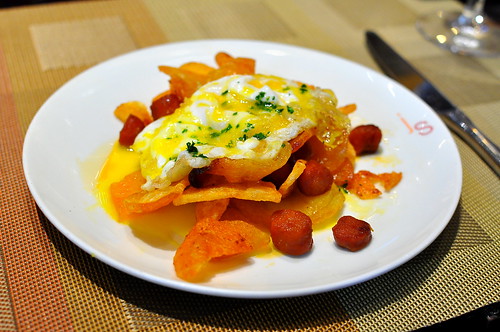 Following the parade of tapas, we were each served a plate of huevos estrellados, the Chef’s favorite breakfast. The simple, yet immensely satisfying dish was comprised of eggs over easy with chorizo Iberico and thick slices of fried and spiced potatoes. 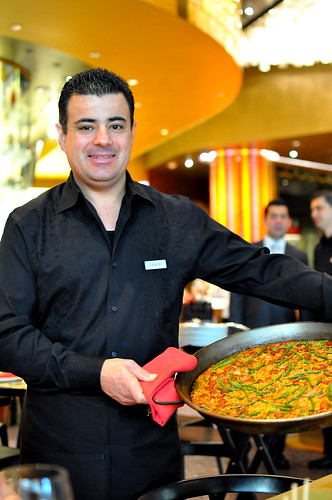 The next course, a paella Valenciana, was presented to us in its pan before serving. This gesture put a huge smile on my face because it reminded me of the time The Astronomer and I spent in Valencia; the waiters at L’estimat always brought over the finished dish before serving it up. 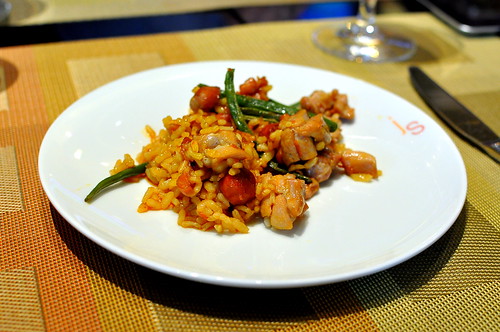 The paella Valenciana included rabbit, chorizo, chicken, and heaps of saffron. The only thing that was missing were some snails. 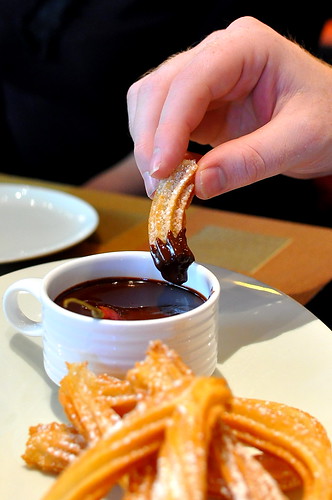 To finish, freshly fried churros, just like the ones from Chocolatería San Ginés in Madrid. The fried pieces of dough were light and crisp, while the chocolate was warm and spicy.

While the vibe of Julian Serrano feels very Vegas, the flavors here are deeply and deliciously Spanish.