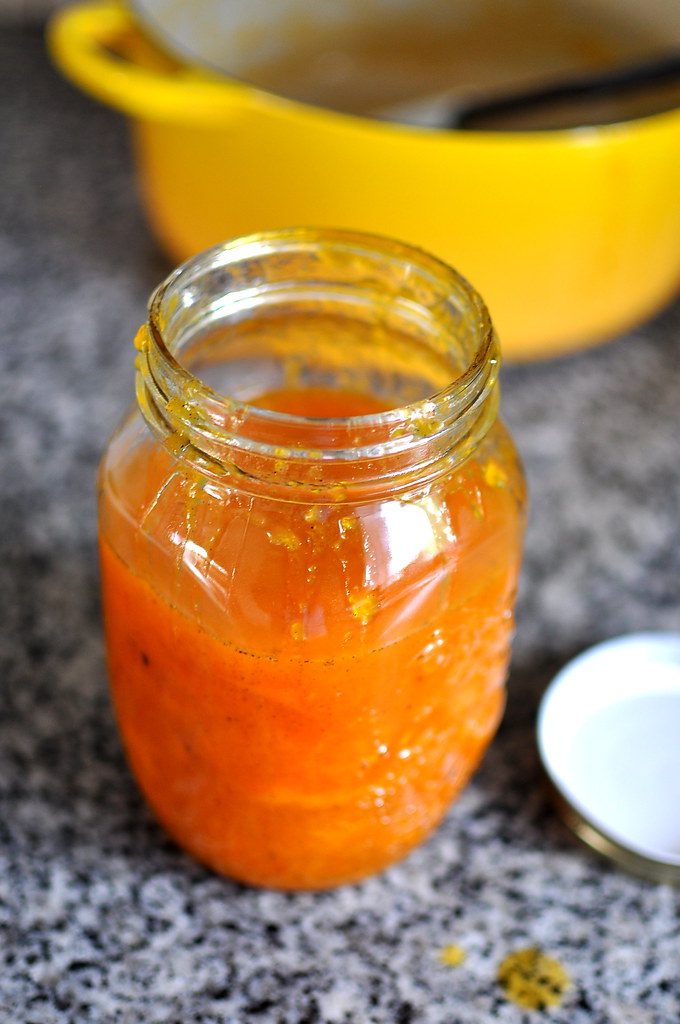 Making preserves has always held a fascination for me, but so far I’ve shied away because it seemed like such a to-do. To avoid the fussiness of traditional jam making, Ruth Reichl suggests making small, “dangerously delicious” batches that can be consumed within the span of a few weeks, thus eliminating all need for special materials and specific methods. Win, win. I’m in.

After procuring two pounds of apricots and setting aside an evening without commitments, I set out to make my first lazy man’s jam. First, I pulled apart the fruit using my bare hands, leaving the skins on and removing the pits, then I made a simple syrup and macerated half the fruit in it. More fruit, a whole vanilla bean, and a squeeze of lemon juice later, I had a dangerously delicious apricot jam on my hands. I couldn’t believe how awesomely simple it all was.

The Astronomer and I have been slathering this stuff on everything from traditional toast to gio chao quay (Chinese fried crullers). The crullers’ salty notes play well with the jam’s intrinsic sweetness. Additionally, I’ve been jazzing up my plain Greek yogurt with a generous dollop.

This jam is our jam. 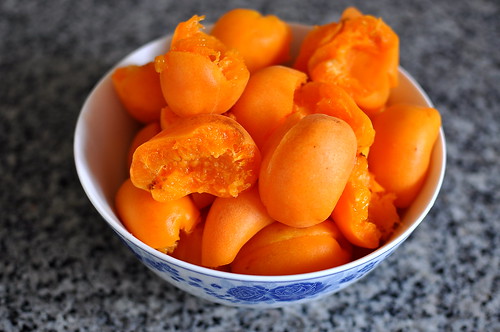 Pull apart the apricots using your hands, leaving the skins on and removing the pits. 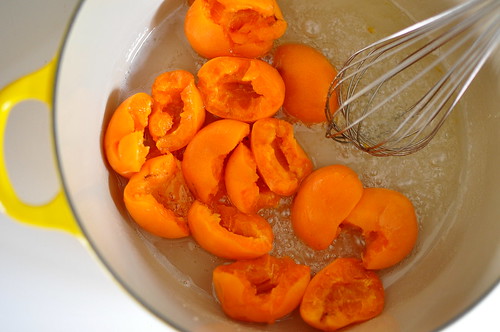 Stir the sugar and water together in a small heavy bottomed saucepan and bring to a boil. Reduce the heat and simmer, stirring until clear, 1-2 minutes. Add half the apricots to the syrup. Simmer until they disintegrate, stirring, for about 10 minutes. 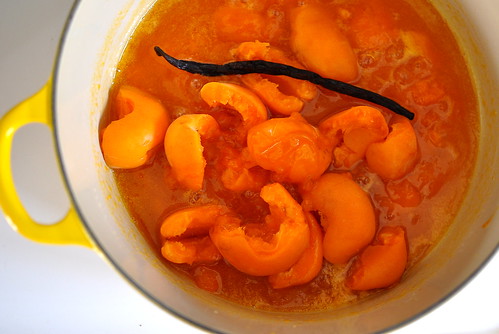 Add the remaining apricots and vanilla bean, and stir for another 5-7 minutes, until the apricots soften. 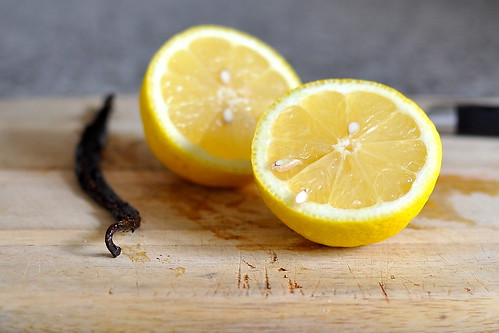 Remove the vanilla bean. Slice it the long way, and run a knife along the inside edge to remove the seeds. Stir the seeds into the jam. Add the lemon juice and cook for another 3 minutes. 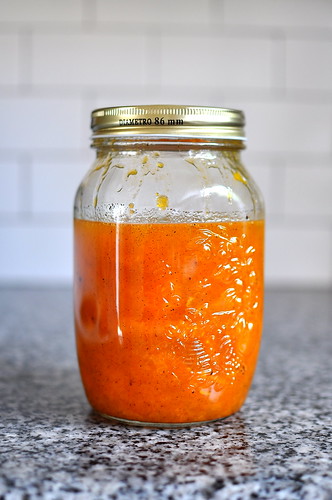 The jam will keep well in the refrigerator for a couple of weeks.