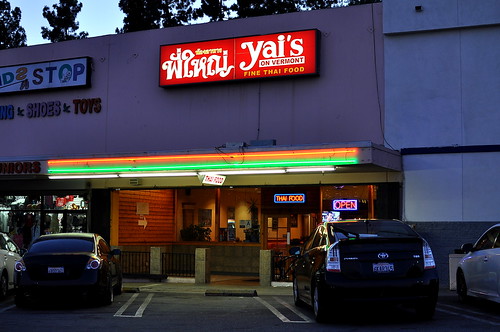 As my mind was shifting from deep sleep to mild consciousness early this morning, this cheery poem crept into my head. It was an admittedly strange way to wake up, but hey, that’s how introductions to blog posts get written sometimes! 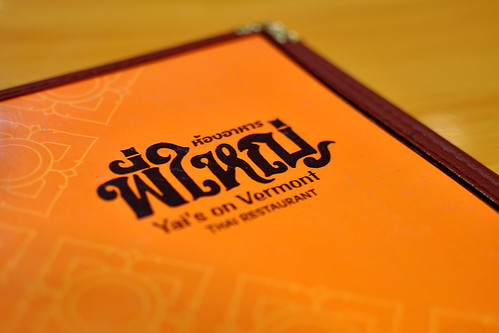 With two locations around town, one on Vermont and the original on the edge of Thaitown, Yai’s is a favorite of my friend Natasha. She suggested we dine here to catch up on life’s happenings, along with our friend Lien.

I am a creature of habit when it comes to Thai restaurants, mostly because Pa Ord and Ruen Pair are so damn good, so I was excited to test drive a potential new favorite. 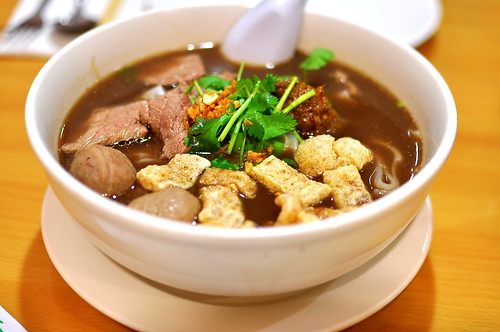 Natasha was in a noodle soup kind of mood this evening, so an order of boat noodles ($5.95) was a must. The version served here arrived tripe- and liver-less to our dismay, but somewhat made up for it with plenty of squeaky meatballs, thinly sliced beef, and pork cracklings. Rumor has it the original Yai’s, whose clientele is mostly Thai, doesn’t skip out on these tasty odds and ends.

Innards aside, the broth was warming and tasty, especially after Natasha doctored it up with the slew of table-side condiments. Still, Pa Ord’s bowl reigns supreme for me. 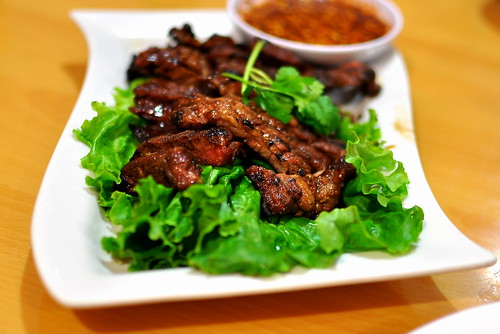 The “B.B.Q. Beef” ($7.95) appetizer came highly recommended by Natasha, and it was as good as billed. Grilled medium rare and served with an awesomely spicy and tangy sauce, the steak totally hit the spot. 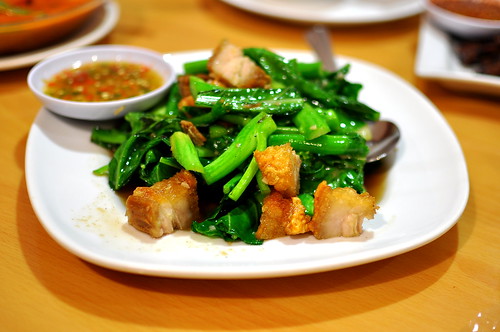 For the vegetable portion of our meal, we settled on the crispy pork with Chinese broccoli. The greens were snappy and slicked in a sweetish sauce, while the pork seduced with its blistered skin and molten fat. If only all vegetables were topped with deep-fried pork… 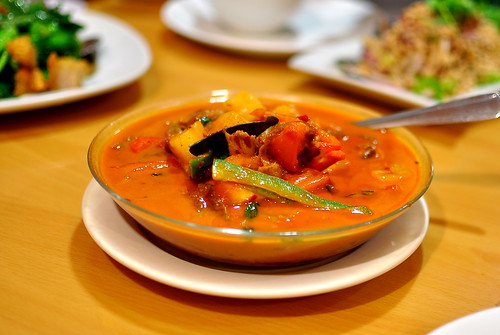 Another one of Natasha’s favorites at Yai’s is the “B.B.Q. Duck Curry” ($10.95), a red curry made from coconut milk and balanced with fresh pineapple. Ladled over rice, the curry hit a rich and totally comforting note. 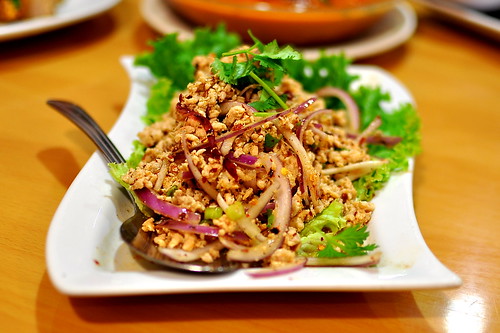 And finally, an order of chicken larb ($7.25). The aroma of the roasted rice powder, along with seasonings that struck a perfect balance between sweet, sour, and spicy, made this dish one of my favorites of the night.

There’s so much to eat in and around the Hills of Holly: