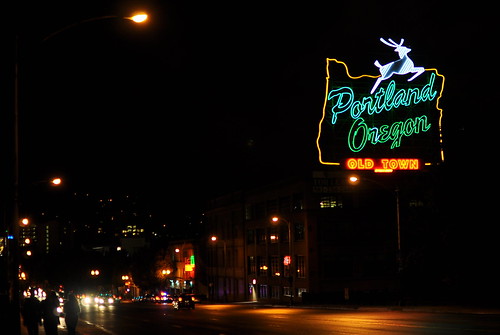 With just 40 hours in Portland, my girlfriends and I managed to cram in 10 solid dining destinations without a hitch. From Friday evening to Sunday afternoon, we filled our drizzly days with savories, sweets, and seemingly everything in between. Not to mention lots of walking to balance everything all out, or so we hoped. 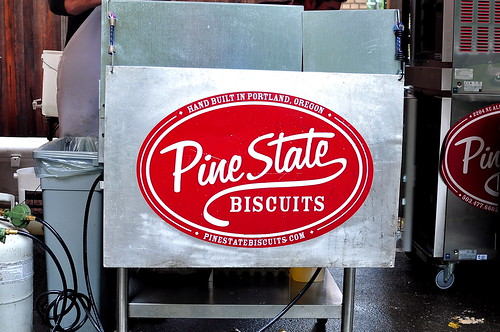 Pine State Biscuits launched their kitchen at the Portland Farmers Market in 2006. Even with a  brick and mortar location on Belmont Avenue, which opened in 2008, the trio behind the operation continues to lug their stoves to the farmers market each Saturday to feed the hoards of hungry fans. 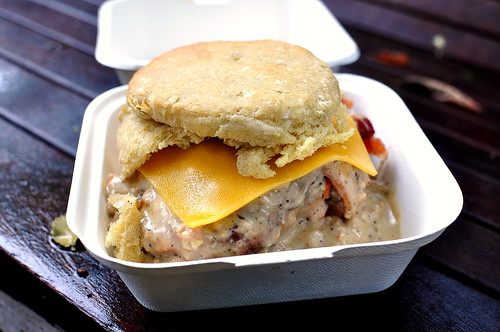 We dug into “The Reggie,” a fried chicken, bacon, and cheese situation, topped with a whole lot of gravy. 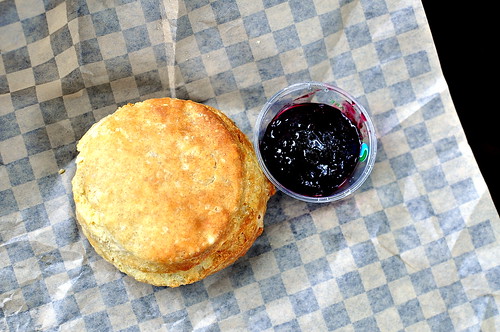 We also shared a buttermilk biscuit with marionberry jam.

We collectively have sky-high biscuit standards, and we found these specimens mostly lacking. Perhaps there was something in the damp air that kept the biscuits from reaching their flaky, buttery potential this morning… 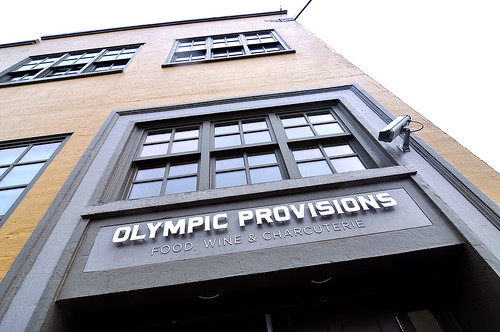 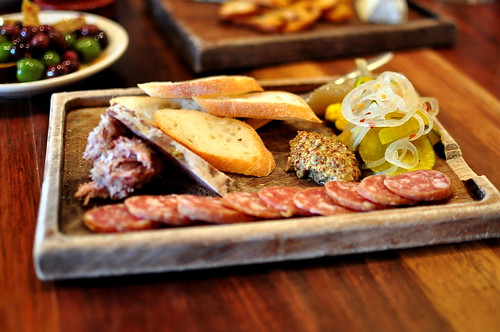 We dropped in during happy hour and took advantage of specially priced meat and cheese boards. We selected the French-themed meat board piled with rilettes, salami, and pate served with crostini, housemade pickles, and wholegrain mustard. 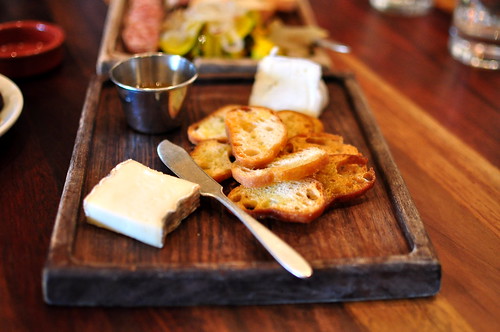 The Spanish-themed cheese board included a selection of soft, hard, and runny queso, as well as a sweet, jammy condiment. A few rounds of wine rounded out our happy hour. 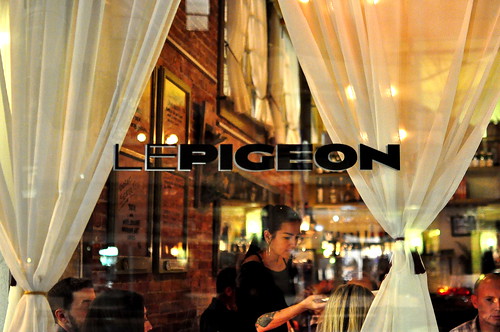 I made a reservation at Le Pigeon just as soon as we booked our flights to Portland. Here, Chef Gabriel Rucker, James Beard 2011 Rising Star Chef of the Year, prepares his signature haute comfort cuisine. 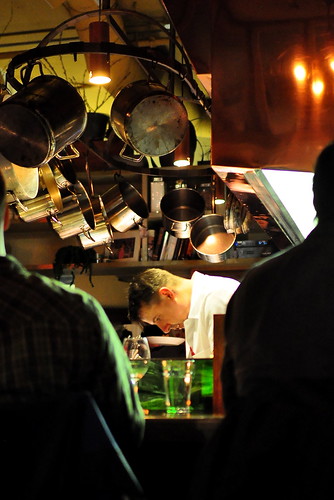 The restaurant is comprised of a large open kitchen, seven tables, and a chef’s counter. Our group was too large for the chef’s counter, so we were seated at a communal table next to a trio of gruff locals. Next time, chef’s counter or bust. 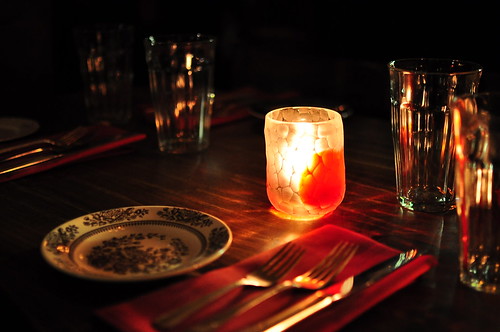 The menu here is wonderfully short and sweet—half a dozen appetizers and half a dozen entrees. There are also two tasting menus.

We ordered a la cart and shared a number of spectacular dishes, including glazed eels with figs and unagi custard, and pillowy potato gnocchi in a curried tomato sauce. Le Pigeon’s famous burger, adorned with butter lettuce and blue cheese dressing, was nothing short of beefy bliss. 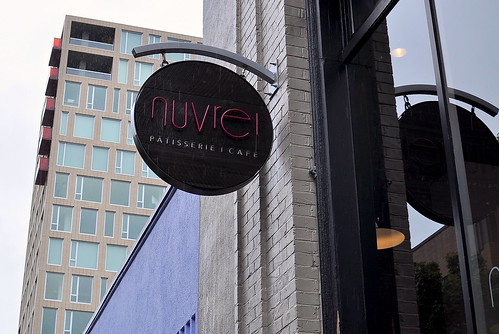 Rather than twiddle our thumbs while waiting for our names to be called for brunch, we moseyed over to Marius Pop’s seriously stupendous bakery, Nuvrei, which he opened in 2004. Nuvrei means “‘Would you like to have?” in Romanian. 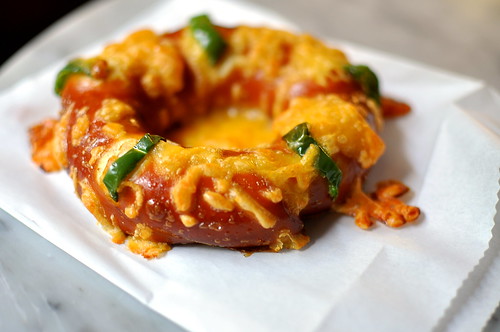 I selected a cheddar, jalapeno, and asiago bagel, which is hand-made daily with Nuvrei’s signature pretzel dough. Chewy and cheesy, this bagel was rockin’. 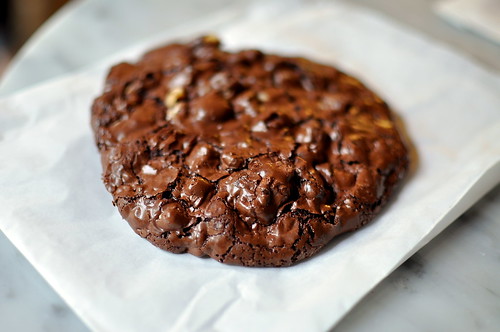 Hourie selected the “Chewy Chocolate Walnut,” a flourless cookie that lived up to its chewy and chocolaty billing. She brought a few cookies back for friends in Los Angeles—it was that good. 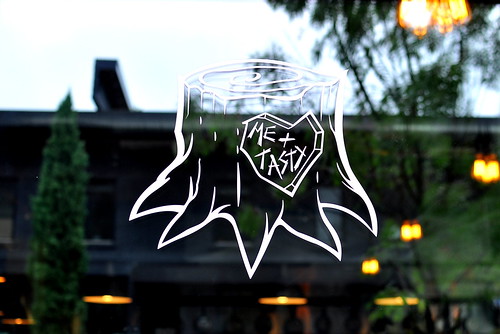 We brunched at Tasty n Alder for our final meal in Portland on Sunday. It is the sister restaurant to perpetually packed brunch haven Tasty n Sons. 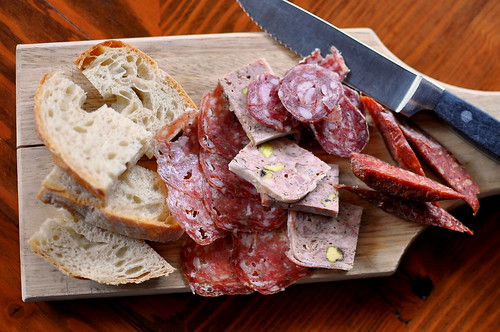 We were all in a nibbly mood this morning, so we shared a cheese board, as well as “Josh’s Meat Board” featuring Toro Bravo charcuterie. The pate tasted like the stuff that’s smeared on Vietnamese sandwiches—mmm! 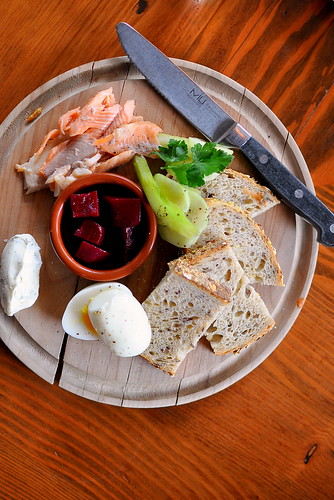 I insisted on the smoked trout, which was served with pickled beets, a hard boiled egg, creme friache, a celery salad, and rye bread. Simple, clean, and satisfying. 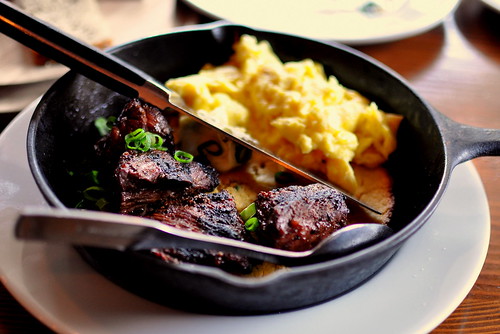 To round out our spread, an order of “Tasty ​Steak and Cheddar Eggs” served​​​ ​with a cornmeal pancake and jalapeno butter. 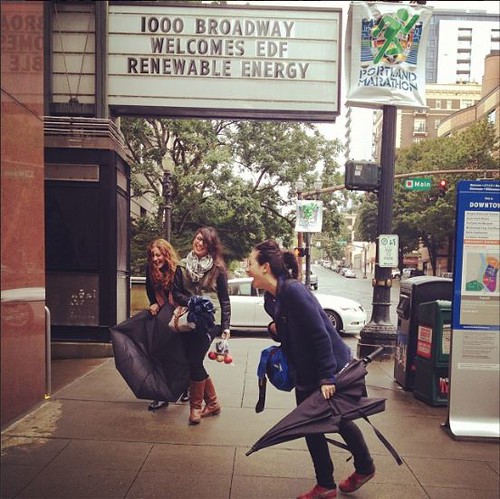 It was a really good trip.