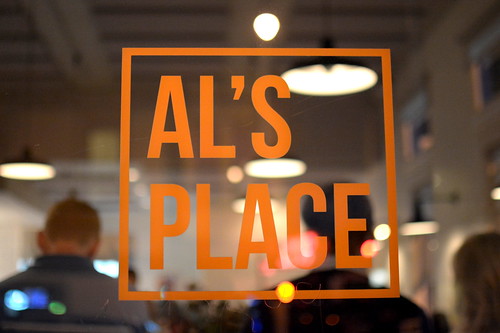 On my second night in San Francisco, I met up with my Bay Area-dwelling cousins for a family dinner at Al’s Place, the newly anointed best new restaurant in America by Bon Appetit. 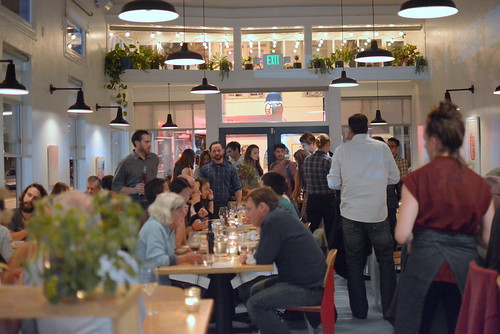 Here at the corner of Valencia and 26th Street on a quieter stretch of the Mission, Chef Aaron London cooks mostly vegetables and a little meat.  This makes sense because prior to opening Al’s Place, he was the chef of the much-lauded vegetarian restaurant Ubuntu in Napa. 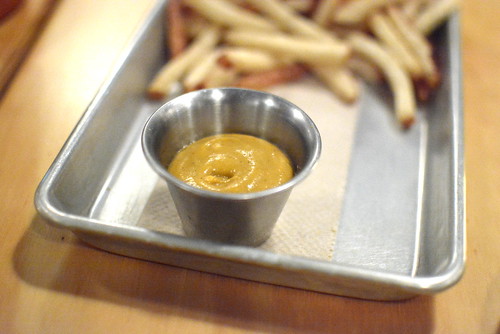 We began with a duo of “Snackles.” First up were the brine-pickled french fries ($7) served with smoked apple sauce.  They were perfectly snackable and even palatable, but not quite the revelation that Bon Appetit’s Andrew Knowlton made them out to be. Can’t say this is the first time I’ve fallen victim to hyperbolic food writing. 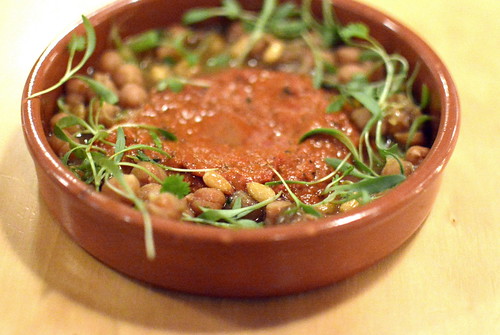 We also sampled the chickpeas a la catalan in a bright and chunky romesco sauce ($7). 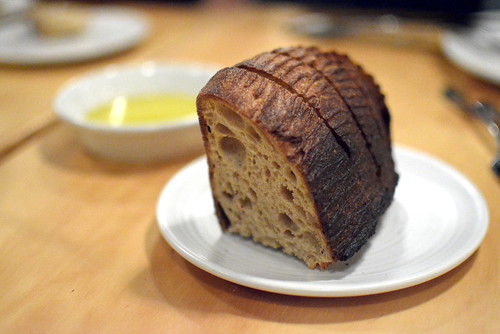 Bread, which is available upon request and wonderfully crusty, was served with a dish of grassy olive oil. 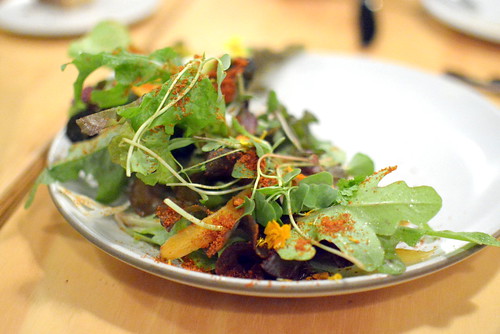 From the “Cold/Cool” section of the menu, we shared a salad comprised of baby lettuces, herbed avocado, and a pistachio crumble ($15). 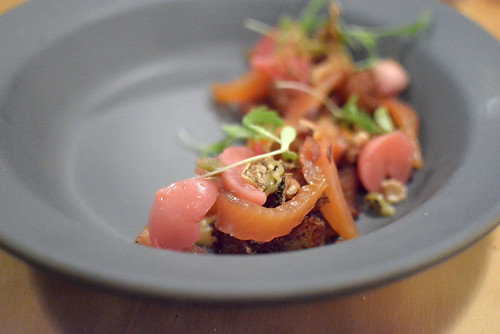 Next up was the lightly cured trout with crispy potato, smashed turnip, and bagna cauda ($16). 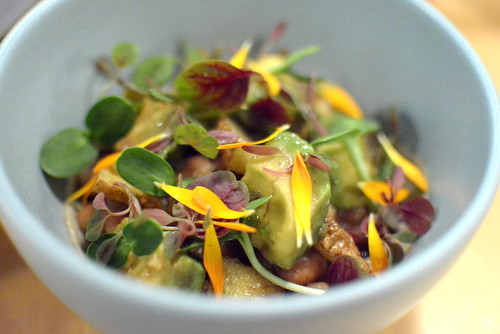 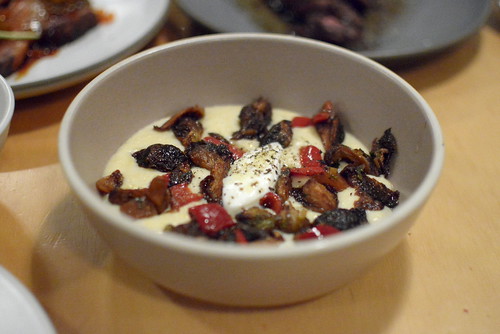 Moving on to the “Warm/Hot” portion of our meal, the bowl of belly-warming grits served with goat’s milk curds, fried brussels sprouts, quince, and chanterelles ($16) was mmm… rich and good. 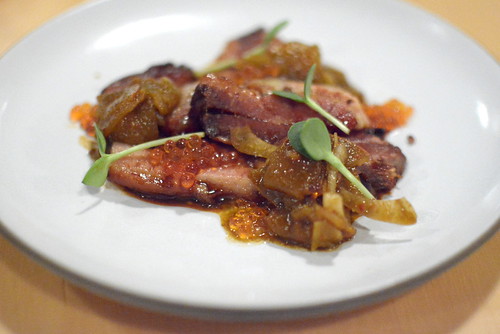 A favorite of mine was the pork belly with galangal soda, insta-chi, and roe. The pairing of pork with fish eggs was stunning and so, so delicious. 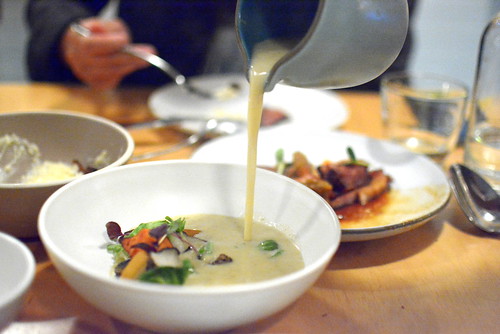 With its Thai-forward flavors, the pear curry with black lime-cod, persimmon and blistered squash ($17) offered an unexpected but nice change of pace to the meal. 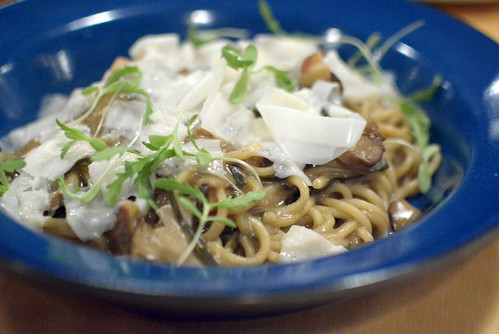 And then there was pasta, because a passion for carbohydrates runs in our family. The tonnarelli with miso, smoked maitake, preserved Meyer lemon, and goat’s gouda ($17) was a touch over-done for our tastes, but the flavors were cohesive. 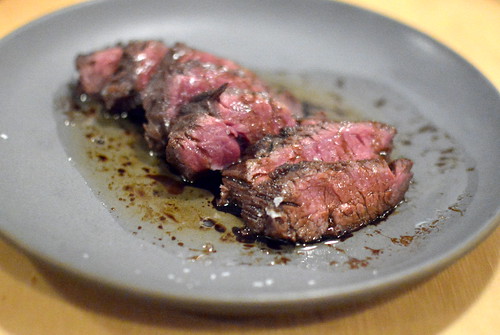 The final savory dish of the evening came from the “Sides” section of the menu: hangar steak with smoked salmon butter and balsamic-uni ($16). It was a tasty hunk of meat, especially considering the price point, but not as tender as my company preferred. My cousins like their red meat buttery soft, while I welcome a little chew. 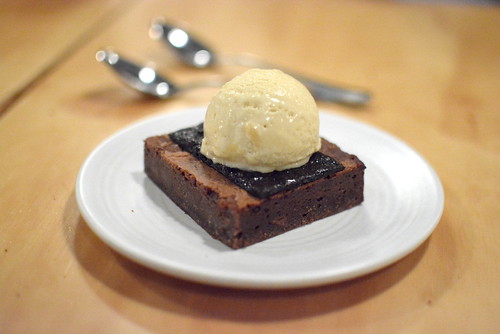 Al’s Place was a lively venue for a sweet family reunion. Though the food was memorable, it took a back seat to the company this evening. It was a great night in San Francisco.