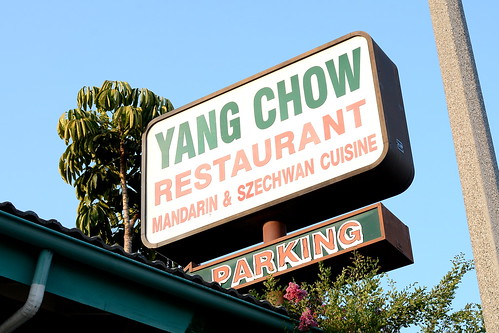 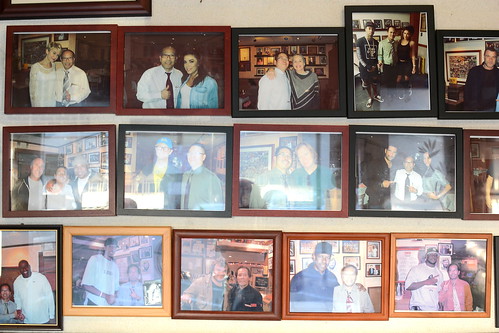 The Yang Family opened the first Yang Chow upon arriving in Los Angeles from Hong Kong in 1976. Today there are three locations in Pasadena, Chinatown, and Canoga Park. 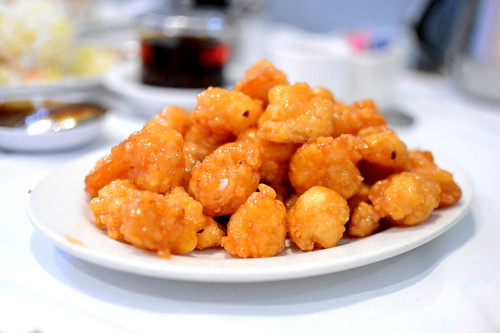 Even though there are well over 100 items on the menu, every customer that comes through the doors orders the same thing: Slippery Shrimp ($17.50). An ocean-dwelling cousin of General Tso, Slippery Shrimp is lightly coated in cornstarch and wok’d to perfection before being doused in a sticky sauce made of ginger, garlic, chilies, and plenty of the refined white stuff. It’s sweet as all hell, but also addictively crunchy. 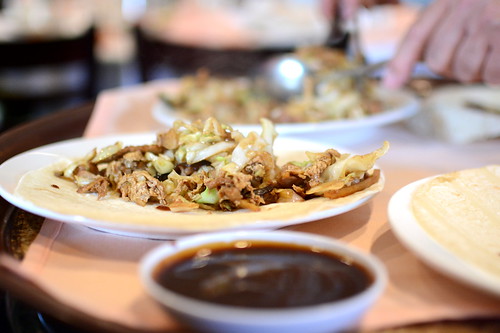 Moo Shu Pork ($13.25) is my all-time favorite American Chinese dish, and I’ve been deprived of it since leaving the East Coast. Here at Yang Chow, the wok-kissed mixture of pork, cabbage, wood ear mushrooms, bamboo shoots, and soy sauce is tucked into thin pancakes slathered with hoisin sauce.

Prepared table-side, the mini Chinese burritos were as satisfying as I remembered. 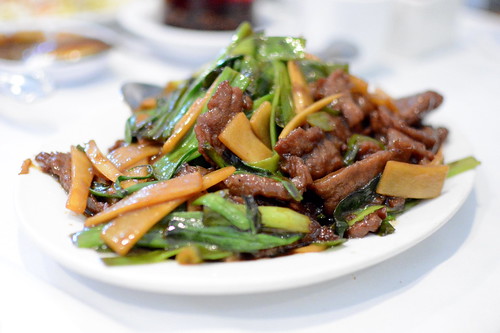 I was hoping to round out the mains with Mongolian Beef, but alas, Yang Chow didn’t have it on the menu. Our waiter suggested that Sliced Beef with Scallions ($14.95) was similar. He was right—tender beef in a light and savory sauce with bamboo shoots and plenty of green onions. Simple and good. 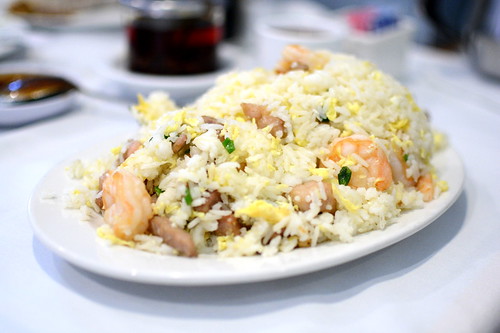 And finally, a platter of Yang Chow Fried Rice ($11.75) with pork, shrimp, and chicken. 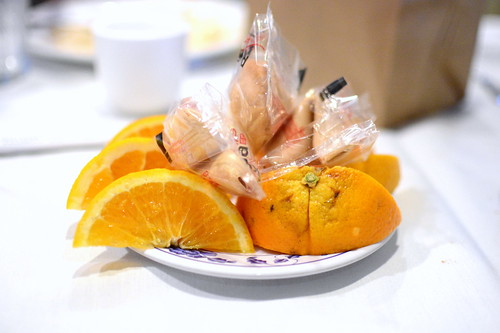 Delivered with the bill were the requisite fortune cookies and orange wedges. 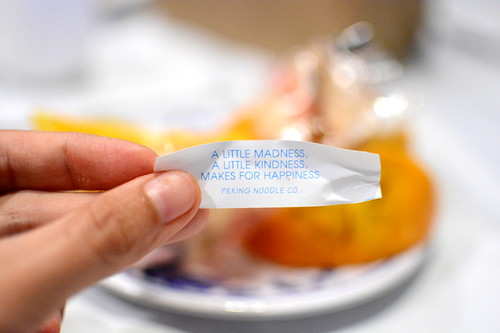 Dinner at Yang Chow was solid, and definitely different from the kind of Chinese fare that we usually eat. American Chinese food doesn’t get a lot of respect and affection, especially from Asian foodie-types. It might not be shiny, new, locally-sourced, or chef-driven, but man, it’s so damn tasty!

Fun fact: I had the honor of being the only Asian diner in Yang Chow, which was pretty novel considering we were in the 626.