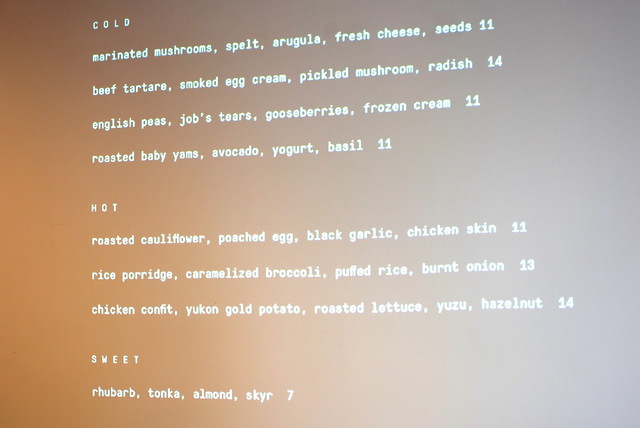 When work brought me to the Westside of town last week, I stopped in to Destroyer for a late lunch in between meetings. I have missed Chef Jordan Kahn’s intricate cooking (and pretty plating) ever since his “punk Vietnamese” spot Red Medicine closed and was eager to be reunited. 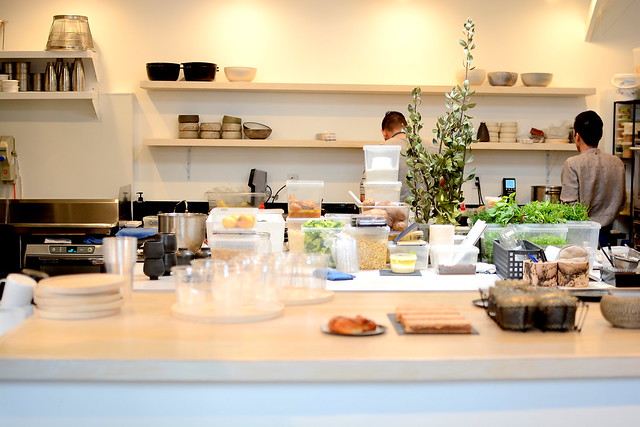 Here at Destroyer, Chef Kahn serves a pared-down menu that’s vegetable-forward and Scandinavian-influenced. The restaurant is only open on weekdays for breakfast and lunch. 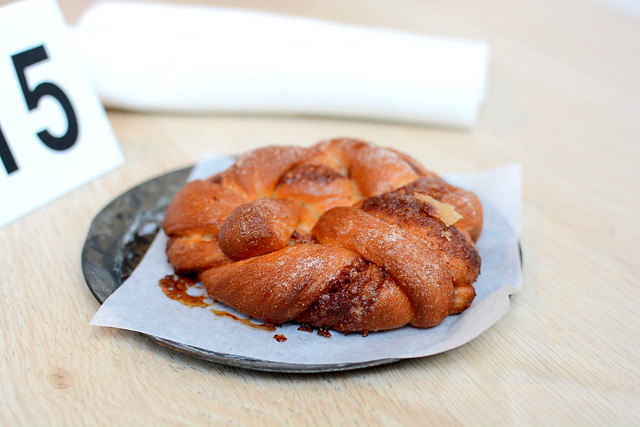 Soon after placing my order and finding a seat, the cardamom bun arrived. Not too sugary and sweetly spiced, the bun showed a kind of restraint characteristic of Nordic pastries. While I usually prefer my breakfast buns ooey-gooey and super-sweet, this delicate little number was welcomed. 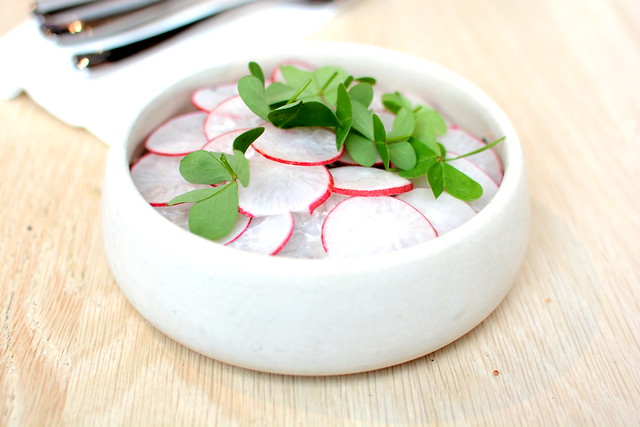 Never able to resist Beef Tartare on the menu ($14), I ordered Destroyer’s rendition with smoked egg cream and pickled mushrooms buried under a layer of thinly sliced radishes. 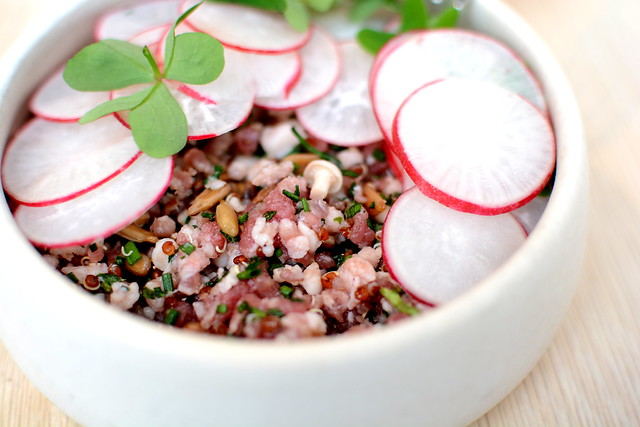 Lightly dressed and grain-inflected, the beef tartar lacked the richness of more classic preparations, which meant that I had plenty of gastro-real estate left for two more courses following this one. 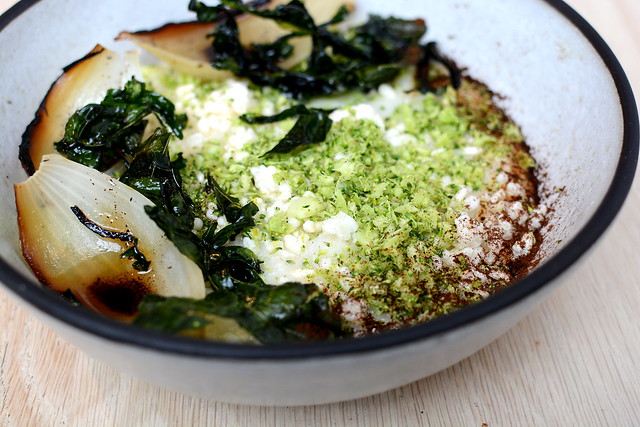 Second up was the rice porridge ($13). I adored the uni-topped heirloom porridge that Chef Kahn used to serve at Red Medicine and was hoping for more of the same.

Destroyer’s porridge, dressed to the nines with caramelized broccoli, puffed rice, and burnt onion, was unsurprisingly mild—not nearly as decadent as the risotto-like version that came out of Red Medicine’s kitchen.  Still, the porridge here hit a satisfying note like only a warm bowl of rice porridge enjoyed on a rainy afternoon can. 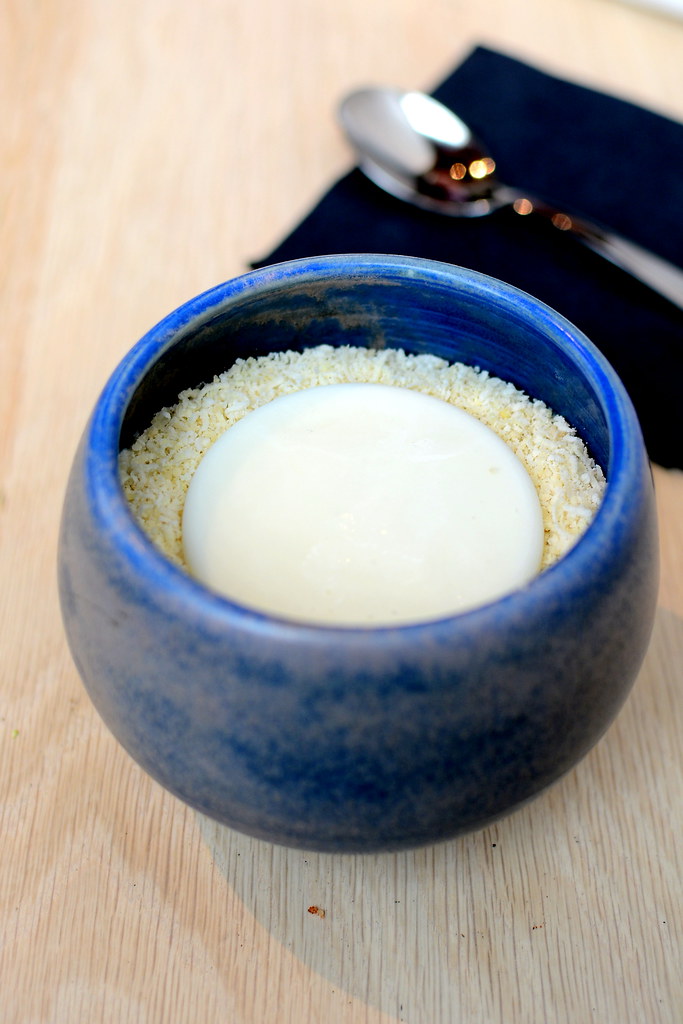 The third and final course featured foamy, Icelandic yogurt intermingled with rhubarb, tonka, and almond ($7). Carrying on the theme of the afternoon, the dessert was gently flavored with varying textures to keep things interesting bite after bite.

I had a blast getting lost in Chef Kahn’s imaginative cooking this afternoon. While I tend to favor flavors so bold that they punch me in the face, I can certainly appreciate a more subdued approach from time to time. New Nordic cooking has its merits, and Destroyer celebrates them in delicious fashion.