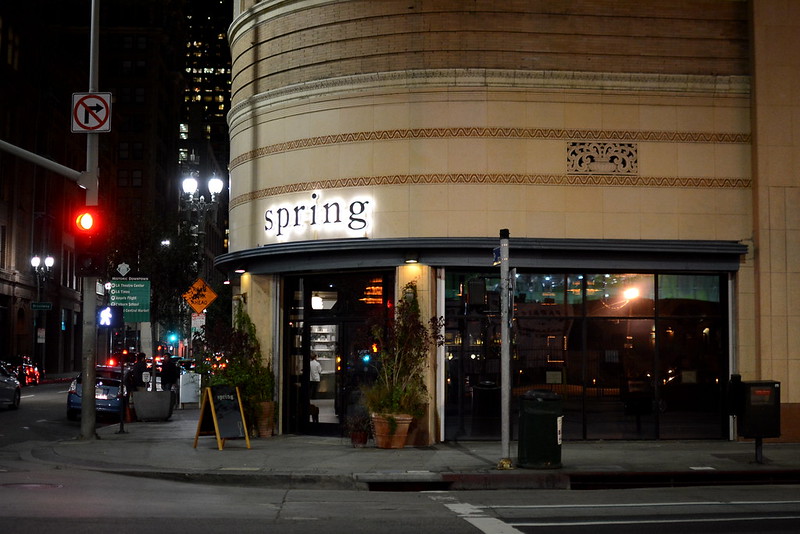 L.A. winters aren’t particularly harsh, but the one we’re currently experiencing is the coldest and wettest in recent memory. Thank goodness—we could really use the rain! On a recent chilly evening, The Astronomer and I sought light and warmth at Spring Restaurant in Downtown Los Angeles. 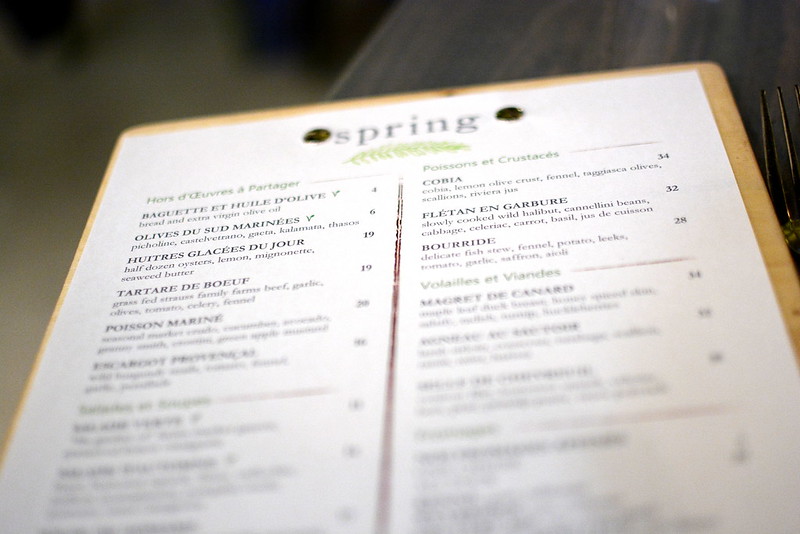 As we stepped into the airy and expansive dining room on the ground floor of the Douglas Building, The Astronomer and I were transported to the South of France, just like the restaurant’s website promised. 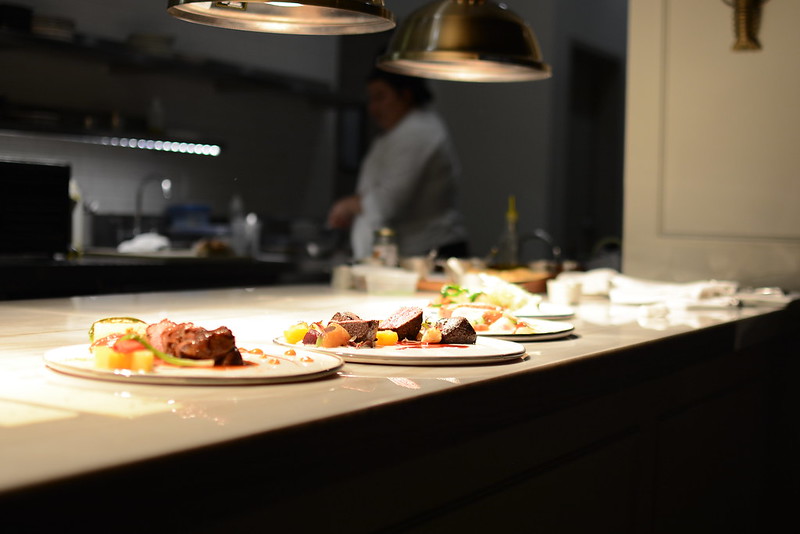 Previously, Chef Esnault worked under Alain Ducasse in France and New York City. He relocated to Los Angeles in 2009 to take the helm at Patina before heading the kitchens of both Church & State and Spring. 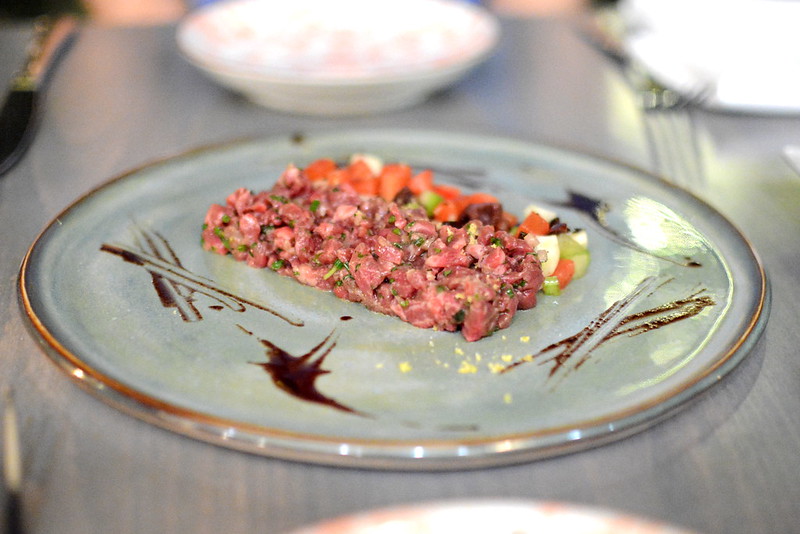 Never ones to pass up an opportunity for minced, raw steak, we started dinner with the Tartare de Boeuf ($19). Served alongside the grass-fed Strauss Family Farms beef were toasted bread rounds and a salad composed of olives, tomato, celery, and fennel.

There’s no better way to begin a nice dinner out than sipping some bubbly while digging into a delicate beef tartare. 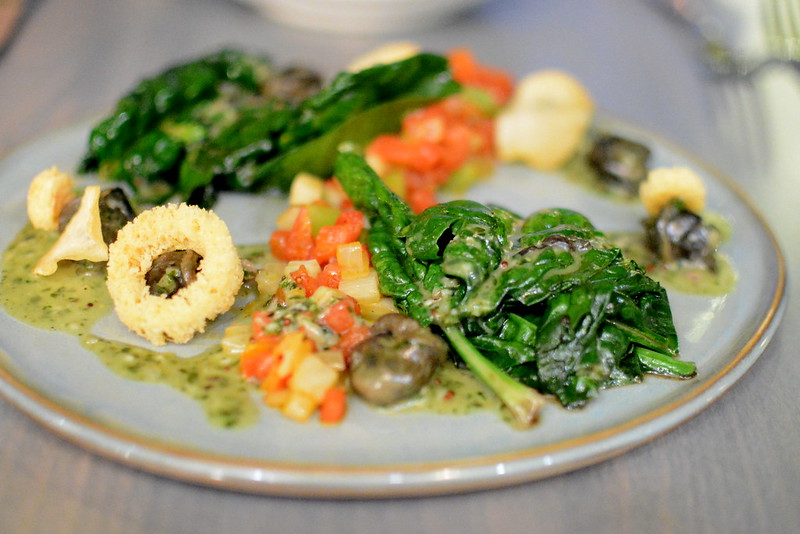 Up next was the Escargot Provençal ($18). I was expecting the snails to get a buttery, Church & State treatment, but instead we were treated to a warm and beautifully composed salad with wild Burgundy snails, wilted spinach, tomato, fennel, and garlic. Delightful. 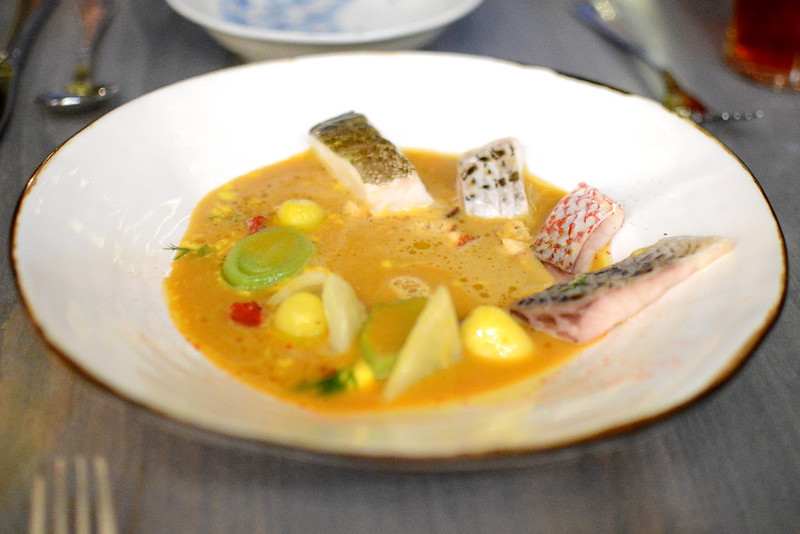 Jonathan Gold called the Bourride ($28) “spectacular” in his review, and we couldn’t have agreed more. Our server poured the hot saffron broth table-side, warming up the fish fillets, fennel, potato, leeks, tomato, and aioli just so. 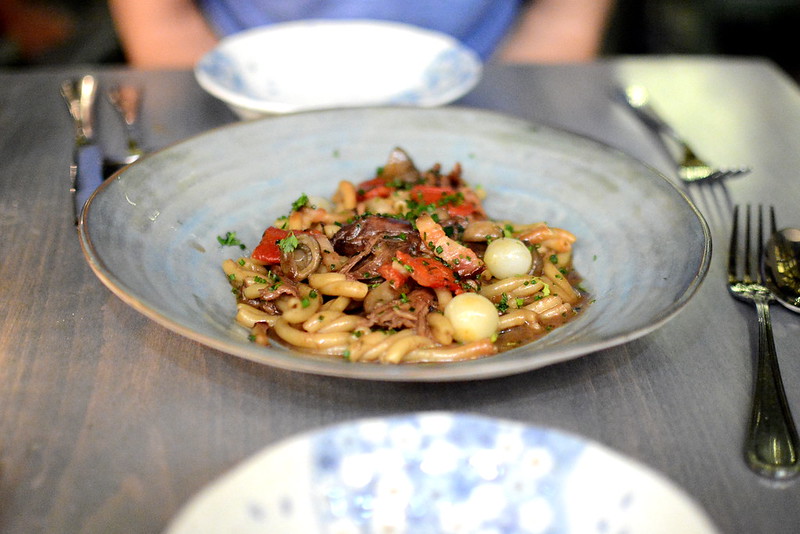 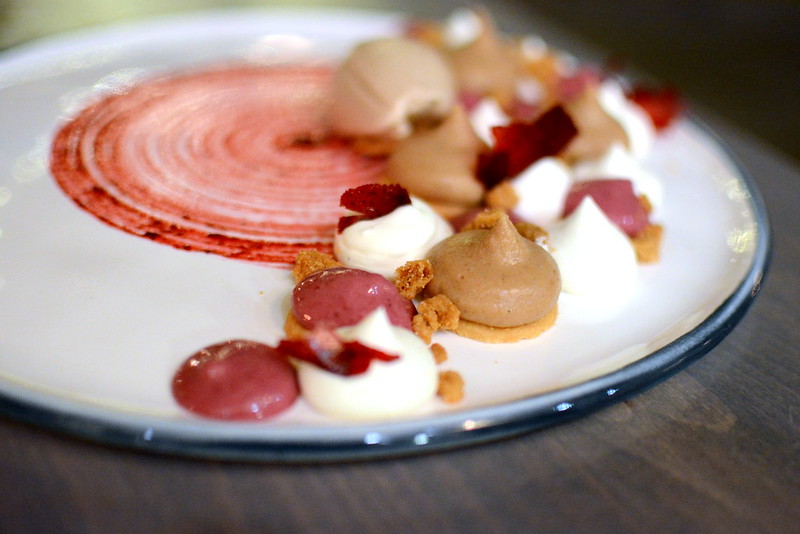 For dessert, we shared the Marron et Cassis ($11) with candied chestnuts, blackcurrant crémeux, pâte sucrée, and chantilly.  This was sweet and tart satisfaction in the form of blobs, beautiful blobs.

Dinner at Spring was positively lovely and downright civilized. The food was very good and the atmosphere was energetic without being disruptive. We’d definitely dine here again—in any season.