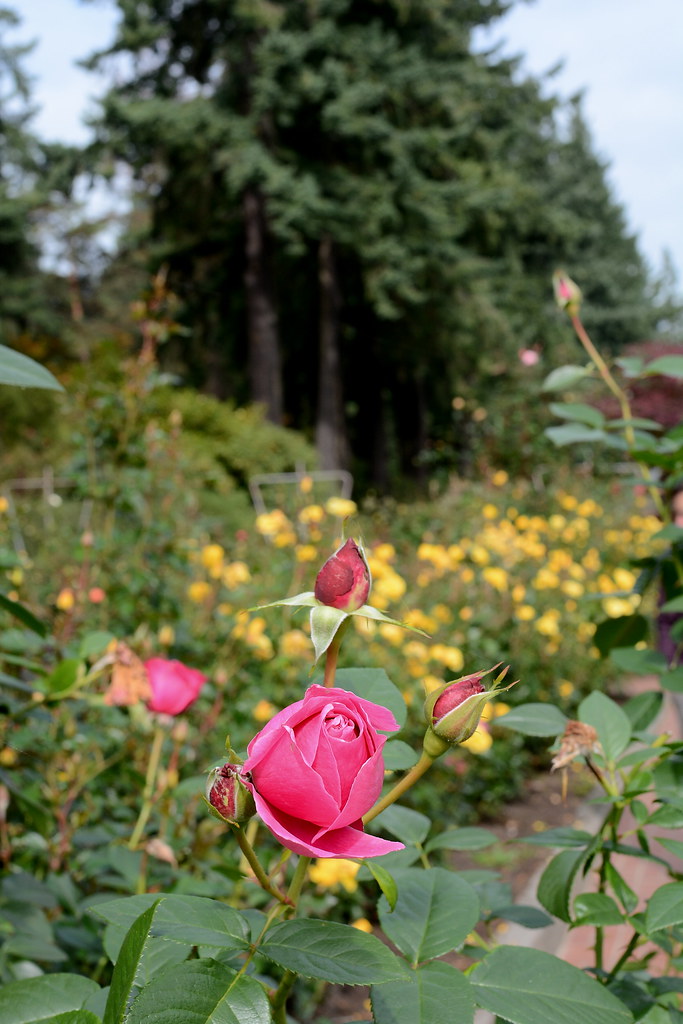 When work required travel to Portland, I tacked on a few extra days and brought The Astronomer and June along on my Pacific Northwest jaunt. With beautiful fall weather on our side, we enjoyed a wonderful stay that included a bit of everything that we love—urban cityscapes, tax-free gourmet dining, natural wonders, and hours spent reading at Powell’s Books. As far as family vacations go, this one ranks somewhere near the top along with Maui. 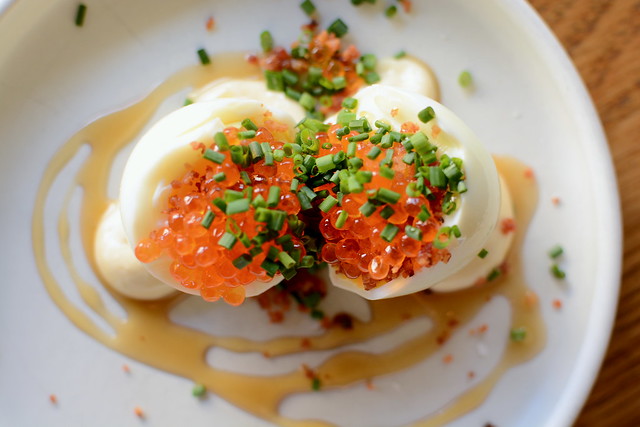 As soon as we deplaned at PDX, The Astronomer, June, and I grabbed a Lyft and high-tailed it to Gabriel Rucker’s Canard for a late lunch. I dined at his finer restaurant Le Pigeon when I visited in 2013. The chiller vibe here made it the perfect spot to kick off our trip.

We feasted on oeufs en mayonnaise with trout roe and maple syrup ($8), a ham jam sandwich with goat cheese butter ($8), the greatest cinnamon toast ever ($4), some French toast with oranges and creme anglaise ($8), a magnificent steam burger ($6), and a “duck stack” ($16). 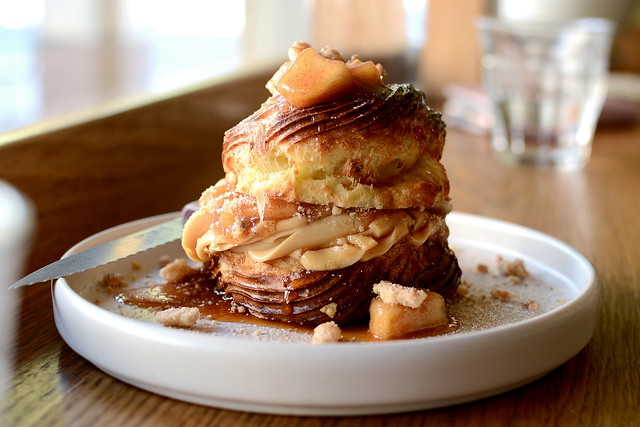 Though we were so very stuffed following the savories, we couldn’t leave without trying the apple pie Paris brest with salted caramel cream and gruyere streusel ($10). You’d be proud to know that we ate every last crumb of every single dish. 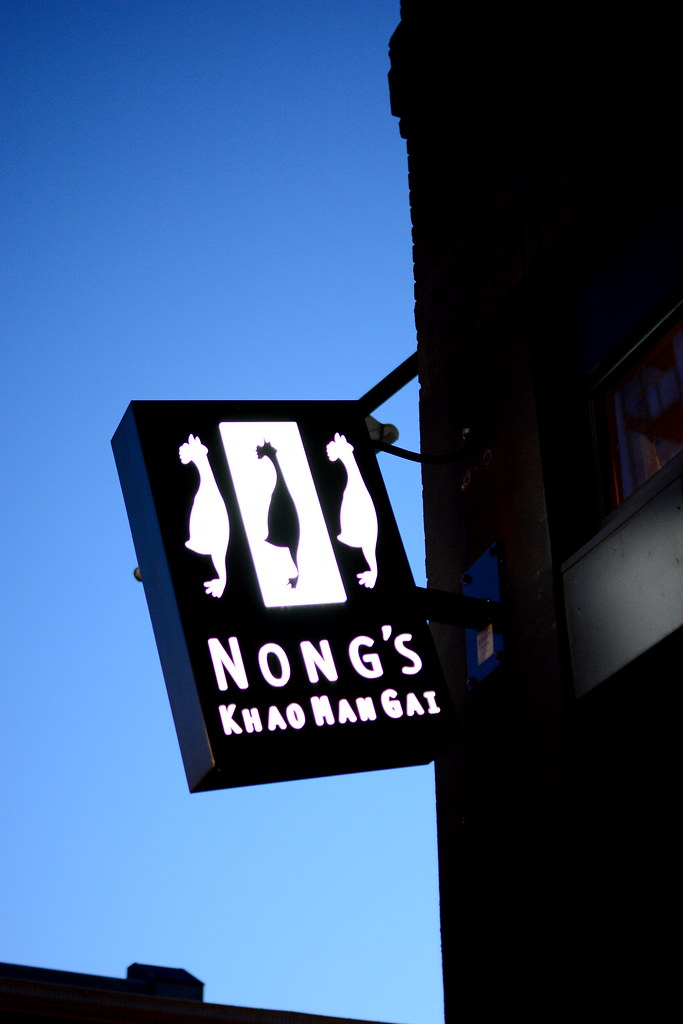 Following a superb nap at our hotel, the three of us headed to Nong’s Khao Mang Gai for a simple yet satisfying dinner of Thai chicken rice. Nong’s signature sauce was as fantastic as I remembered. After dinner, we headed to Powell’s to explore. 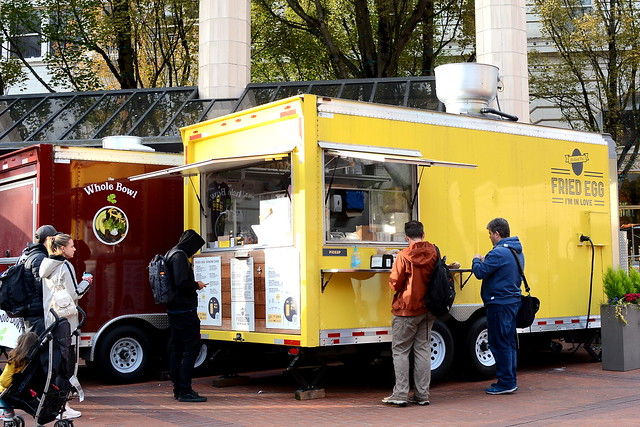 We began our first full day in the city with breakfast at Fried Egg I’m In Love, a food cart parked on Pioneer Courthouse Square. 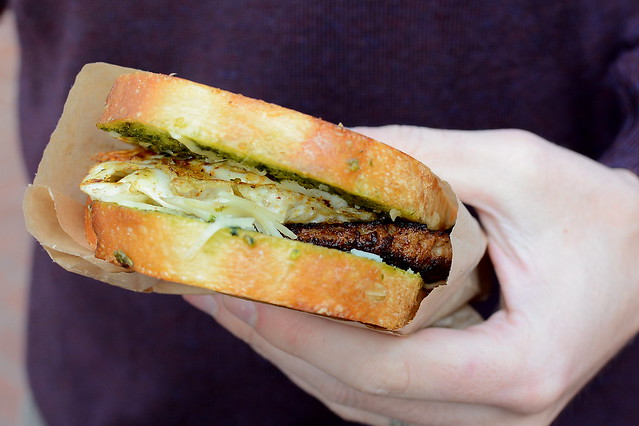 We warmed up this chilly morning with punny breakfast sandwiches. The Astronomer ordered the signature “Yolko Ono”, which included a fried egg, homemade pesto, Parmesan, and a hand-pressed house sausage patty ($7.50), while I selected the “Smells Like Protein Spirit” with a fried egg, cheddar, and homemade sausage ($5.75). 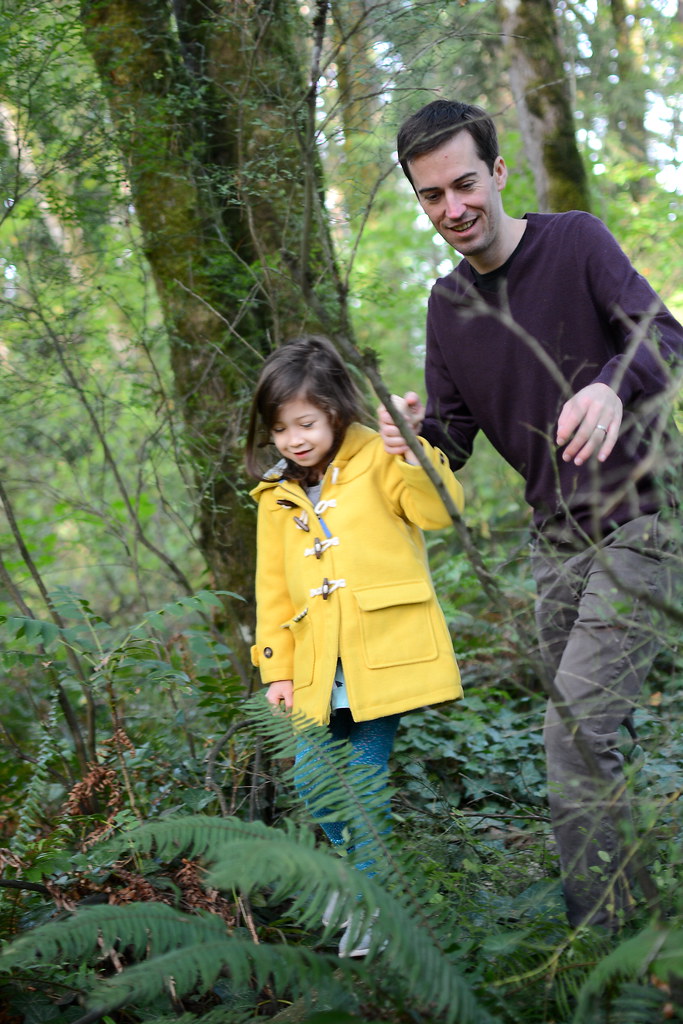 From Pioneer Courthouse Square, we hopped aboard the TriMet to Washington Park where we hiked, played, and smelled the roses. 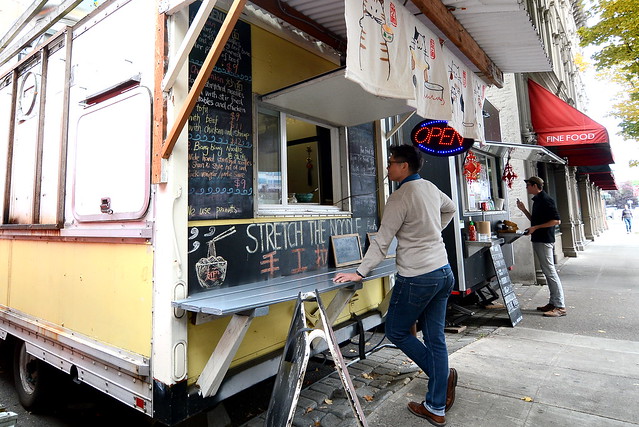 Lunch brought hand-pulled Chinese noodles at Xuemei Simard’s cart: Stretch The Noodle. It took a while to get our food since the cart was so popular, but the wait was truly worth it. 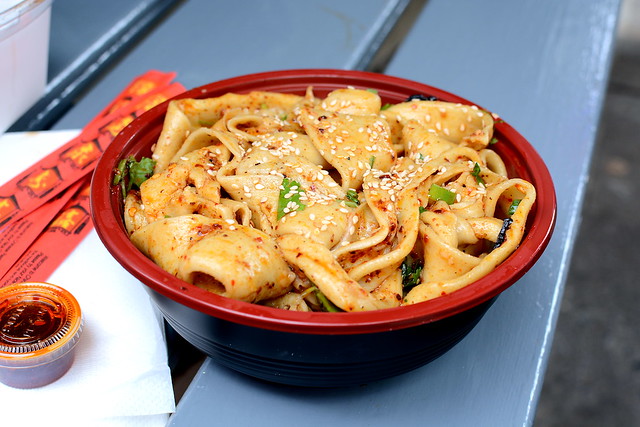 The wide hand-stretched biang biang noodle ($9) was dressed in a Shanxi-style hot oil, garlic, and black vinegar sauce. The thick and chewy noodles made us sweat with their seriously good spicing. We also tried the pan-fried dumplings ($8), which were solid but not as memorable as the noodles. 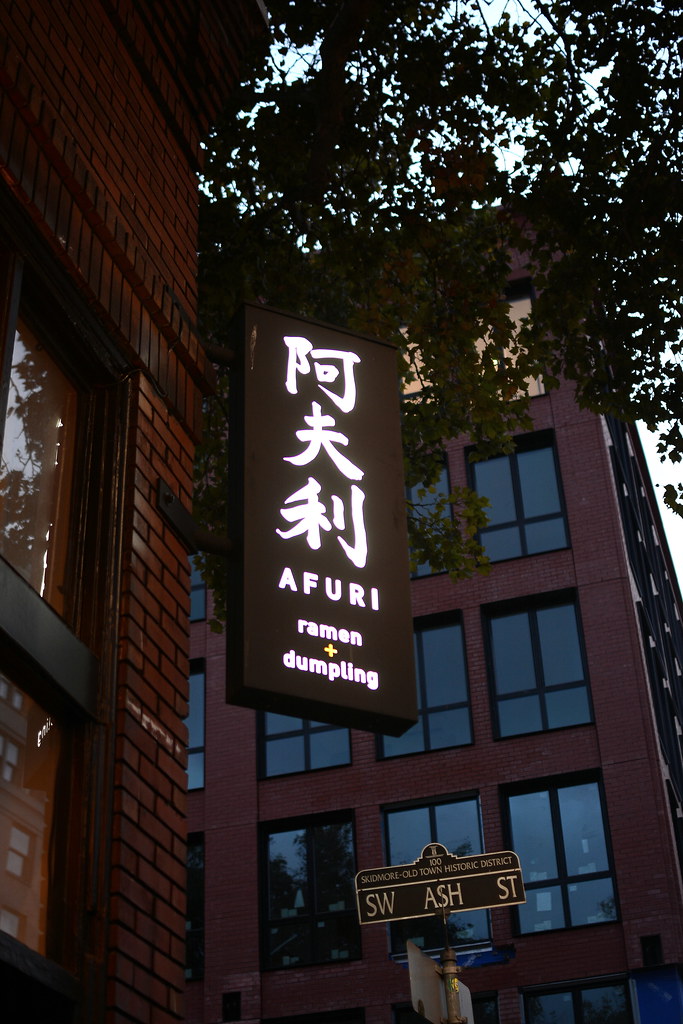 Following another glorious nap, we walked to Tokyo import Afuri for dinner. A friend shared that the original outlet on SE 7th Avenue is superior, but convenience and proximity won out this evening. 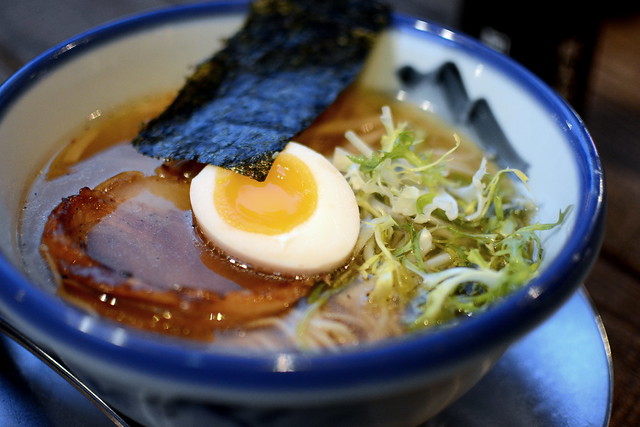 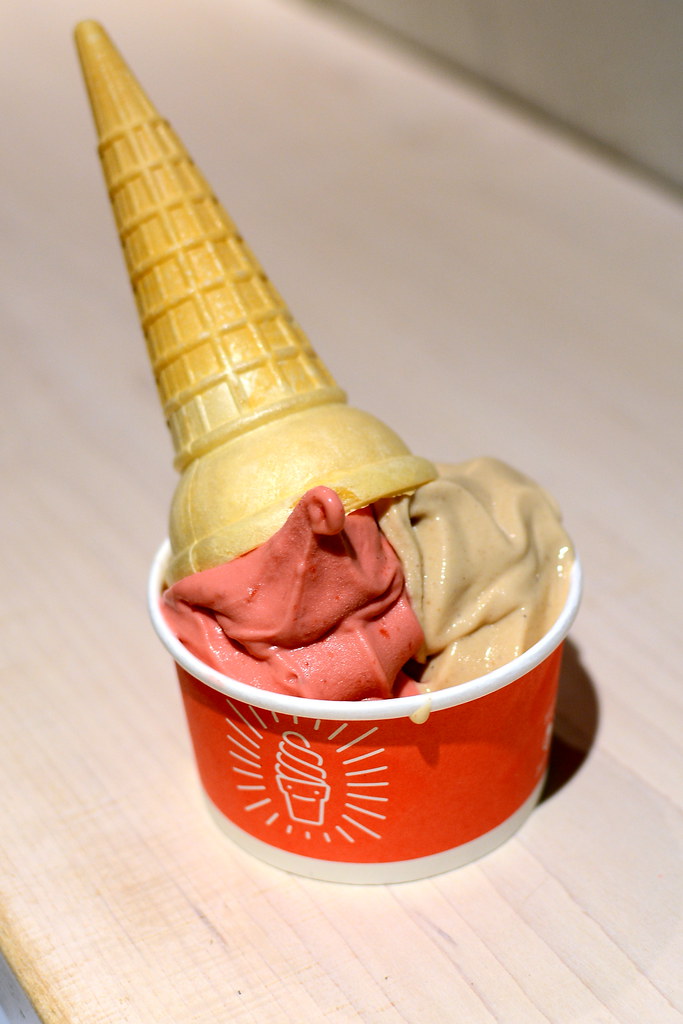 For dessert, we made the short walk to Salt & Straw’s soft serve concept Wiz Bang Bar where we enjoyed an incredible “Roasted Strawberry Coconut” and “Gingerbread Cookie Butter” soft serve. 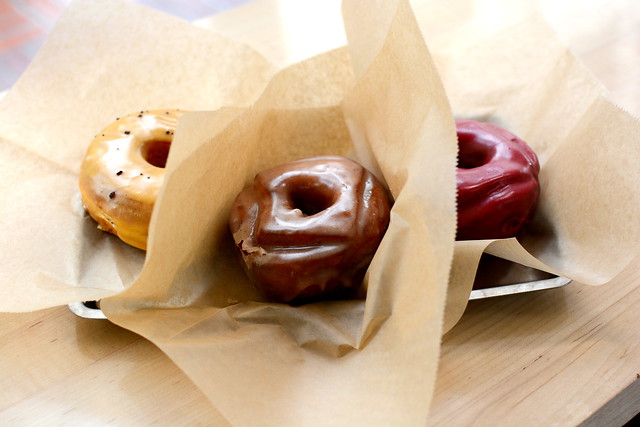 The following morning began with breakfast at Blue Star Donut, where we each selected a different flavor. The Astronomer picked a passion fruit-glazed raised, June went for a vanilla-glazed buttermilk bar, and I selected the raspberry-rosemary-glazed buttermilk bar. Breakfast of champions! 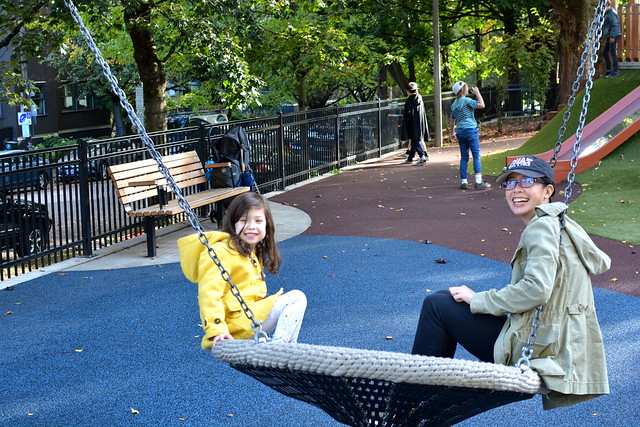 We spent the morning at Couch Park frolicking on the playground and walking around the neighborhood. 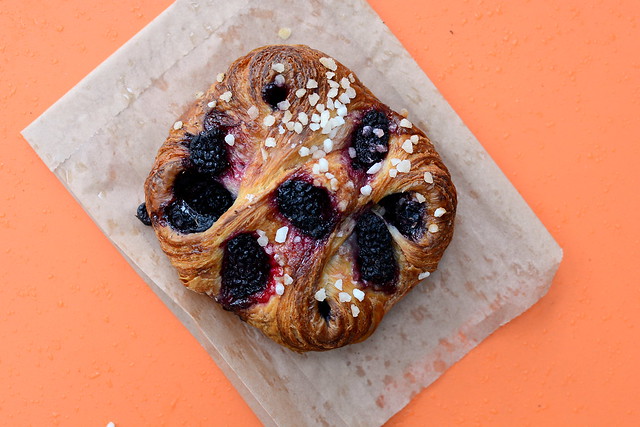 We also stopped into Ken’s Artisan Bakery for an Oregon croissant, a flaky and buttery creation studded with local berries, pearl sugar, and a bit of hazelnut cream. The rain really started coming down as we stepped out of the bakery, but that did not detract from the pastry’s deliciousness one bit. 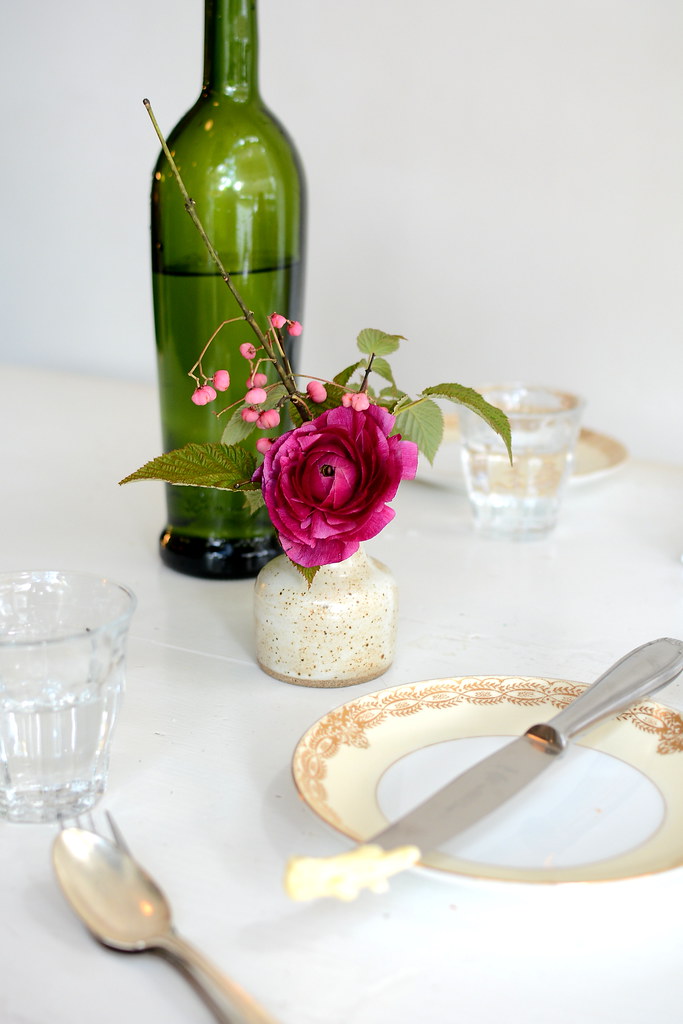 My favorite meal of the trip was at Kristen D. Murray’s pastry luncheonette Maurice. The charming daytime eatery was a feast for the eyes, palate, and spirit when we stopped in for lunch. 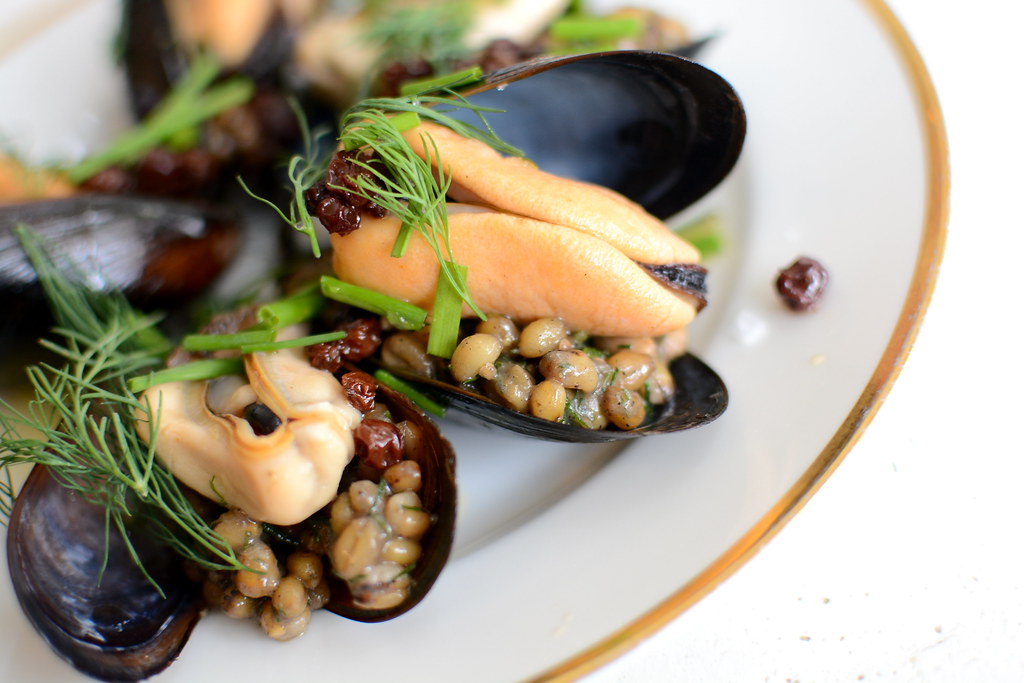 Between the three of us, we shared fresh oysters, a shrimp smørbrød ($12), a silky quiche ($12), a carrot salad with parsley and dates ($8), and best of all, plump mussels stuffed with currants and wheat berries. 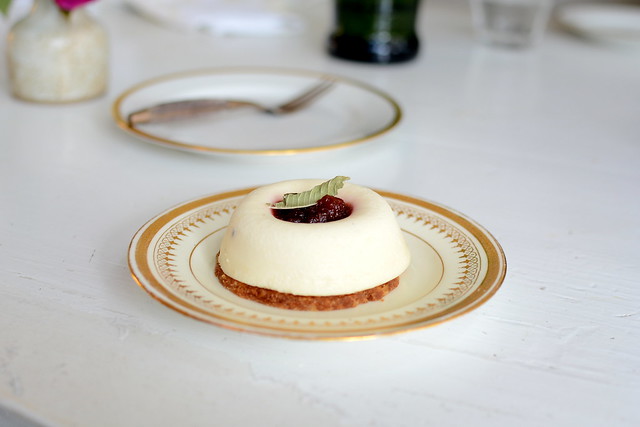 For dessert, The Astronomer and I shared the subtle and irresistible black pepper cheesecake, while June had a Korova chocolate cookie. 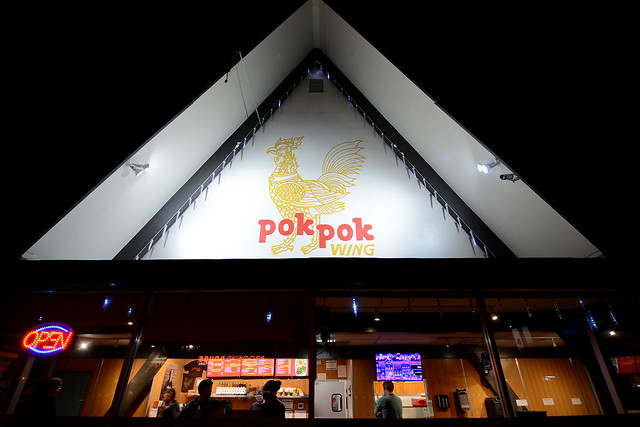 One of my fondest food memories from my first trip to Portland was digging into the the fabulously funky fish sauce wings at Pok Pok. Since then, Andy Ricker opened a trio of wings-only fast-casual outlets to feed everyone’s obsession. 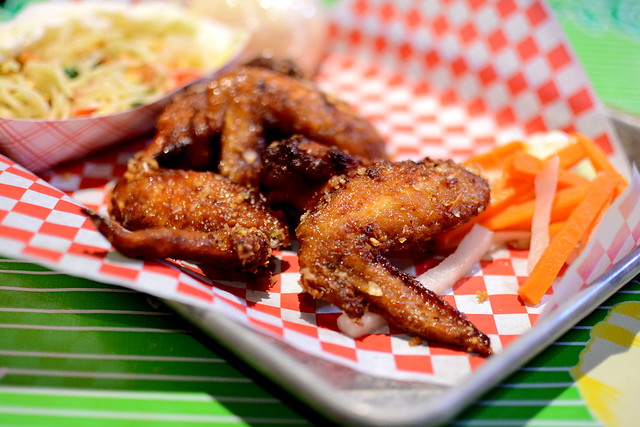 The Astronomer and I shared a full order of wings with papaya salad and sticky rice ($13) along with a Pok Pok hotdog ($4.50), while June had the fried chicken wings with sticky rice. Finger lickin’ good food all around. 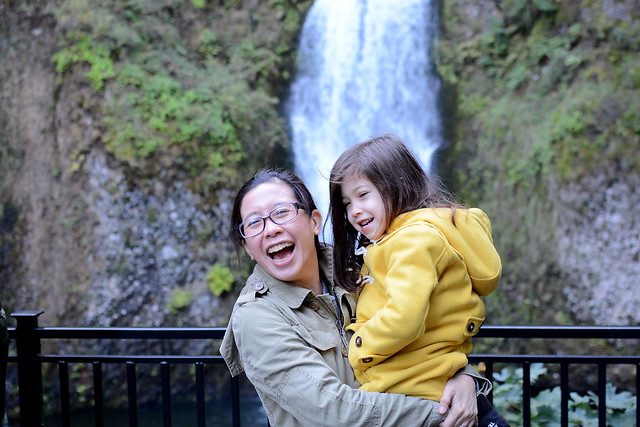 For our final day in Portland, we headed out of town to see the glorious Multnomah Falls where June impressed us with her passion for hiking. 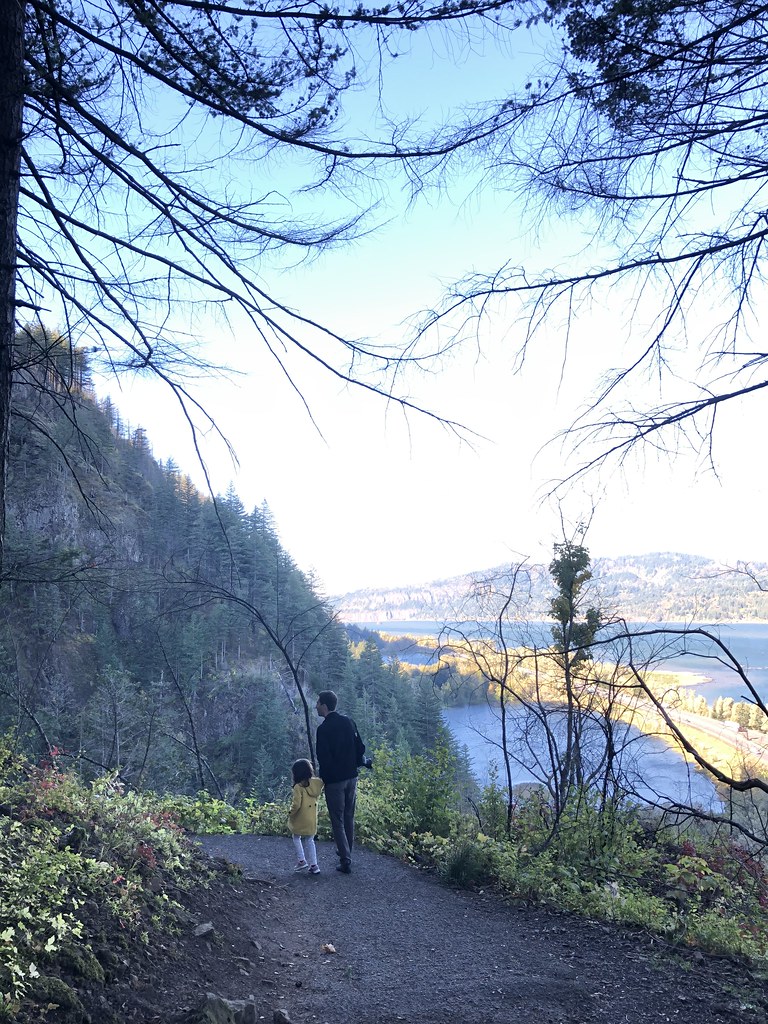 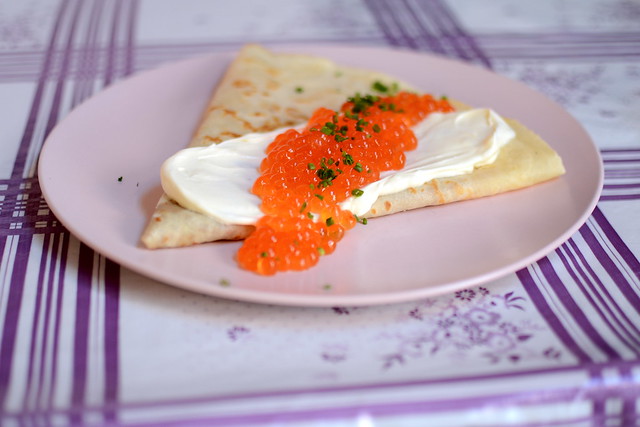 We made it back into town for one final meal at Kachka, a lovely restaurant devoted to Russian cooking where we indulged in rare delicacies like a crepe slicked with sour cream and prettied with so much roe… 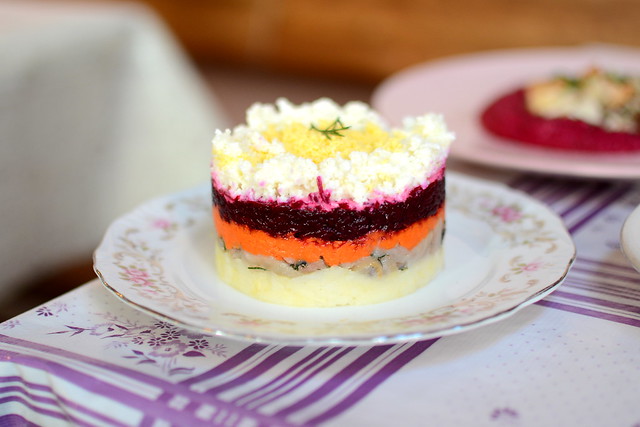 …a seven-layer dip made with potatoes, onions, carrots, beets, mayo, eggs, and herring ($9)… 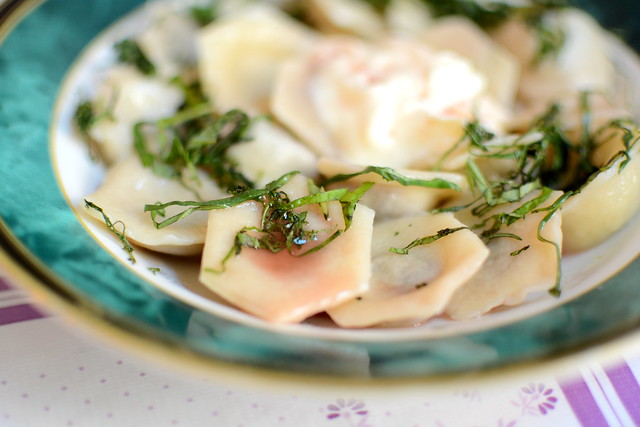 …and two types of dumplings—the sour cherry vereniki from Ukraine ($10) was especially fantastic. 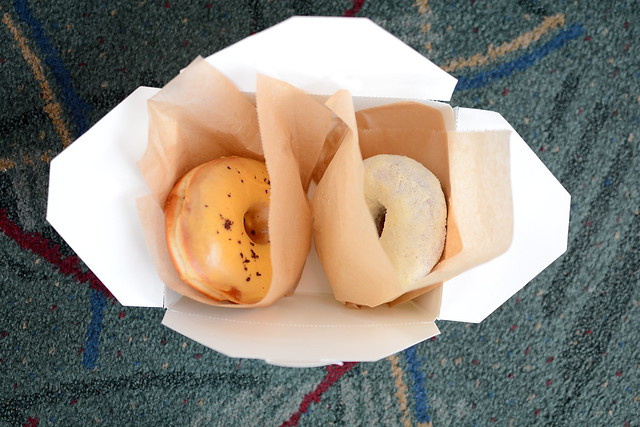 And even though we ate way too much just moments before, we couldn’t depart without two more doughnuts from the Blue Star booth at the airport. Both the orange olive oil and passion fruit were tops.

Thanks for a most wonderful holiday, Portland!