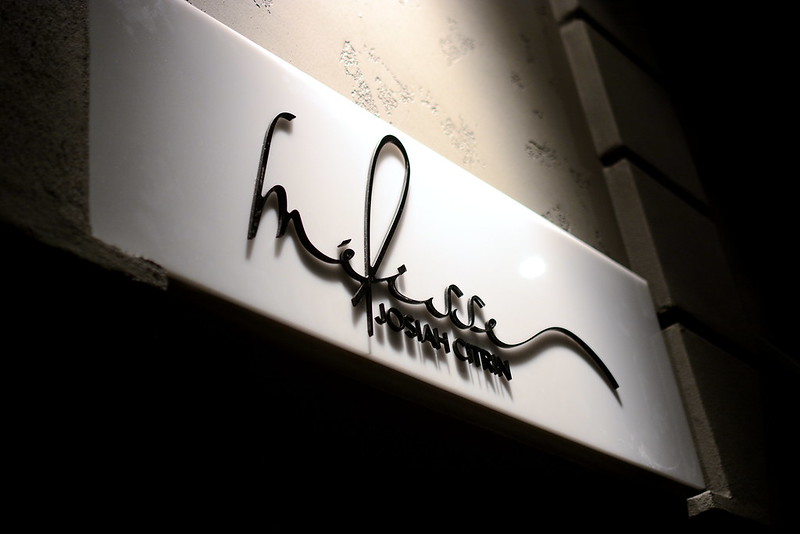 Chef Josiah Citrin closed Melisse about a year ago. After retooling for most of 2019, the restaurant reopened last December with just 14 seats. Though the new Melisse’s footprint is much smaller than its previous incarnation, the institution continues to dazzle diners with the kind of refined hospitality and fancy flourishes that make fine dining such a treat. 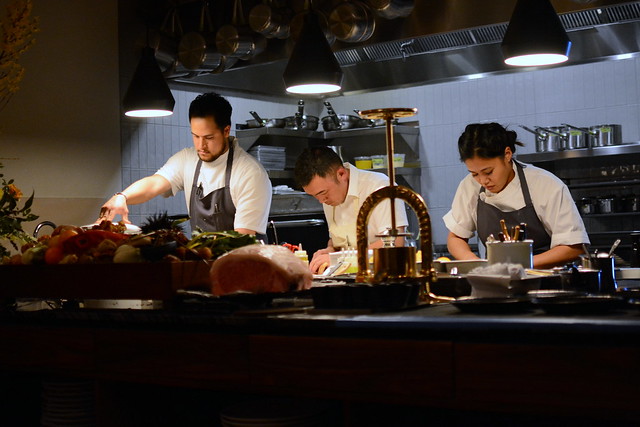 The $295 tasting menu, which includes nearly a dozen courses, takes diners on a familiar journey, with lighter, more seafood-centric dishes at the get-go and heartier proteins to finish. What makes a meal here particularly special are the table-side touches sprinkled throughout the experience. Plus, the unbeatable views of the open kitchen from every seat in the house. 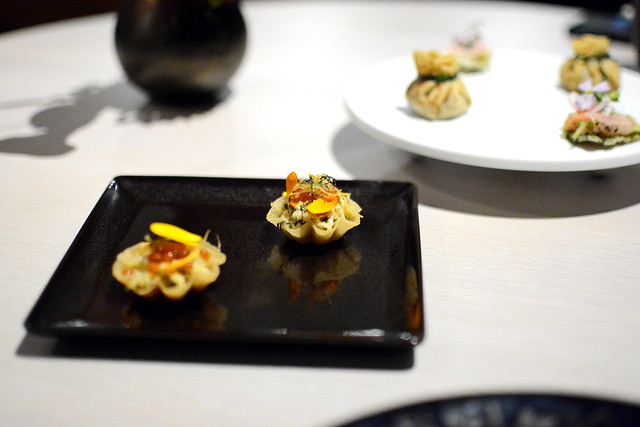 Dinner began with a trio of canapes: a crab tart with sesame and trout roe, a purse filled with wagyu beef tartare, and a seaweed chip topped with wild Japanese amberjack. 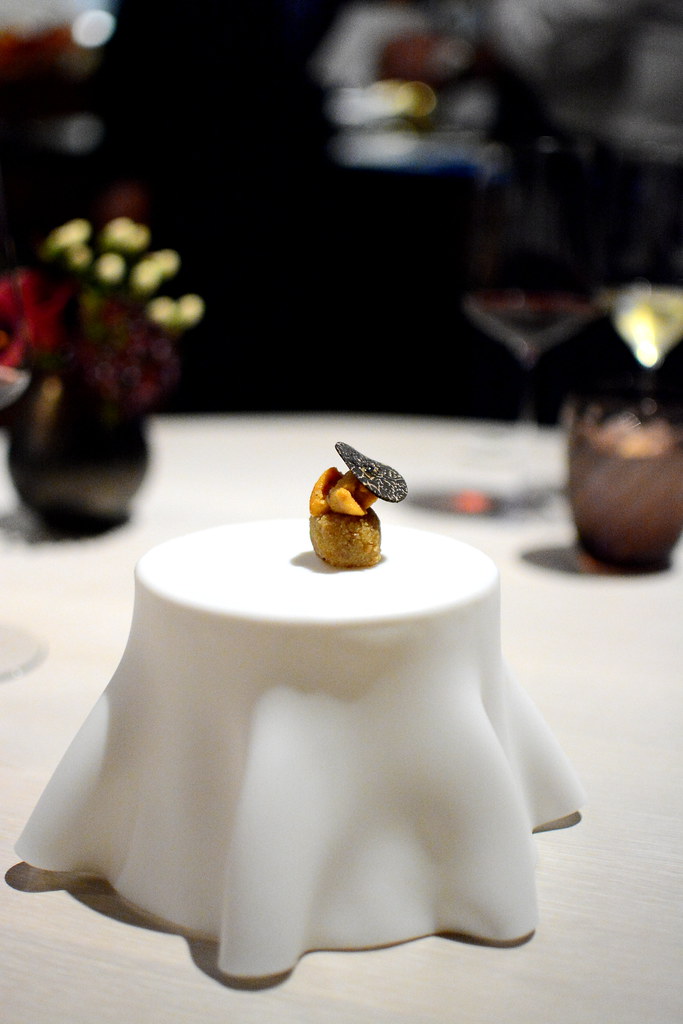 Next up was a crisp-golden sea urchin cromesquis adorned with kombu honey and a shaving of black truffle. 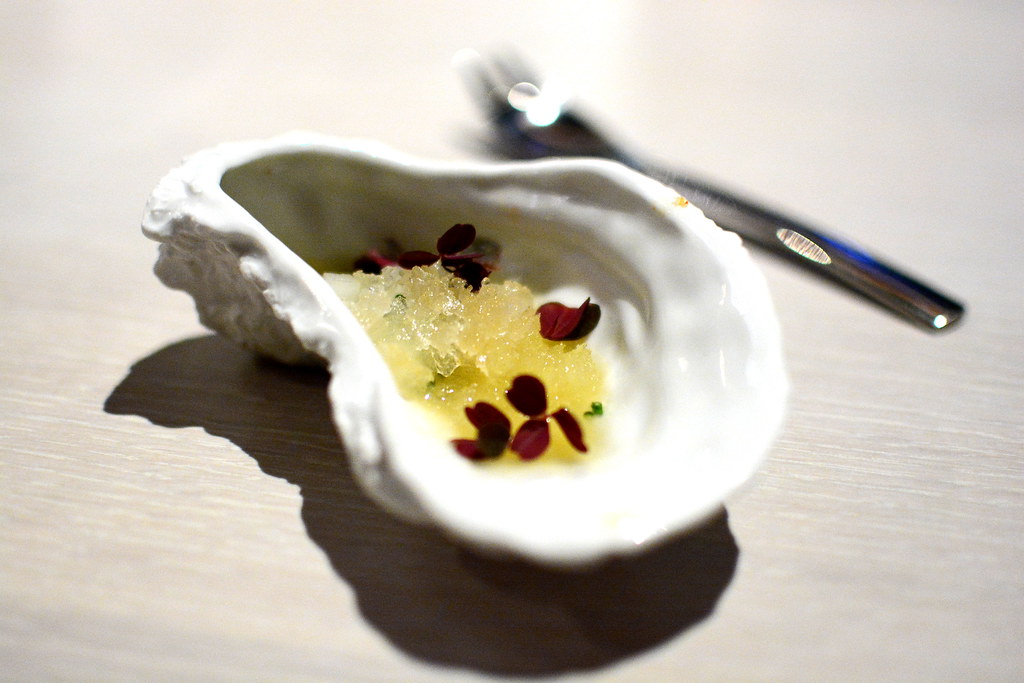 A lot of the plateware this evening was incredibly thoughtful, like this faux oyster shell that nestled the chilliest of oysters, along with a green tomato granita and an oxalis garnish. 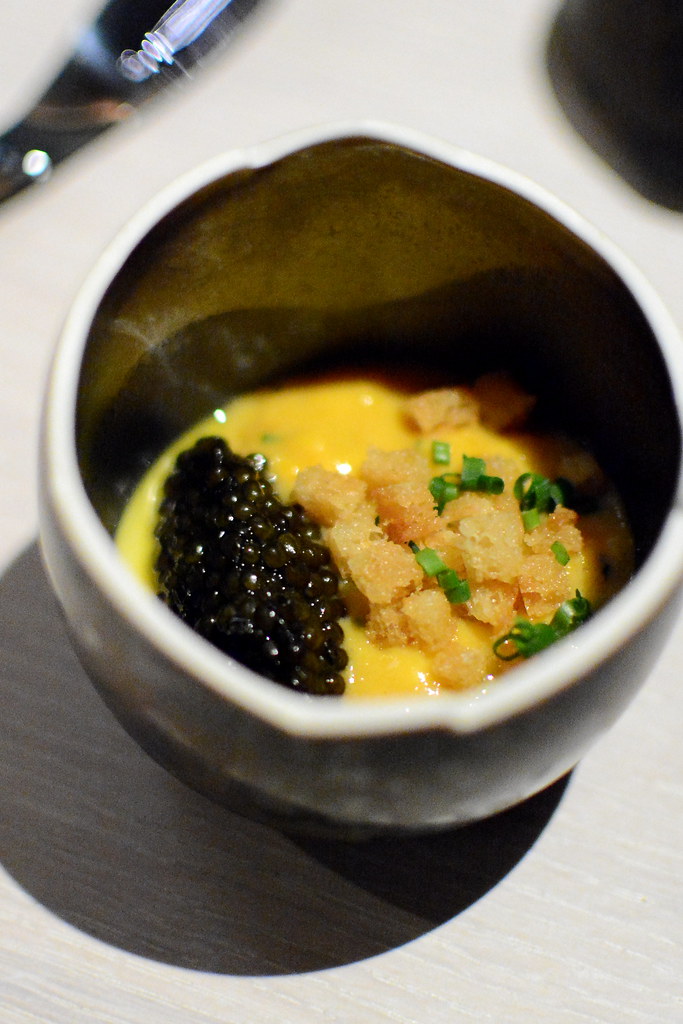 One of the evening’s highlights was the leek chawanmushi. The delicate egg custard, fortified with Hokkaido sea urchin, tasted simultaneously of the land and sea. The buttery bread crumbs and Osetra caviar atop added interest, texture, and pure lusciousness to an already standout creation. 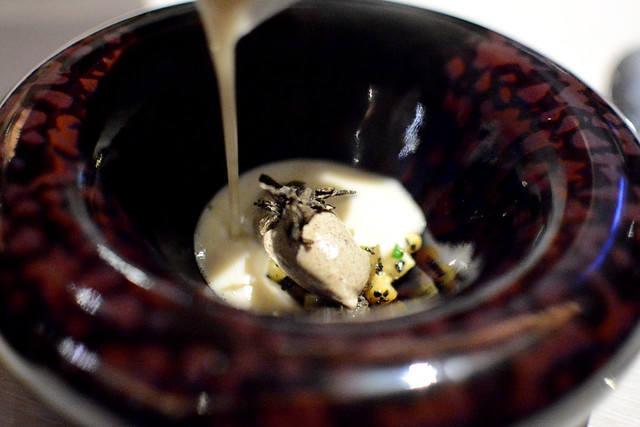 Chef Citrin loves including soup in his tasting menus. This evening’s chestnut soup contained a quenelle of whipped black truffle. 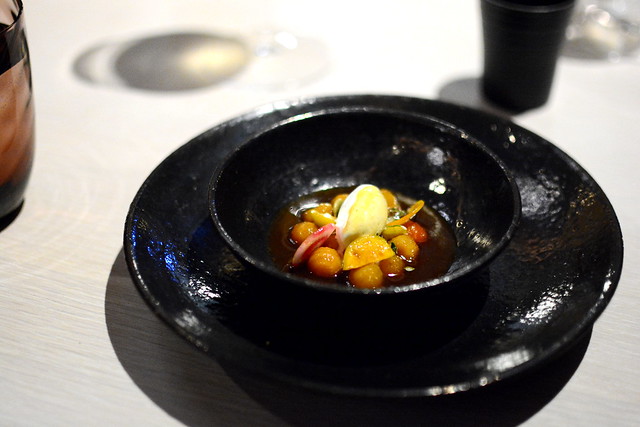 An earthy bowlful of Badger Flame beets cooked in whey was next to arrive. Served alongside was smoked potato buttermilk and lemon- and thyme-infused game jus. 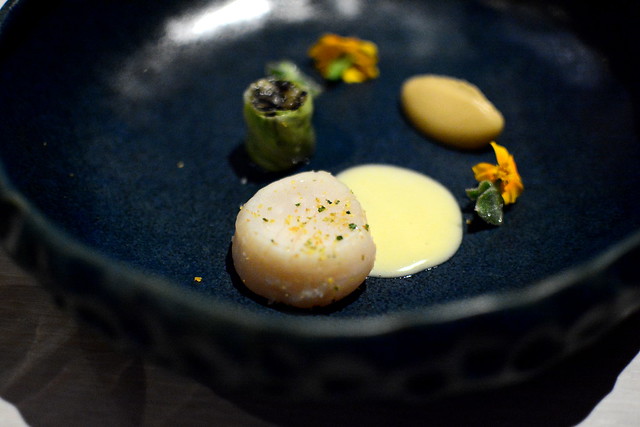 The trio of seafood-forward dishes that followed were among my favorites. The lightly warmed Hokkaido scallop shared the plate with sweet garlic, Tokyo negi, black trumpets, citrus, and chive. 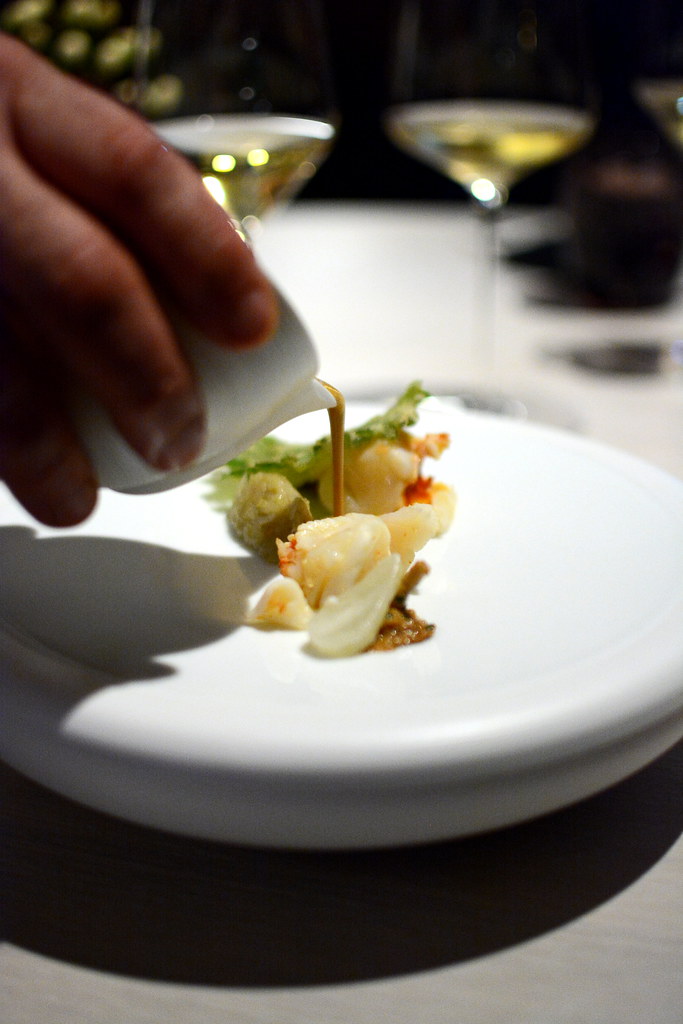 The spiny lobster was served with a sauce made of its guts “a la presse,” along with fennel and chanterelles. 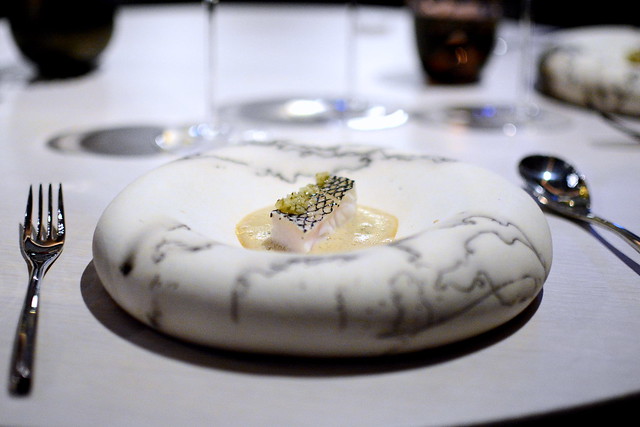 Cooked to a perfect suppleness, the black bass was accompanied by a puree of sunchokes, Bloomsdale spinach, and preserved porcini. 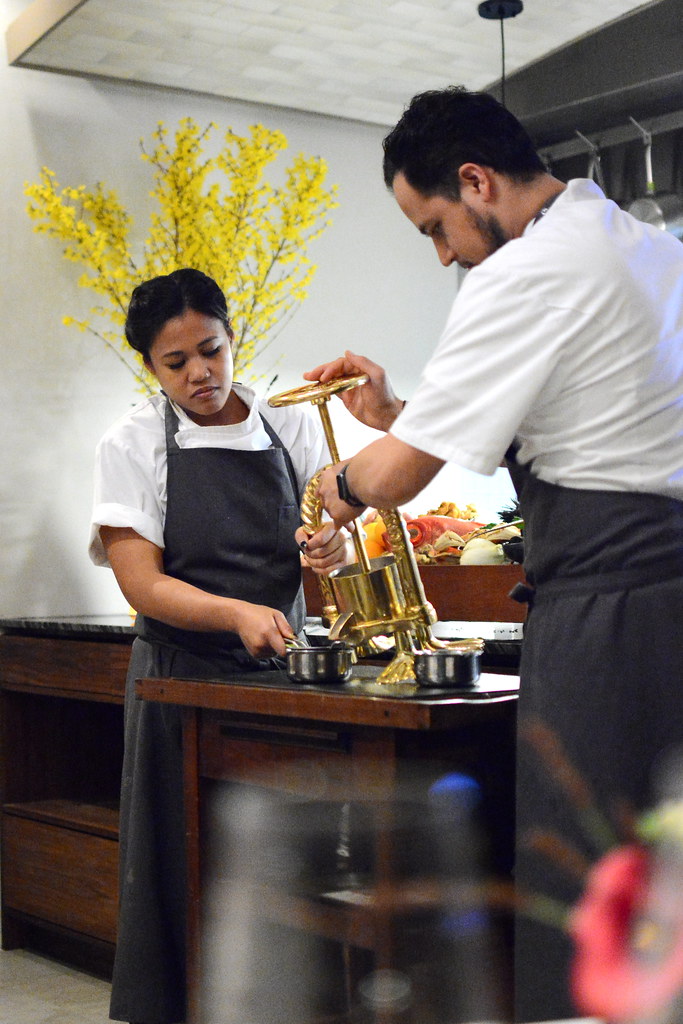 An antique bird press made an appearance for the next course, where quail carcasses were pressed to extract their juices (see also: The Grill). 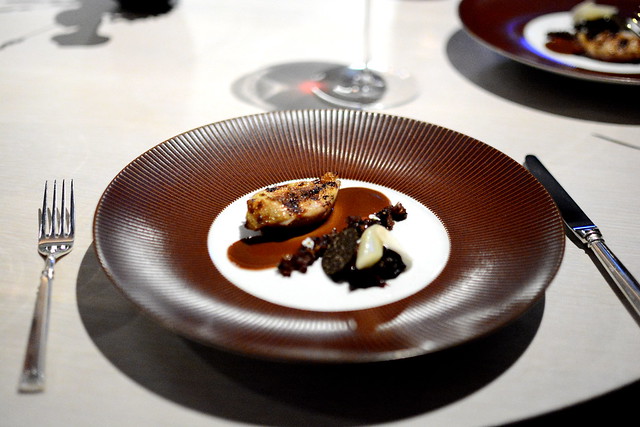 The French quail, deboned and seriously moist, was served alongside salsify, radicchio, a pear-apple condiment, and a rouennaise sauce made from the extracted quail juices. 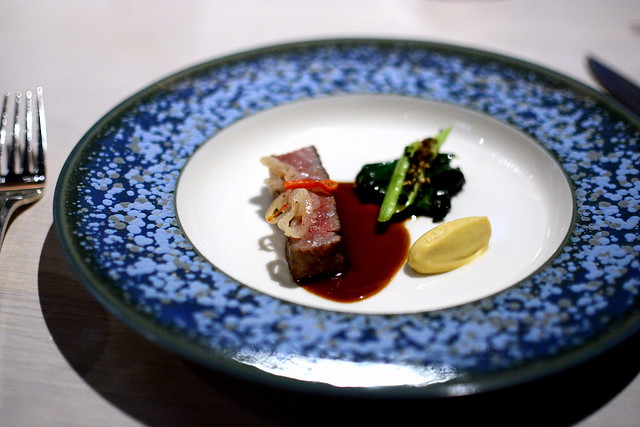 The final savory course of the evening was the Miyazaki wagyu strip loin served with mustard greens, anchovy, shallot, and cayenne, which provided a rich finish to say the least. 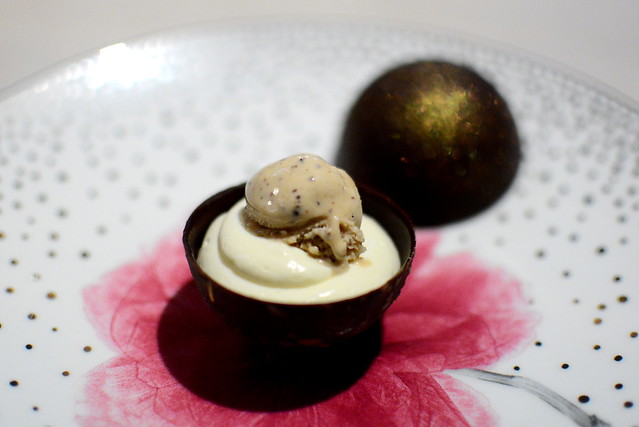 A duo of desserts came next. The thin chocolate sphere contained a creamy and caffeinated Irish coffee. 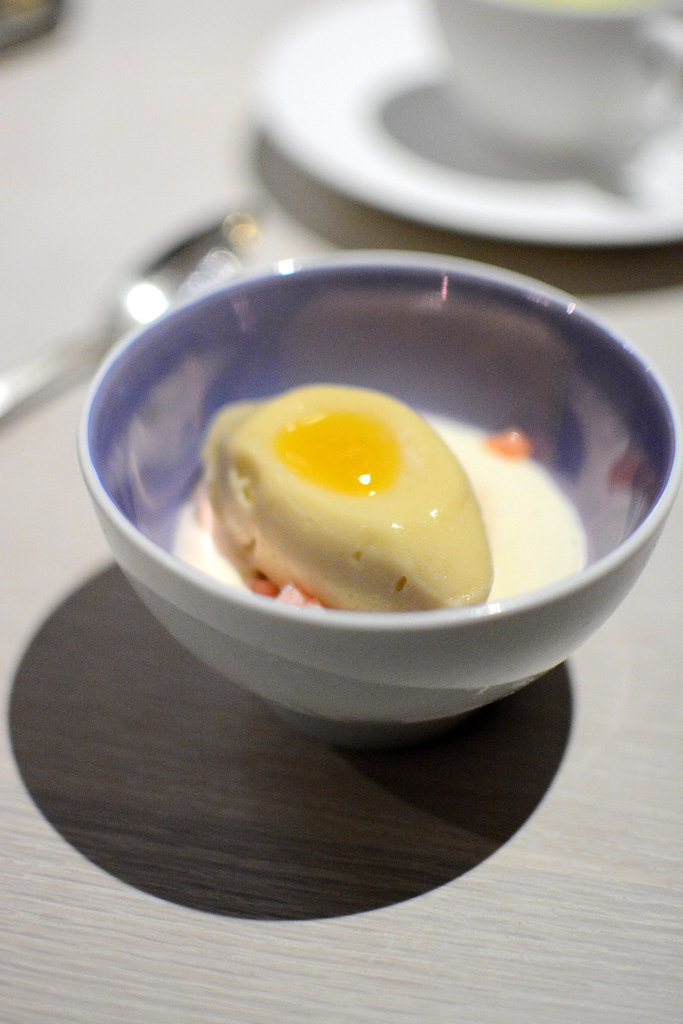 The final sweet channeled the tropics with its pineapple-guava syrup, passion fruit tapioca, and vanilla yogurt. 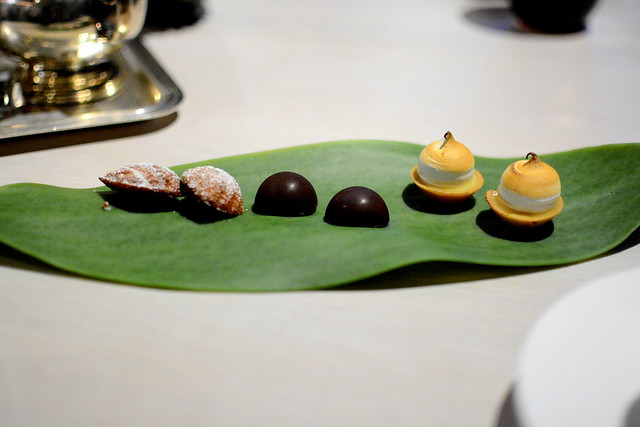 Before departing into the night, a trio of mignardises: madeleine, chocolate, and lemon tart.

Melisse is back and in fine form. The intimate dining room coupled with the tableside flourishes and kitchen theatrics made for an evening that was as delicious as it was memorable.