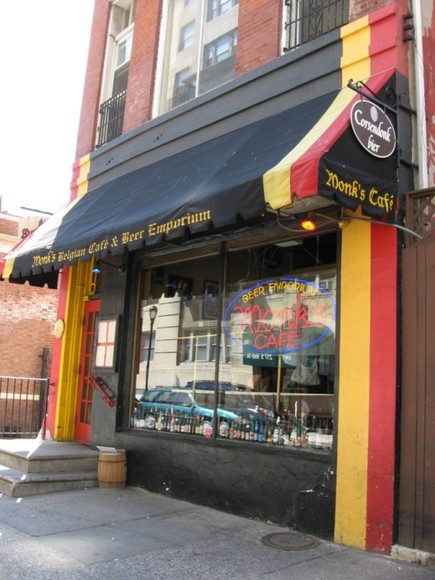 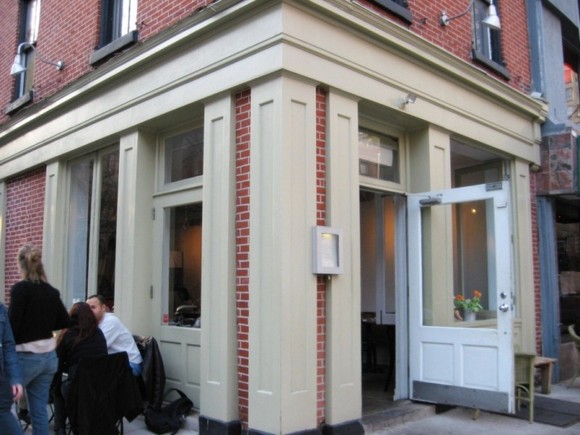 Course III: Pork tenderloin (but of course!) with a sesame and fig puree served with a lentil salad and haricot verts.

Audrey Claire was recommended by Professor Caskey back at Swarthmore. I loved the flatbread immensely even though smoked salmon is pretty common. By the way, flatbread refers to a pizza-like concoction much like Mario Batalli’s at Otto – extremely thin crust with fixins. The tart was a bit too heavy for me. The goat cheese needed to be balanced out by something more complex than leeks and polenta. The cooks did drizzle a balsalmic glaze around the plate, but it wasn’t really enough to counter balance the strong cheese. The Astronomer enjoyed the majority of the tarts. The final course was divine. The pork was so moist and tender and the fig puree offered a fruity pairing that really worked.

Audrey Claire is competing with Melograno to be my favorite restaurant within a two block radius of my apartment.