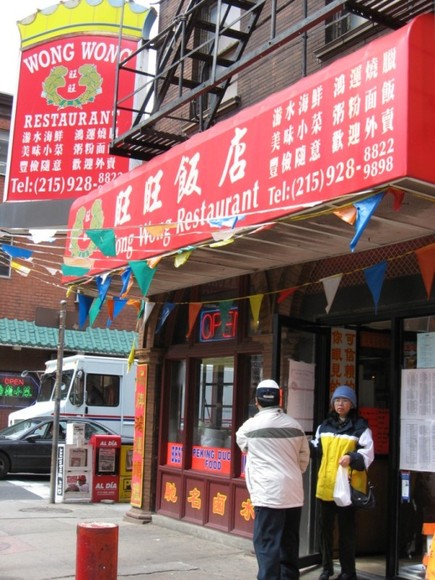 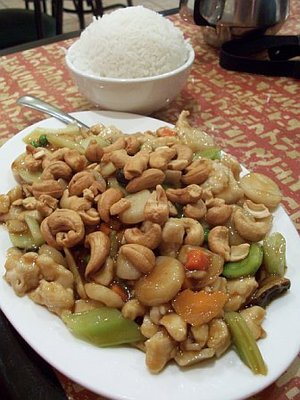 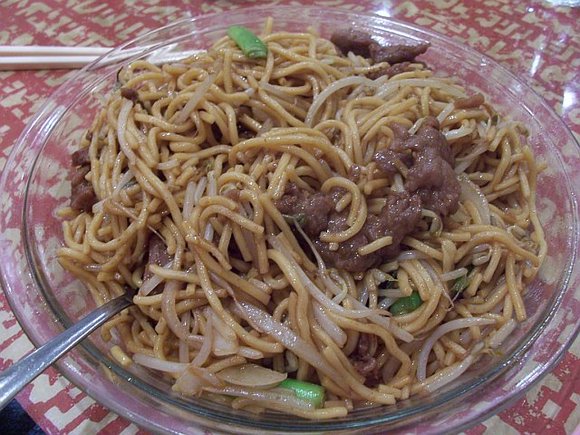 I do not care much for Chinese-Americana fare, but the Astronomer loves it very much. Every so often I indulge the Astronomer and we go out for Chinese food. I had a meeting last night near Chinatown so we hit up Wong Wong afterwards. We had not read anything about this restaurant beforehand and chose it on impulse. My rationale is that one can’t go too wrong picking a Chinese restaurant in Chinatown, especially a restaurant of the “non-banquet” variety; they are more or less all the same. Although I must admit that the barbecued roasted ducks flanked on the outside window of the restaurant helped to draw me in.

It was late in the evening so we each only ordered an entree. The Astronomer had the cashew chicken with white rice while I had the beef noodles. We shared each dish. The cashew chicken was tasty and mild, nowhere near as spicy as a Kung Pao preparation. The chicken was good quality white meat stir fried with peas, carrots, water chestnuts, straw mushrooms, celery and topped with toasted cashews. All winners but the celery. The sauce seemed a bit too light in color, but was satisfying in flavor which is what really matters. The beef noodles were not exactly what I had anticipated. I wanted a thin pan fried egg noodle, but instead I got a thicker more chow mein like noodle. Nevertheless, it was still quite good. My only complaint were the bean sprouts. I’ve disliked bean sprouts since my youth. The beef was very tender and really hit the red meat spot.

All in all this was your average Chinese establishment. I enjoyed the food for what it was—cheap, warm, and salty. The noodles were priced at $6 and the chicken was $8. Fair enough.