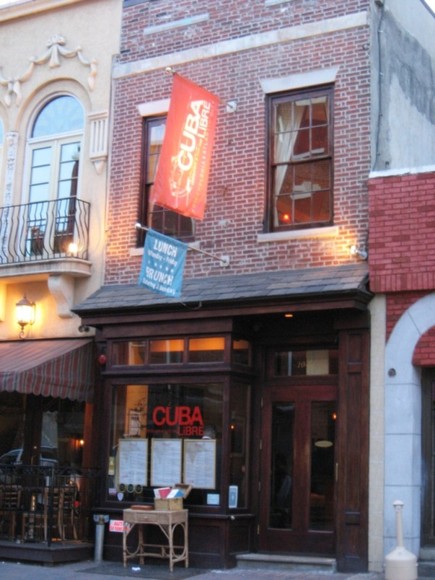 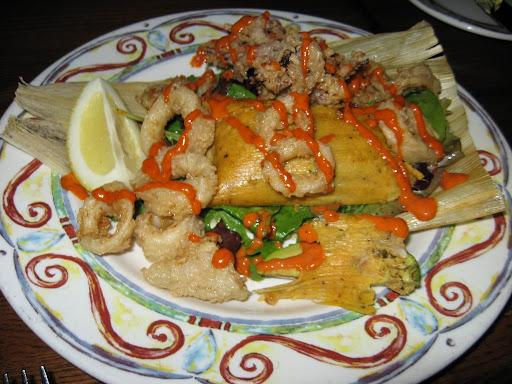 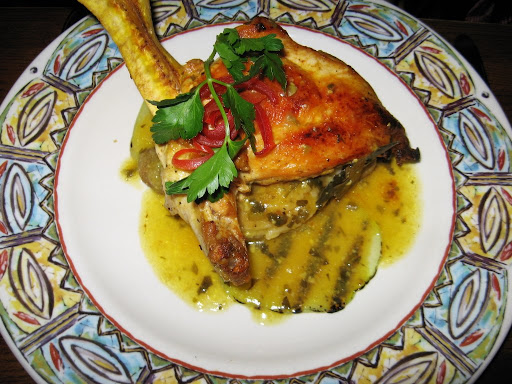 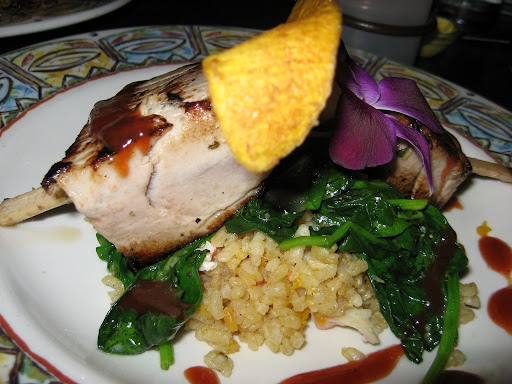 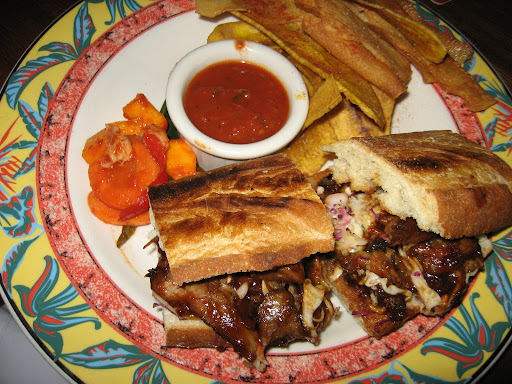 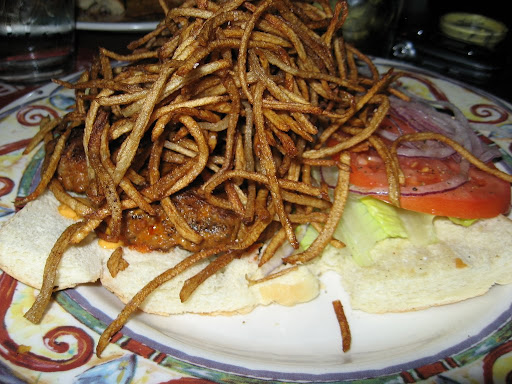 The last time I ate this much Cuban food was last summer while vacationing in Miami. The Astronomer and I just couldn’t get enough vaca frita and sweet plantains and gorged ourselves nightly. The Cuban food served in Philadelphia share a few similarities with the eats we had in Little Havana, but mostly leans toward Nuevo Latino/fusion cuisine.

For Lush’s last meal in Philadelphia, she requested that we dine at Cuba Libre. She ate there once before in college and wanted to see if it was as good as she remembered. We invited The Astronomer and our friend Tara to join us.

All of us shared the Tamal Cubano for an appetizer even though no one knew exactly what a “tamal” was. It turns out that “tamal” is singular for tamales. ¡Que interesante! My high school Spanish teachers would surely frown upon my lack of pluralizing knowledge. I liked everything about this dish except for the actual tamal. The calamari was perfectly crisp and spicy because of the chipotle vinaigrette. The avocado was ripe and a squeeze of fresh lemon juice took the dish up a notch. Sadly, the tamal tasted really seafood-y, which turned me off. Seafood past its prime should be tossed out, not made into a tamal.

Luscious ordered the Pollo Al Ajillo, which was a let down after three amazing nights with Steven Starr. The various components of the dish did not come together as she had hoped. Tara called her Miami Frita “a fat kid sandwich.” She said that even though the sandwich looked strange with an enormous pile of fries, it was in fact delectable.

The Astronomer and I shared the Guava BBQ Rib Sandwich and the 10 Cane Tuna. The sandwich tasted like a southern pulled pork sandwich gone tropical, which the Astronomer and I really liked. The BBQ sauce was sticky and sweet, but debatably guava. The slaw was lost in the abundant sauce and the bread was substantial enough to hold in the ample fixings. Some non-descript chips were served on the side, which I left up to the Astronomer.

The 10 Cane Tuna was a nice contrast to the rib sandwich. Two small hunks of tuna were speared with sugarcane and seared to a nice pink. I could taste the sweetness from the 10 cane rum on the exterior of the tuna. The highlight of the dish was the coconut-calabaza rice tossed with king crab leg whose light flavors worked well with the fish. My only complaint was the petite portion size. I’m not a big girl, but I have a big appetite.

Venturing to Old City is always fun, but Cuba Libre’s food and ambiance are nowhere near as polished, interesting, and delightful as Alma de Cuba’s. Next time I’ll stay closer to home.

One thought on “Cuba Libre – Philadelphia”