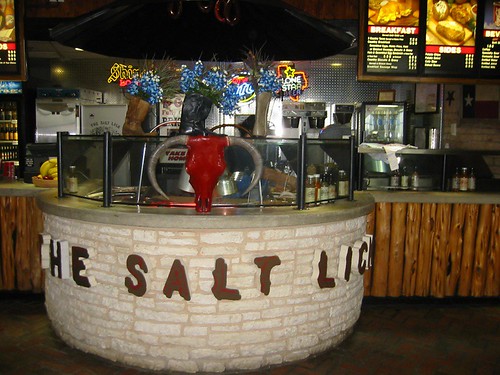 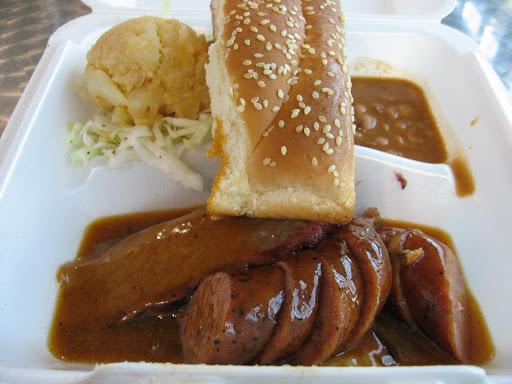 The original Salt Lick restaurant is located 30 miles outside of Austin in Driftwood, Texas. Since I was in Austin for business rather than pleasure, I had to settle for the satellite location in the airport. Hey, I’ll take what I can get.

My brother was in Austin a month ago and highly recommended that I try The Salt Lick. He proclaimed it to be the best brisket and sausage he had ever had. My friend Esme, an Austin native, also recommended that I check the eatery out. 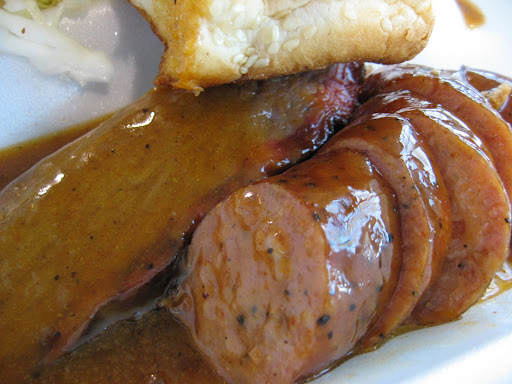 I stepped off the plane and immediately headed to The Salt Lick for some highly anticipated BBQ. With the glowing recommendation from my brother, I ordered the Brisket and Sausage Platter, which came with coleslaw, potato salad, beans, and white bread. 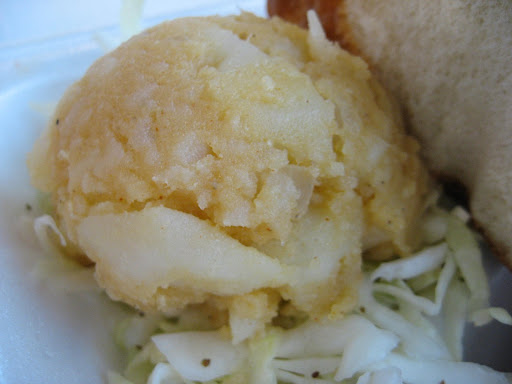 The sausage and brisket were both good, but I liked the sausage a little more because of the spices. The brisket was tender and had a little trim of fat that I definitely didn’t remove. The best thing about The Salt Lick is their unique sauce, which is mustard and vinegar based rather than ketchup. Mmm! While the meat rated high, the sides were unfortunately lacking. The beans, coleslaw, and potato salad were all tasteless; although I must commend The Salt Lick for steering clear of mayonnaise. 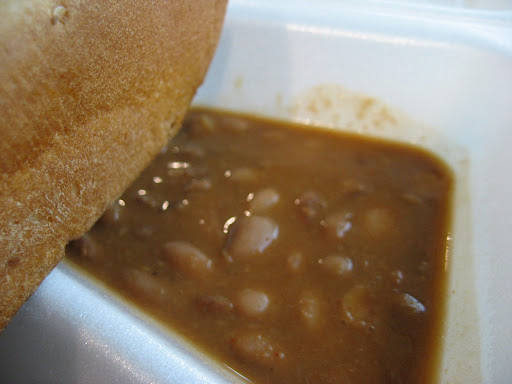 The Salt Lick was a good introduction to Central Texas BBQ, but made me miss the wonderful sides in Birmingham, Alabama.

One thought on “The Salt Lick – Austin”