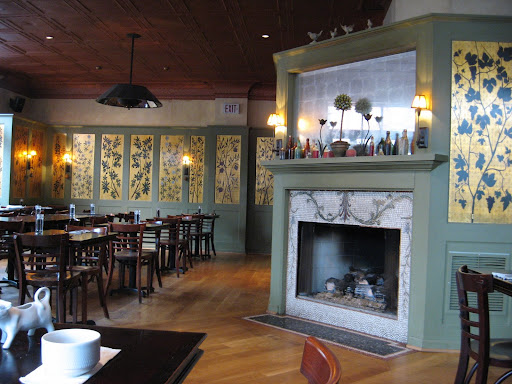 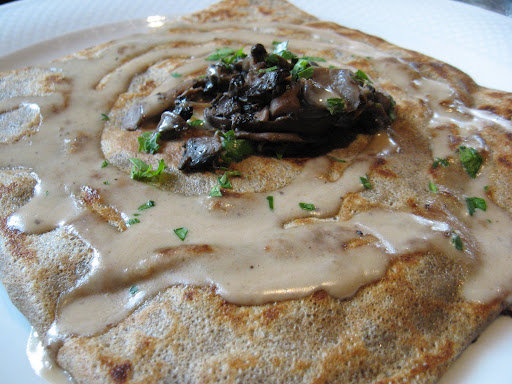 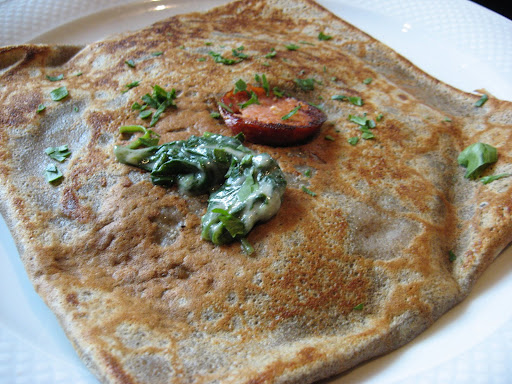 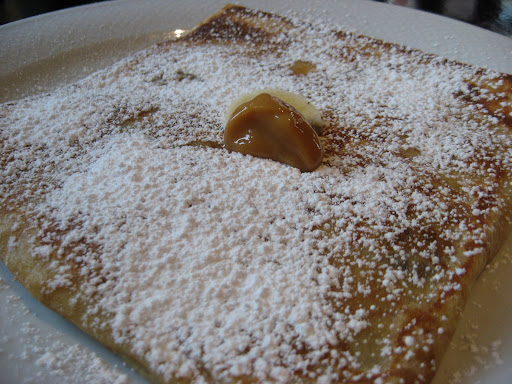 My lovely friend Adrienne came for a short but sweet visit late last week from upstate New York. She was in the mood for crêpes so we headed to Beau Monde—one of my all-time favorite eateries. Even though Philadelphia is chalk full of restaurant possibilities, I keep returning to Beau Monde time after time for the freedom to craft my own creations and the thoughtfulness the kitchen puts into each delicate crêpe.

An early dinner was in order because Adrienne needed to head down to D.C., while I needed to watch The Astronomer rock it at Penn Relays. Beau Monde is often packed on evenings, but was nearly empty at four in the afternoon which meant guaranteed attentive service and a beautiful space to ourselves. 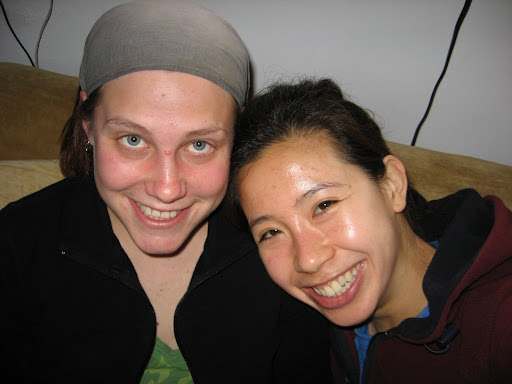 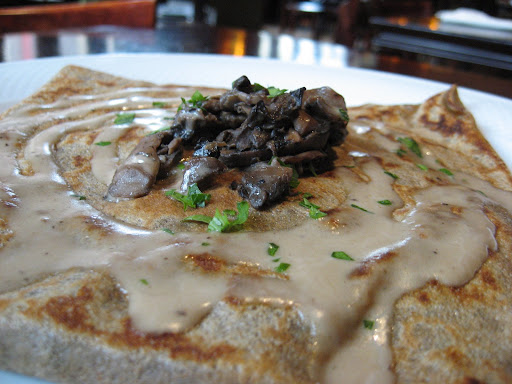 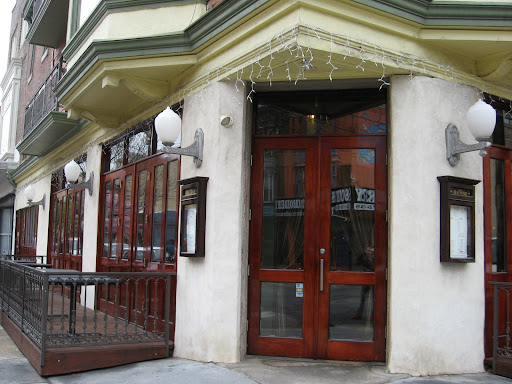 Adrienne once had a delectable creamed spinach crêpe that she was hoping the chefs at Beau Monde could match. She added some Andouille Sausage to spice things up a bit. Much to her delight, the crêpe exceeded her expectations. The spinach was vibrantly green and creamed perfectly and the sausage was plentiful and flavorful. Beau Monde’s crêpe is now the gold standard that Adrienne uses to measure all future crêpes by.

I chose the simple mushroom crêpe and it wholly hit the spot. The buckwheat crêpe was generously filled with mouth-watering sauteed mushrooms and drizzled with a luscious mushroom cream sauce. The crêpe was crisp around the edges and softer in the middle making each bite just a little different from the one before. The woodsy intensity of the mushrooms was like no other.

We shared my favorite sweet crêpe combination, bananas with dulce de leche, for our finale. The bananas are lightly caramelized, doused with thick dulce de leche, wrapped in a wheat crêpe, and sprinkled with powdered sugar. There aren’t words magnificent enough to describe the awesomeness of this crepe. Adrienne, who isn’t too big on caramel, was speechless after her first bite. Honestly, it’s that good!