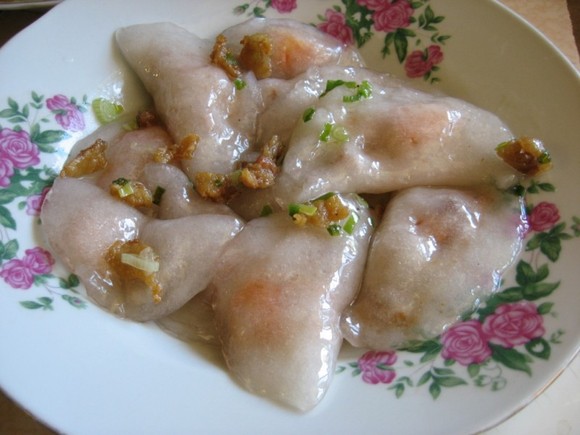 Cut pork into small pieces that contain meat, fat, and skin. Set aside.

Remove the small and large shrimp’s tails, legs and veins, but leave their peels intact. The shrimp’s peel adds to the dish’s flavor and texture. For the larger shrimps, do not remove their heads. The shrimp heads contribute to the filling’s intense orangey color.

Sauté the pork in a medium saucepan on medium-high heat until just cooked. Add the shrimp (large and small) to the pork along with vegetable oil, fish sauce, salt, and sugar. Cook until all liquid has been absorbed. Lastly, add a generous amount of pepper to the filling.

Place the tapioca starch into a large mixing bowl. Add enough boiling water to the starch to form malleable dough. Start with half a cup of water and gradually add in a little more until dough is formed. Knead the dough for approximately five minutes or until the water and starch is combined. The dough should be smooth and pliable. 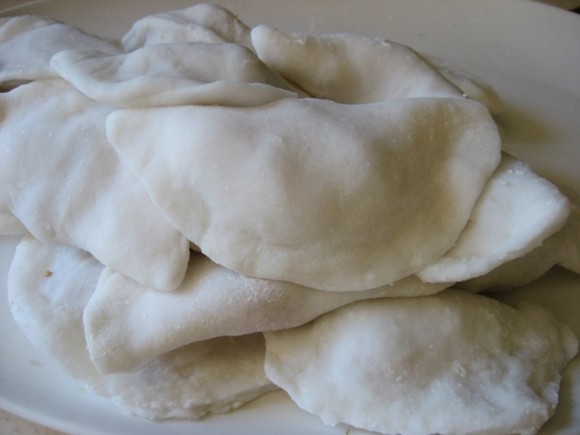 Using a small portion of the dough, form a flat circle that is approximately 3″ in diameter and 1/8″ thick. Place one shrimp and one piece of pork in the center of the dough and fold in half. For the larger shrimps, cut into smaller pieces. Repeat with the remainder of the filling and dough. 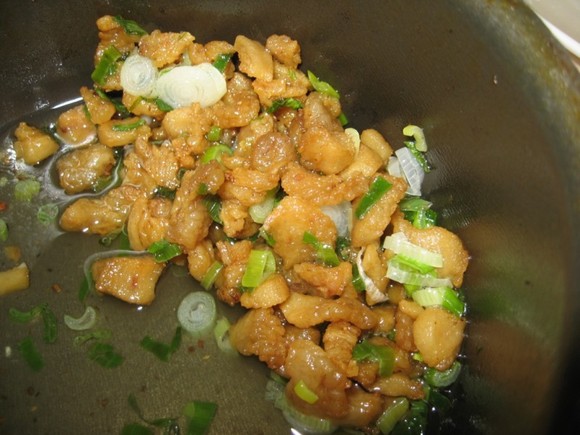