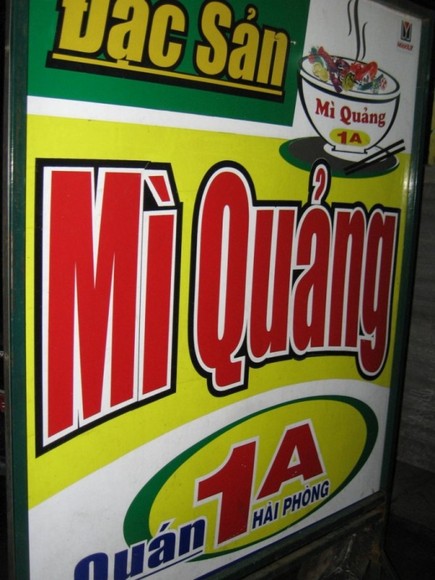 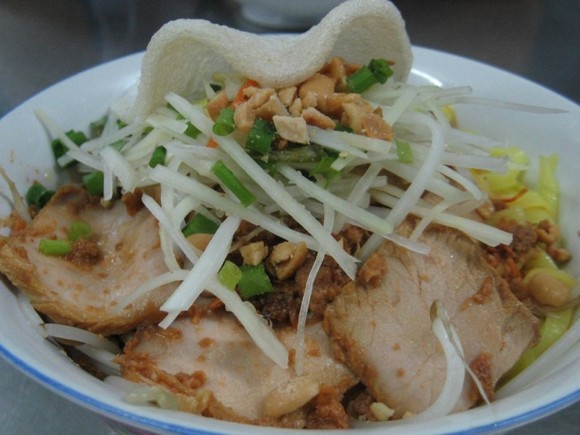 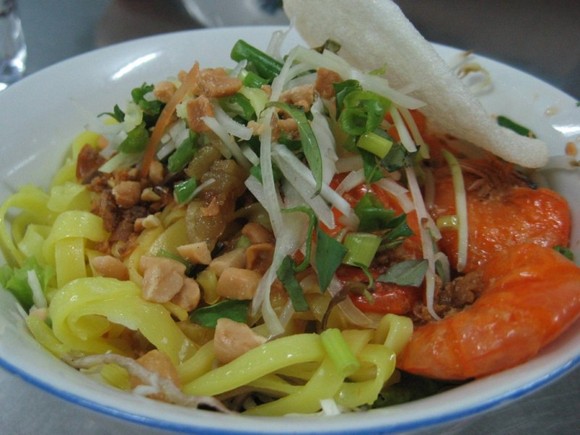 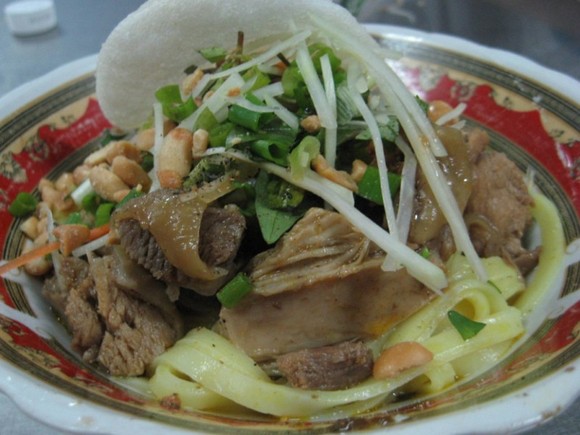 Mi quang is to Da Nang as deep-dish pizza is to Chicago.

If the SAT’s had more analogies like the one above, I would have scored much higher than 1170. Somehow, even with the boring analogies, The Astronomer managed to score a cool 1570. Genius!

The Astronomer and I were only in Da Nang for a day the other week, but we made sure to pencil in a little mi quang action. We dined at Mi Quang 1A based on a recommendation from our friend Cathy before catching our flight back to Saigon. The restaurant was large, lit in fluorescent lights and laid-back. Pajamas? Check. Kung Fu movie? Check.

The eatery offers three different types of mi quang—shrimp, pork, and chicken. We ordered a bowl of each; I had the shrimp, while The Astronomer went for a bowl of pork and a bowl of chicken. 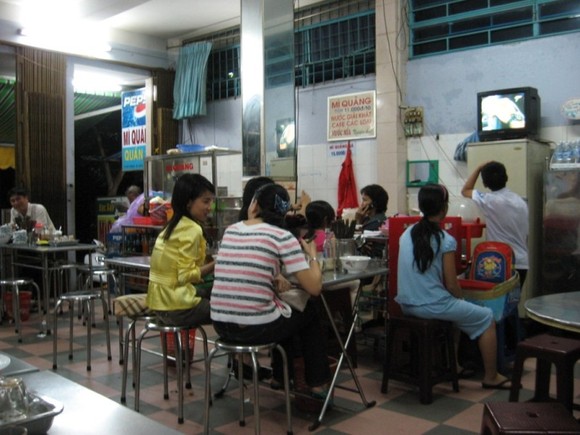 I’ve covered the ins and outs of this dish before and was really impressed with 1A’s execution. Even though they replaced my beloved sesame cracker with a shrimp chip, the mi quang tom was a fabulous bowl of noodles. Whereas the mi quang in Saigon and San Diego contain a plethora of meats mixed together, 1A compartmentalizes each one. However, the broth is the same regardless of the meat of choice.

This was The Astronomer’s first time sampling the classic Da Nang dish and he had a look of utter bliss on his face as he polished off his two bowls. He commented that the broth was perfectly subtle and yet flavorful, kind of like Hue’s com hen dish. He preferred the pork rendition over the chicken because bones are difficult to deal with in a noodle soup.

Since our return home to Saigon, The Astronomer has eaten a number of bowls of mi quang from a few different establishments to see how they measure up to Da Nang’s. Thus far, he has yet to encounter a product as fine as Mi Quang 1A’s.