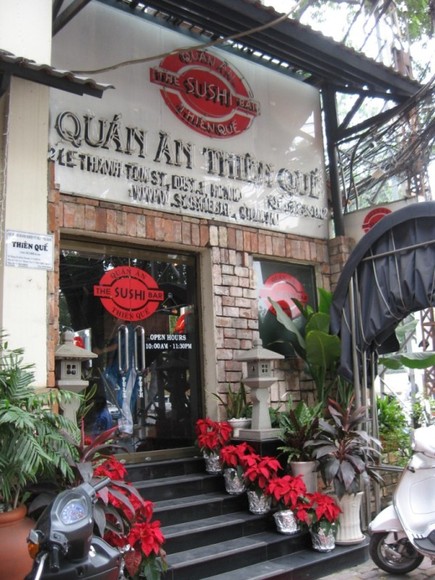 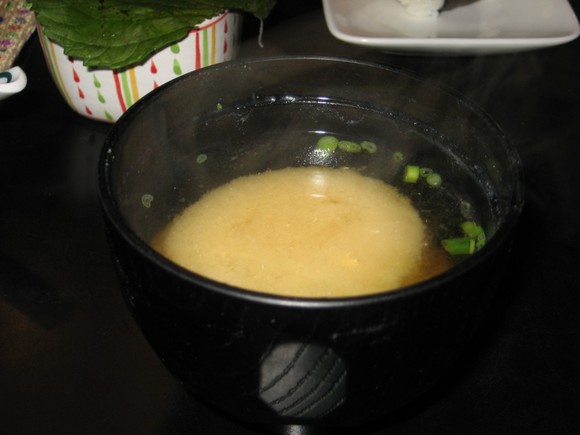 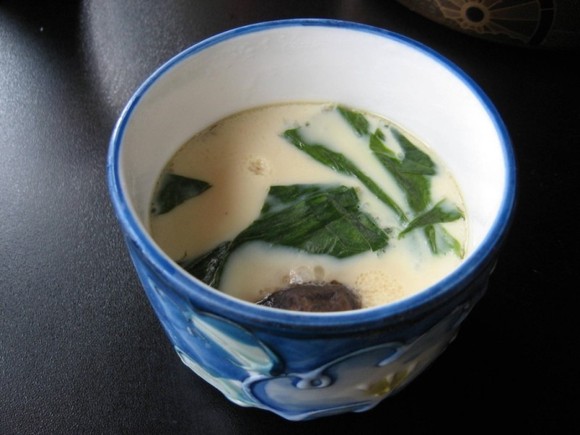 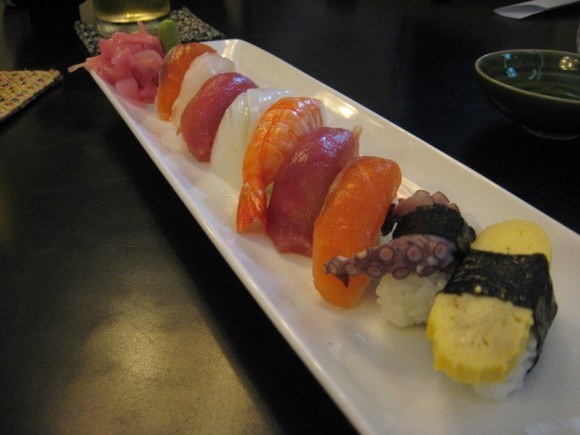 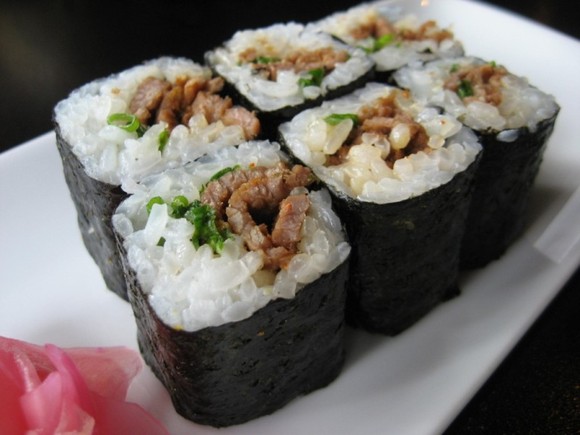 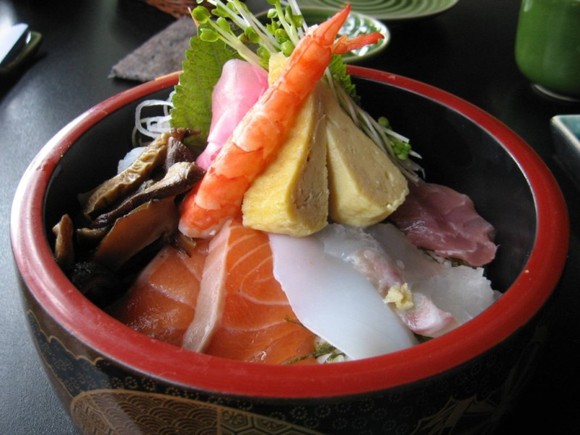 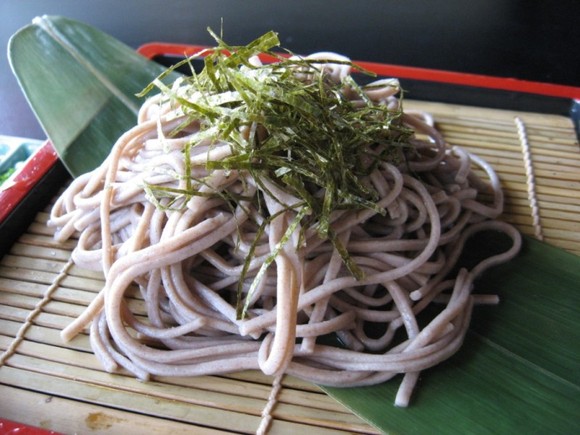 Two weeks ago, The Astronomer and I had a really rough couple of days. First, we were given a ridiculously last-minute assignment for work and then we were told we had to move out of our apartment ASAP. In the words of Cher from the movie “Clueless”—

I felt impotent and out of control. Which I really, really hate. I had to find sanctuary in a place where I could gather my thoughts and regain my strength…

The one thing that made the stresses from work and moving a little better was some fine Japanese food served in an air conditioned restaurant.

On our first visit to The Sushi Bar, The Astronomer and I both had set lunches, which came with miso soup and Chawanmushi. I ordered the Chirashi Sushi Teishok, while The Astronomer had some delicate pieces of Nigiri Sushi.

The Chirashi is comprised of a bowl of sushi rice topped with pieces of salmon, tuna, clam, tomago and shrimp, pickled ginger and sprouts. The fish was high-qual and so, so good. The accompanying miso soup was average, while the Chawanmushi, an egg custard cup with shrimp, pork, and a shitake mushroom, was uninspiring.

The Astronomer’s Nigiri Sushi was lovely as well. The rice was loosely packed, while the fish was very fresh. He passed the tomago my way because he doesn’t like eggs. Yay, for me.

On our second visit to The Sushi Bar the following day, I ordered the Chirashi set lunch again, while The Astronomer went for a roast beef roll and soba noodles.

The roast beef roll tasted as I suspected—beefy. I prefer my sushi raw. The soba noodles, which were served with a soy broth, fresh scallions and radish, were refreshingly cool, but missing a certain oomph. Some vegetable and shrimp tempura would have made the soba outstanding.

I love street food, but when I need luxury and thoughtful service, pass the sushi.