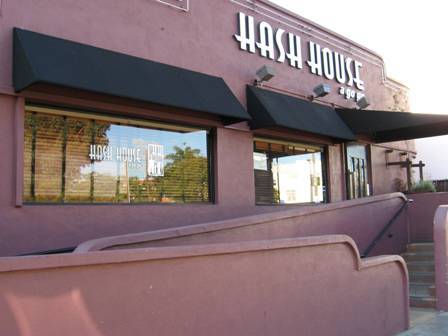 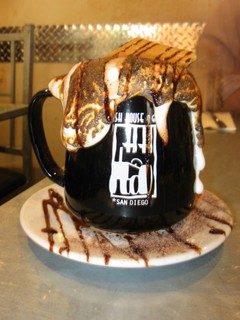 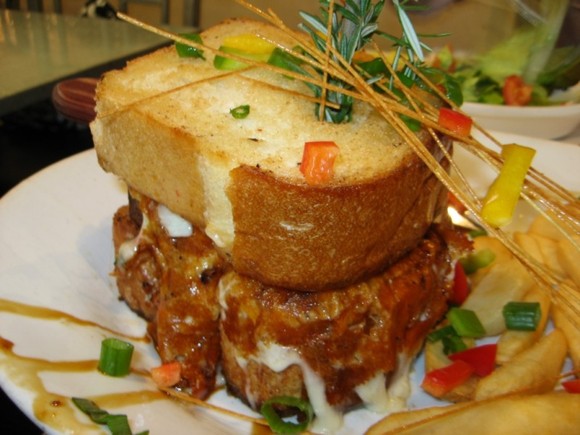 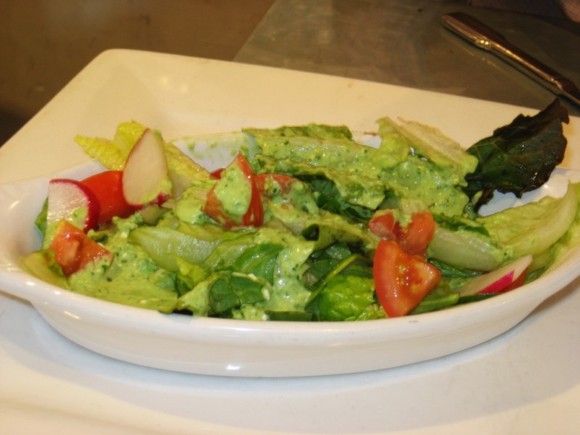 Side Salad with Cucumber Dressing

The day after Christmas, brother and I attempted to go shopping at Fashion Valley, but failed to find a parking spot and had to make new plans. Brother was feeling a little hungry, so we drove around America’s Finest City looking for a place to eat. We ended up heading to Hillcrest to try out a restaurant I had read good things about months ago—Hash House A Go Go.

As we waited for our table to be set, I glanced around the dining room to see what others were eating. I think my jaw dropped to the ground when I saw how big the restaurant’s portions were; think Maggiano’s times two (no joke). Brother accurately stated that the plates looked more like serving platters!

Intimidated and disturbed by the portions at Hash House, brother and I shared The Kokomo. Brother also ordered a smores coffee, which arrived first. Oozing with marshmallow cream and chocolate syrup and topped with a graham cracker, the coffee was excessive to say the least. Brother enjoyed scraping the the mug to get every last bit of marshmallow, but found the coffee bitter in contrast to the sweet accompaniments. He would have preferred a hot chocolate served in this fashion because the coffee did not meld well with the other flavors. 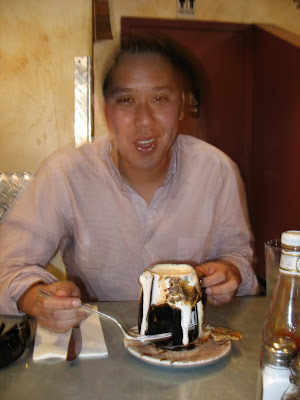 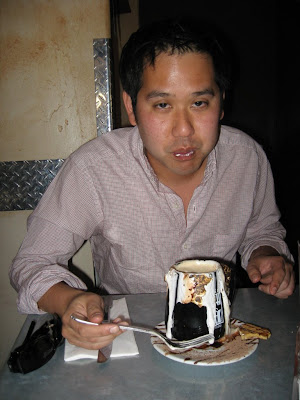 When the meatloaf sandwich was brought to the table, we were really glad we decided to share because it was ginormous. Each slice of bread was 1.5 inches thick, toasted and smeared in butter. The meatloaf was smothered in lotsa melted cheese. Somewhere in between the meat and the bread was a roasted tomato. The sandwich usually comes with either a side of fries or a side salad, but I request half and half. The half portion of salad and fries were ridiculous; I couldn’t believe they were half-size servings.

The only spectacular aspect of the sandwich was its size. Flavor-wise, brother and I have had much better. If you’re in Philadelphia, head to the Irish Pub for the Meatloaf Melt. Brother said that the cheese was tasteless and unnecessary. I had to employ lots of ketchup to the meat to boost the taste factor. Brother didn’t like the fries. I thought the cucumber salad dressing was very good, but there were too many pieces of iceberg lettuce in the mix.

Even though I’ve only dined at Hash House once, I feel confident making a broad statement regarding the establishment. Hash House is the epitome of what’s wrong with food in America—huge portions, mediocre taste and undiscerning consumers.

Oh, and they charged us a $2 split fee for sharing an entree. As if!