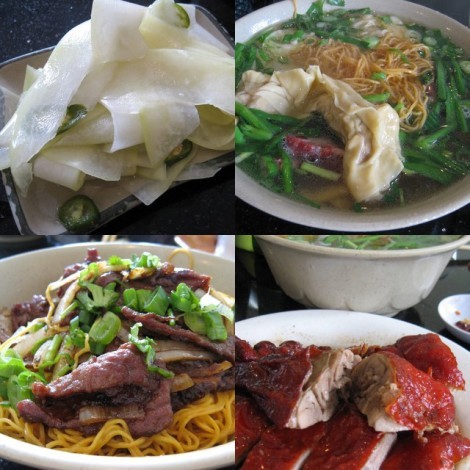 For my last meal in America, my grandpa and I planned to hit up In-N-Out Burger because after 30+ years of living in San Diego, he had never tasted a Double Double! At the last minute, we nixed our burger binge because grandma and cousin Michael wanted to tag along and they weren’t in the mood for las hamburguesas.

I didn’t get to taste any of grandpa’s duck, but it looked damn good from afar. Grandma passed some xui cao my way and they were great; packed with lots of meat and sesame-flavor. The mi bo satay was a bit dry because the ratio of meat to noodles was off.

Although I’m not positive, I think the portions at Minh Ky have grown since I visited last summer. In fact, only cousin Michael was able to finish his noodles. Grandma, grandpa and I had to request doggie bags. This portion distortion business has got to stop.