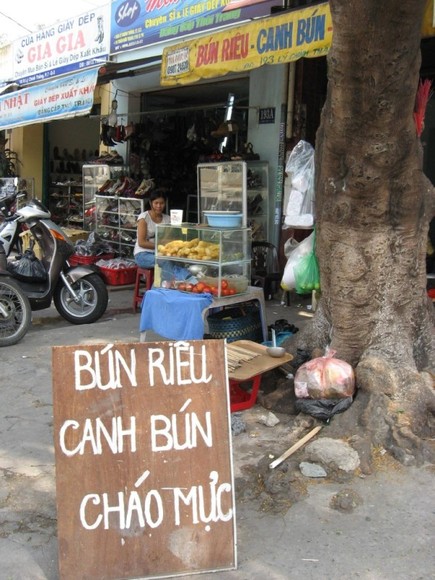 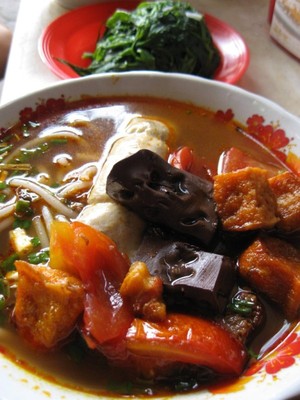 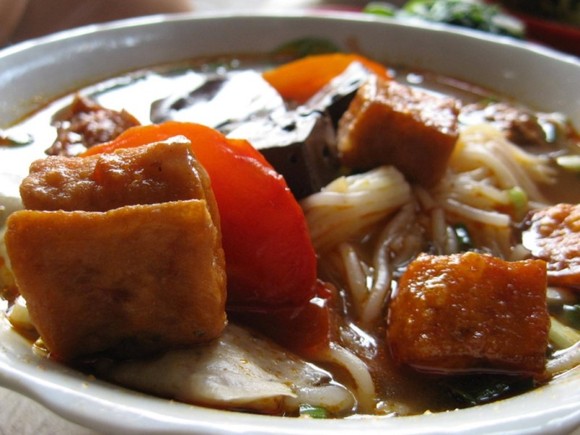 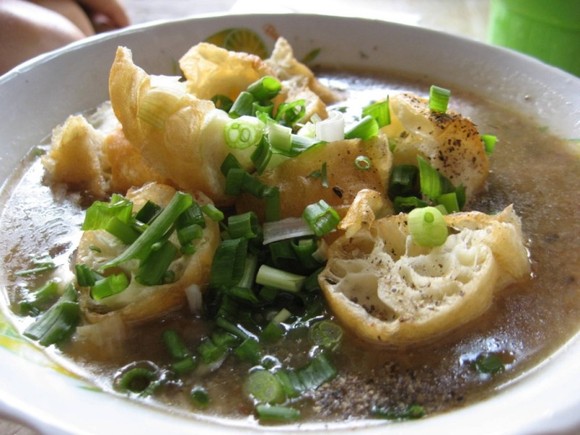 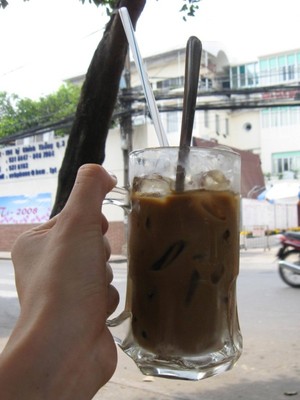 Another day, another new noodle soup to try!

The Astronomer, our pal Cathy and I lunched at a not-so-pretty eatery on Ly Chinh Thang Street advertising canh bun, bun rieu and chao muc. We ordered one of each for variety’s sake, but I was particularly interested in the canh bun because I have never tried it before.

Canh is a light Vietnamese soup eaten with rice, while bun are vermicelli rice noodles. Surprisingly, canh bun is not a combination of the two. Tricky, huh?

It turns out that canh bun is exactly the same as bun rieu (vermicelli noodles in a sour crab-based broth) with the addition of blanched spinach served alongside the essential herbs and greens. Not the most innovative dish, but I can find no fault in extra nutrients and fiber. Anything for 5-a-day.

The bun rieu here was very good. Unlike my family’s version or the one at Thanh Hai, this one came with spongy squares of deep-fried tofu that soaked up the sour broth nicely and contained cubes of blood jello that are much tastier than they look.

The chao muc was my personal favorite of the meal. The smoky squid porridge was topped with ground black pepper, chopped scallions and pieces of fried dough. Similar to the tofu in the bun rieu, the fried dough soaked up the porridge with its oily goodness. There were several pieces of actual squid, but they blended in with the hot porridge.

After three steamy dishes, we headed to a drink vendor several blocks down for some ca phe sua da (Vietnamese coffee with sweetened condensed milk on ice). Although I usually passed on this stuff back home, I am officially a huge fan. What’s there not to like about drinking melted coffee ice cream? I have seen the light.