I celebrated the big 2-6 climbing on ancient temples around Angkor Wat and enjoying a luxe dinner afterwards at Meric. I would normally skip swanky joints for homelier ones, but since it was my birthday, I had to live it up. Plus, Conde Nast Traveler named Meric one of their Hot Tables in 2006:

Named after a type of pepper grown in the Kampot region of Cambodia, this slick dining room at the trendiest new property in Siem Reap, the Hôtel de la Paix, has immediately become the boom town’s best table. New Zealand native Paul Hutt, one of the most inventive chefs in Southeast Asia, moved here from the Shinta Mani Hotel, and if his menu there was brilliant, here he’s really hit his stride. Think Khmer cooking for the twenty-first century, which is to say regional dishes made with local produce and given a high-shine Pacific Rim gloss. “What I love about Cambodia is the incredible freshness of the ingredients and the subtlety of Khmer cooking, a very misunderstood Asian cuisine,” says Hutt. His menu evolves constantly; among the latest dishes were steamed maan (fermented fish) with Khmer crudités, lake krill from nearby Tonle Sap, a salad of ambarella (between a quince and a crab apple), and stir-fried frog with basil (entrées, $18–$22).

Our entire party of six ordered the Khmer tasting menu—a seven course Cambodian feast priced at $28. The presentation at Meric is really something special, every course was served on slabs of stone and garnished with banana leaves.

The first course was a large spoonful of pomelo and grilled pork salad. We weren’t sure whether to eat it in one bite or to make it last by using additional silverware. The salad was very similar to the pomelo salad I had in Da Nang at Buddha Bay, minus the squid. From the fried shallots to the pork slivers to the fish sauce-based dressing, the salad was more or less a Vietnamese goi.

The grilled chicken and yam bean salad came next. The yam beans, also known as jicama, created a crunchy and refreshing base. The chicken was shredded and simple, while the herbs shined through.

The bar fish and eggplant with coconut milk soup was lovely as well. The fish’s texture was sturdy like chicken, while the eggplants were nice and tender. The coconut milk brought about a milder and creamier curry soup.

The stir-fried calamari with Khmer curry and peanuts was probably the least memorable of the dishes due to its lack of oomph. Diced green peppers and peanuts can only take a dish so far. According to the chef, this dish isn’t purely Cambodian. While the Khmer do eat squid, it’s usually grilled and not stir-fried.

My favorite course of the evening was the braised beef shank with palm sugar and star anise. Reminiscent of Vietnamese bo kho, this rich and savory stew was brimming with moist pieces of beef and richly flavored with star anise. The yolk from the hard-boiled egg soaked up the salty broth, creating an orb of deliciousness.

For our final course, we were presented with an assortment of Khmer sweets including a banana cake, a sticky rice cake topped with custard, and a shot glass filled with sticky rice with black eyed peas and coconut milk. The cakes were served with a caramel-y palm sugar sauce that seduced me completely. My favorite combo was the banana cake dipped in the palm sugar sauce—caramel and bananas go hand in hand. 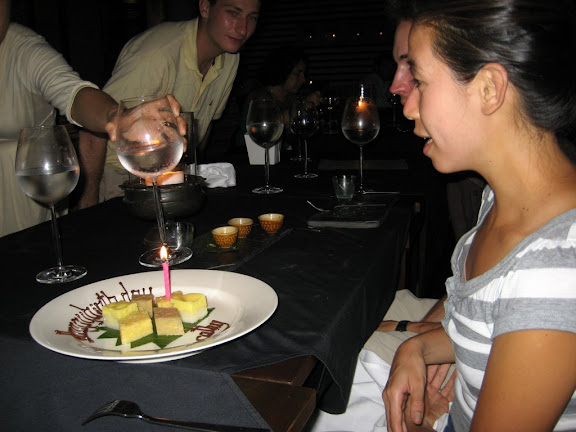 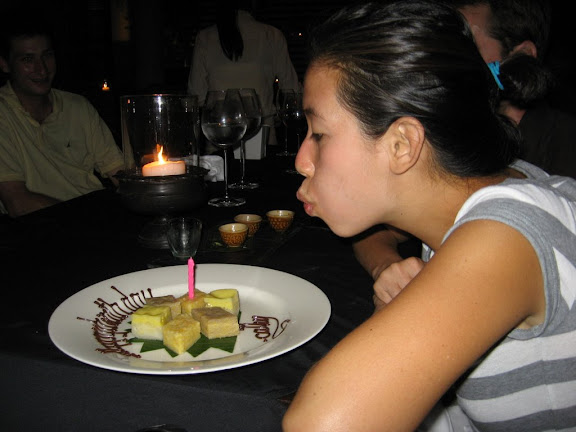 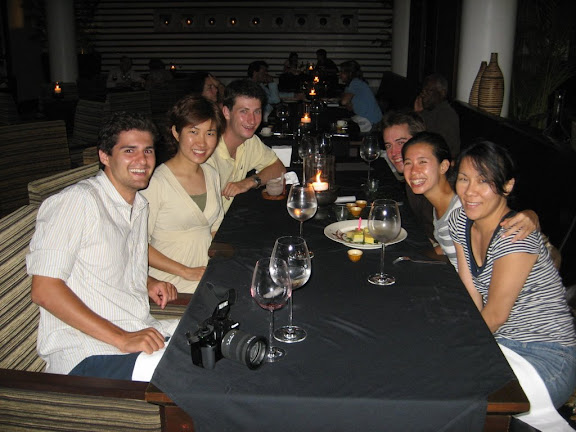