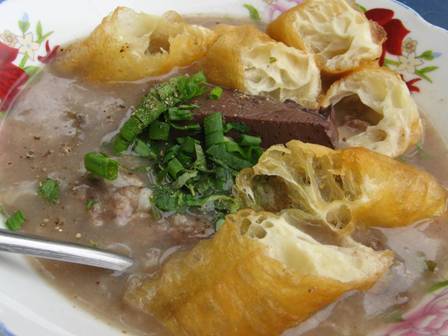 One of the aspects that I appreciate most about Vietnamese cuisine is that nothing goes to waste. From bones to meat to blood and guts, each and every part of an animal is put to good culinary use. Cháo lòng turns piggy odds and ends that most butchers would toss out with the garbage into hearty and soothing rice porridge.

Cháo Lòng is one of the rare offerings in Saigon that is served from morning until evening. The dish is hot, satisfying and easy on the pocket at only 6,000 VND a bowl. Street vendors dishing up cháo lòng can be easily spotted with their giant metal vats and glass display cases filled with piles of offal and stacks of golden fried dough (giò cháo quẩy). 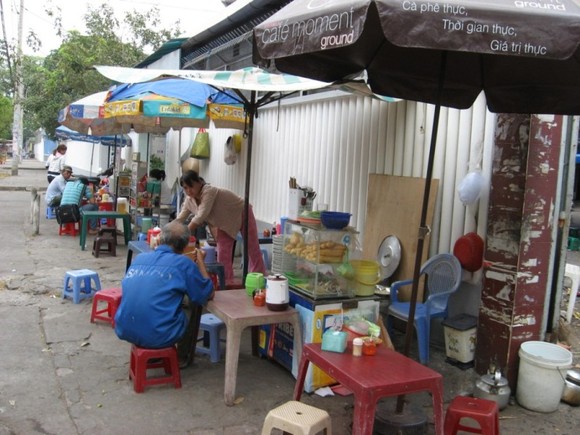 The heart of cháo lòng consists of rice softened in a flavorful broth with cubes of congealed blood (huyết) thrown in for good measure. To serve, the porridge and huyết are ladled into a large bowl along with slices of liver, chunks of tubular innards and various forcemeats. Scallions, fresh ground pepper and small pieces of fried dough are then scattered on top. Fresh bean sprouts, lime wedges, ginger and fish sauce are available tableside for diners to season their cháo to taste.

The highlight of cháo lòng are the slices of fried dough. When incorporated into the steaming porridge, the dough softens and engorges as it soaks up the porridge like a sponge. 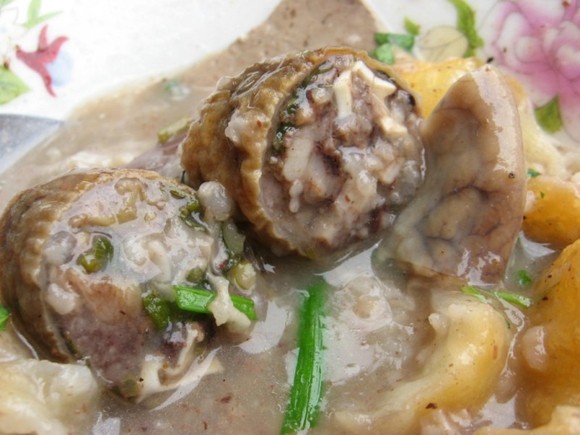 Despite eliciting strong distaste from the majority of Westerners, offal is actually quite mild and surprisingly palatable. The consistency may be a turn off to some, but I completely embrace its subtle chewiness.

Cháo lòng is certainly not the most aesthetically pleasing dish, but its flavors and textures more than make up for its lack of presentation.