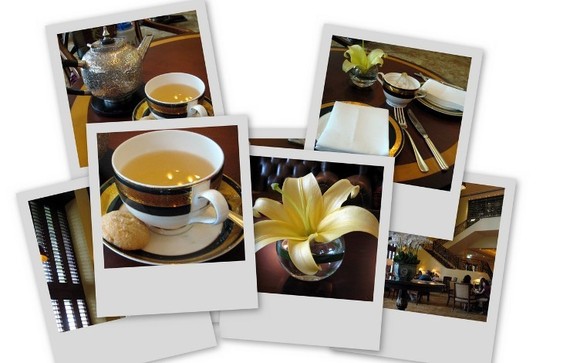 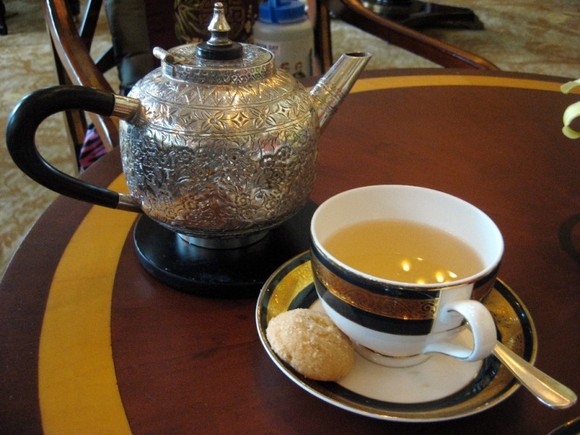 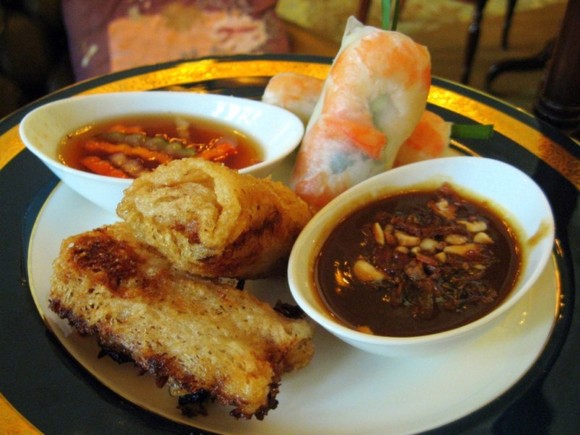 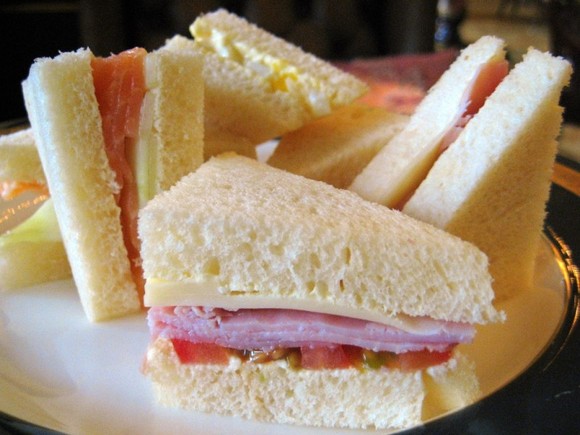 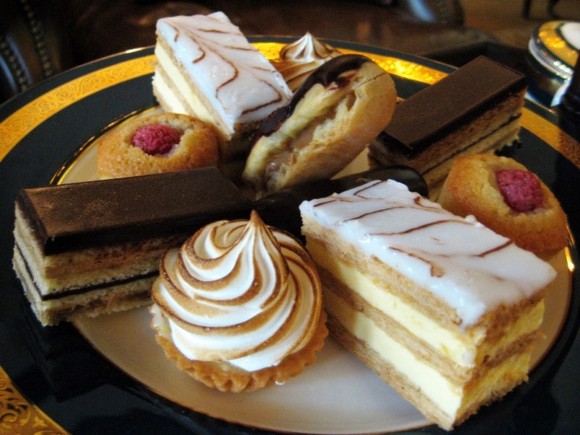 Afternoon tea has recently joined running, The Astronomer and the Travel and Living channel as one of my favorite pastimes. After a wonderful tea experience at the Caravelle Hotel when Lush was in town, I was extremely excited to tea once again.

The Park Hyatt’s afternoon tea ($8 per person) is held on the first floor of the hotel in the lobby lounge area. The space is dimly lit and richly decorated with dark wood and leather furniture. The overall vibe is classy, but perhaps a little too sophisticated and “old money” for my taste.

According to the lounge menu, afternoon tea consists of Vietnamese savories and French pastries. Although I prefer traditional offerings at tea time (i.e. little crust-less sandwiches), I arrived open-minded since this is the nicest hotel in town.

Our lemongrass and peppermint teas were presented in elaborately etched silver pots. My lemongrass tea tasted like a bowl of Tom Yum Goong soup, minus the spicy factor, while The Astronomer’s peppermint tea tasted like a candy cane, minus the high fructose corn syrup. The little shortbread cookie placed alongside our cups was buttery, crunchy and left us wanting a few more. 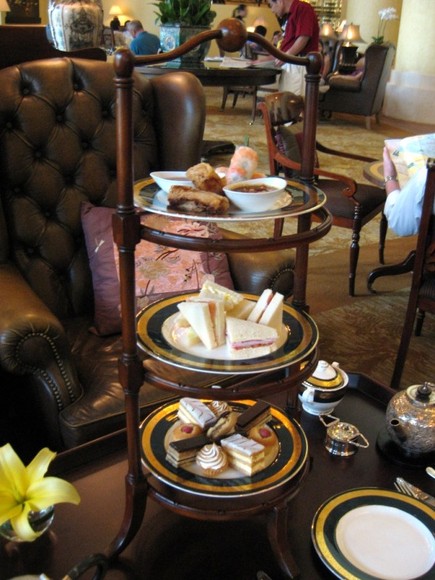 Feeling a bit uncreative, The Astronomer and I decided to start at the top and work our way down. The top tier consisted of Vietnamese savories, i.e. cha gio with nuoc mam and goi cuon with tuong. One of the cha gio was overcooked and bursting at the seams, while the other was in tip top shape. The Astronomer was quite the gentleman and offered me the pristine one, while he ate the ugly one. We both agreed that the cha gio was quite good, but it was strange just eating one. Cha gio are like Pringles, once you pop, you just can’t stop.

We were impressed that each of the tiny goi cuon contained two good-sized shrimps. Other than that notable aspect, they were fairly run of the mill.

The middle tier contained a selection of classic tea time sandwiches—ham, tomato and cheese, smoked salmon and cucumber, and egg salad. These weren’t advertised on the bill of fare and were a pleasant surprise. The sandwiches were fine, but unspectacular. Even the smoked salmon, my usual favorite, was a letdown.

15 thoughts on “Afternoon Tea at the Park Hyatt Saigon”