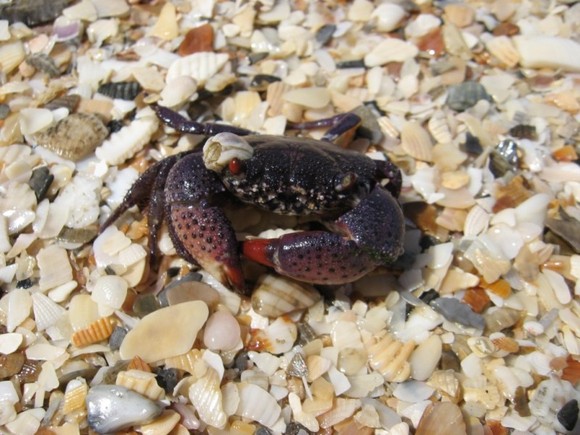 After months of hardcore training, The Astronomer and I packed up our bags and headed to Mũi Né for the Le Fruit Triathlon. Although I was tempted for maybe five minutes to participate, I knew that I couldn’t hack the swimming and cycling portions of the race so I settled comfortably into my role as cheerleader. 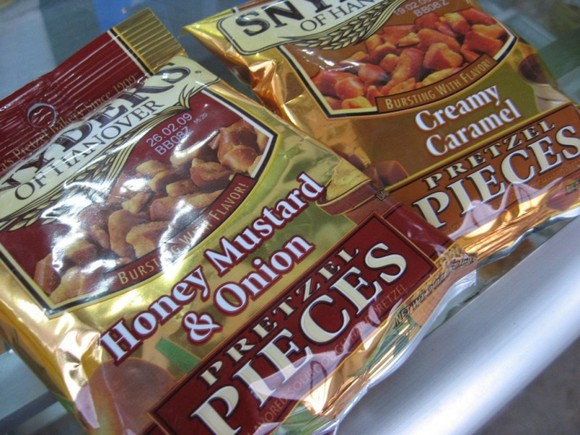 We left Saigon late Friday afternoon. Although the advertised trip duration was four hours, the ride lasted closer to six. The bus pulled over at a rest stop about 1.5 hours into the trip and I impulsively bought some Snyder’s of Hanover pretzels that really hit the snacky spot. The pretzels had a certain ‘New Jersey Turnpike secret flavor factory’ taste that I hadn’t experienced in months. Living abroad does strange things to me, I wouldn’t normally eat this stuff in America.

When we finally arrived in Mũi Né, I went for a late night run and we passed out soon after. 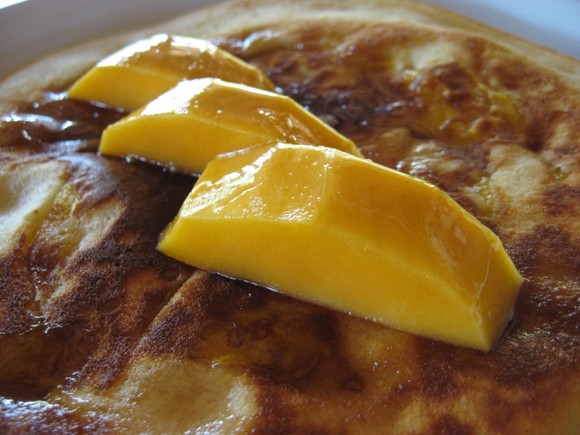 The next morning, I woke up bright and early and took advantage of our hotel’s (Sunshine Beach) complimentary breakfast. I ordered a mango pancake. I don’t know what it is about pancakes, but EVERY hotel in the whole country serves them. I’ve had decent pancakes in Phu Quoc and Nha Trang, but these ones were the best because they were fluffy and substantial. Minus points for fake maple syrup. 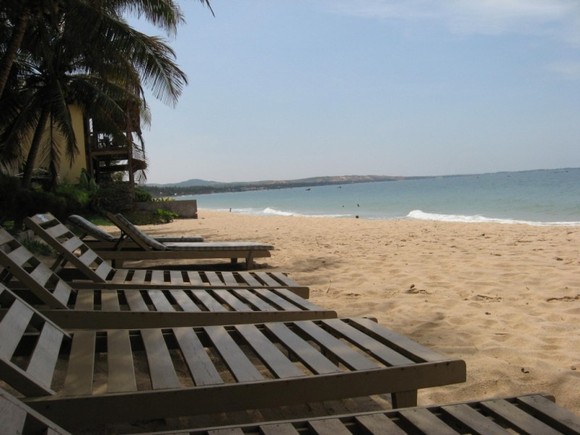 Afterwards, I read on the beach and went for a walk. Which reminds me, white people love reading by the water. 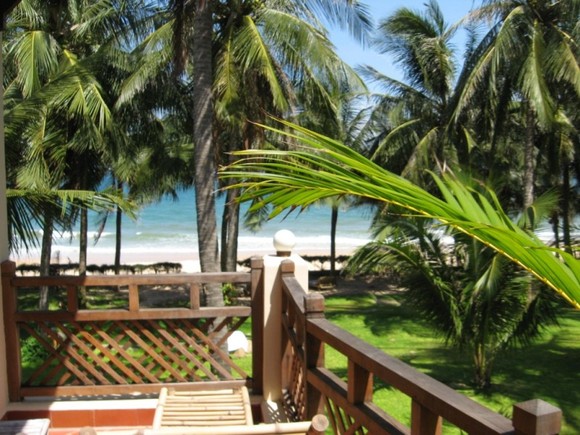 The view from our room’s balcony. Mũi Né really is gorgeous. 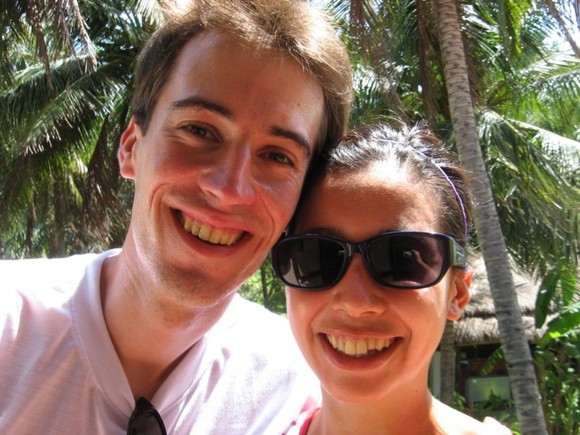 Hey, look who finally woke up! 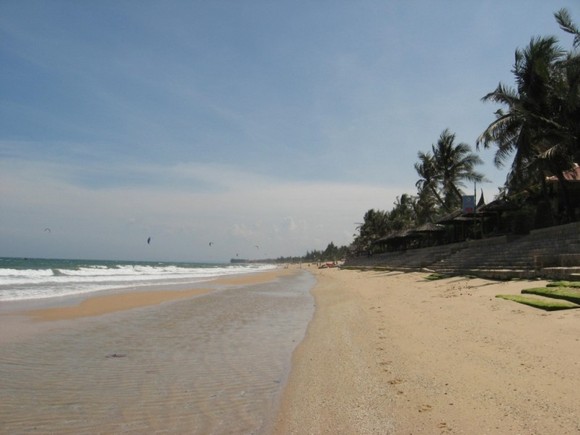 After The Astronomer pulled himself out of bed, we headed to Jibes Beach Club a few meters down the beach to register for the triathlon, collect his race number, claim his bike, etc. I cheered on the sidelines while this was all happening. 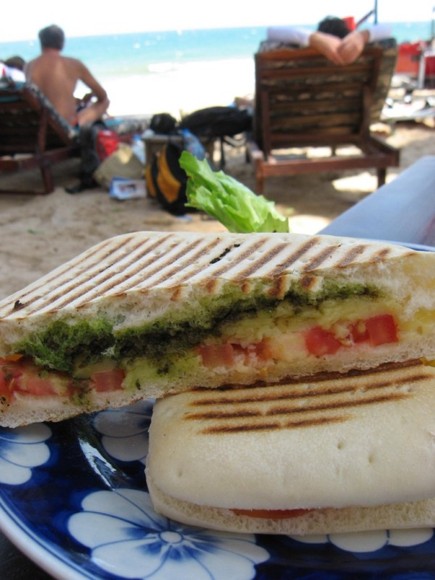 All that cheering made me hungry so I had a panini with pesto, tomatoes and mozzarella at Jibes. Looks tasty, right? It was. The rest of the day was spent napping, reading and taking advantage of the hotel’s wireless Internet. Ah, this is what vacationing is all about! I eventually made myself go for a run and then we headed to Jibes again for dinner. Sometimes choice is overrated. 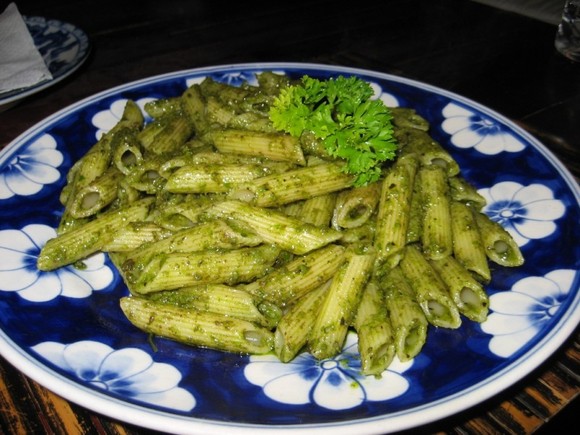 In preparation for his triathlon debut, The Astronomer carbo-loaded with a hefty plate of penne with pesto sauce. 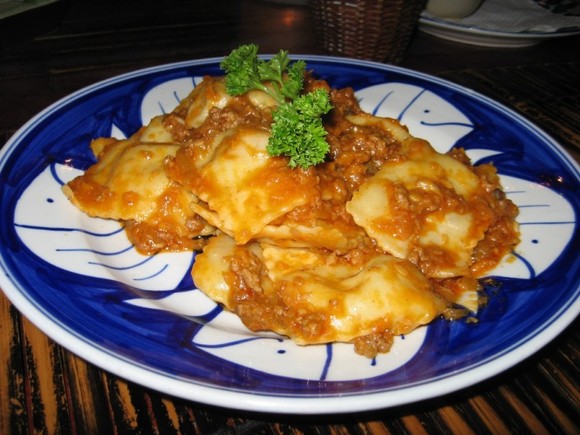 In a pasta mood as well, I had the home made beef ravioli in a Bolognese sauce. Both pastas were very good, but they took forever to come out. The waitress tried to tell us that our food was taking a long time because of the penne. Riiiiight…

After dinner we watched The Pelican Brief on DVD because we had both recently read the book. Note to self: do not watch a movie adaptation soon after reading the book—you will be disappointed. Then we hit the hay. 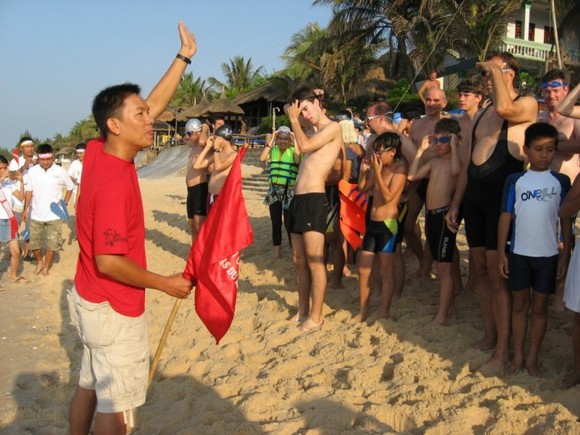 Race day! Can you spot The Astronomer? 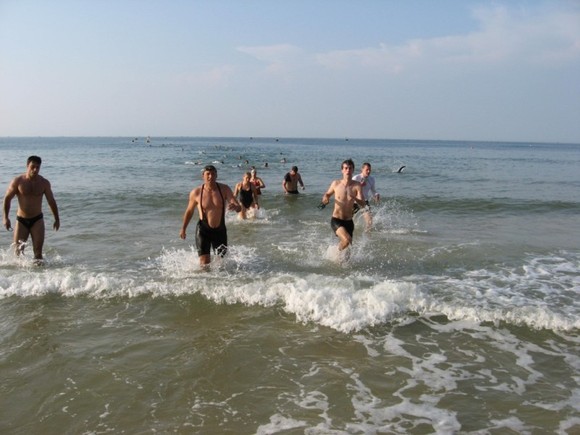 After the open water swim, The Astronomer was in the middle of the pack. Maybe he would’ve been in the front had he worn Speedos or a wrestling uniform. 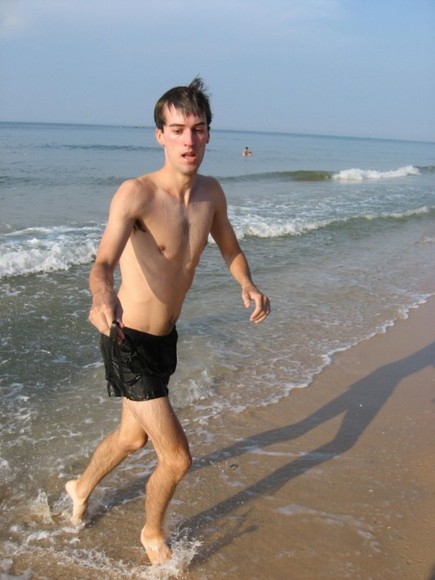 While The Astronomer was biking on the sand dunes and running on the beach, I got in my own workout (so no pictures of those segments). After showering up at the hotel, I headed toward the finish line. 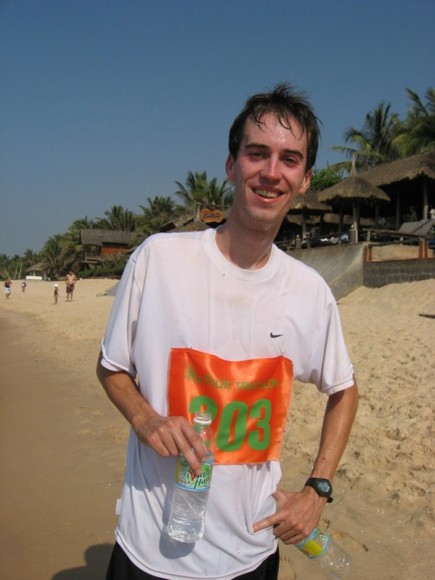 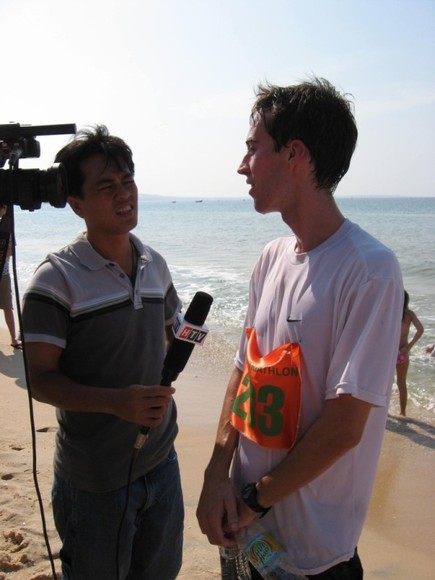 After his victory, The Astronomer was hounded by the media for interviews. He granted one to HTV, a Vietnamese station. 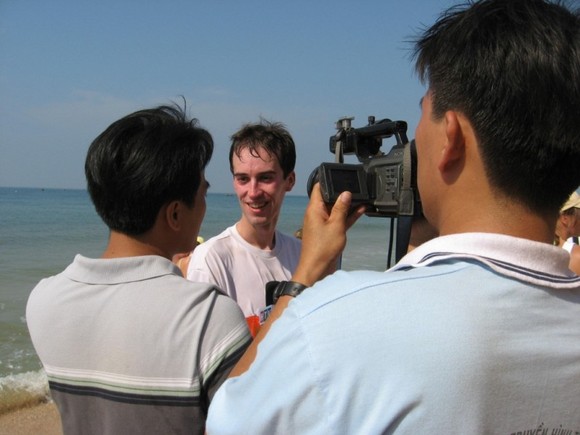 The BEST question was: “Did you know that you would be champion?” 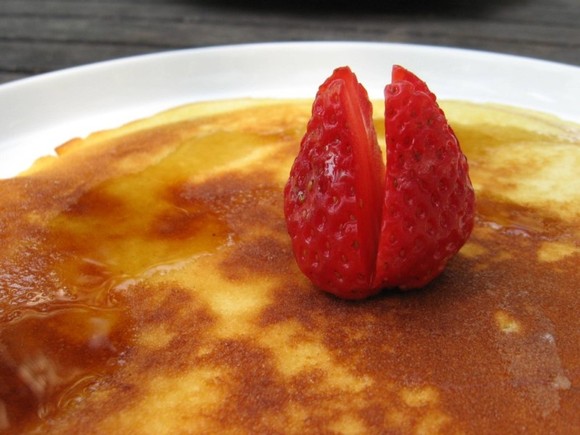 After the media hoopla, we headed to our hotel for breakfast. The Astronomer had the mango pancake, while I had a strawberry one. Once again, a great pancake with lots of fruit in the batter. 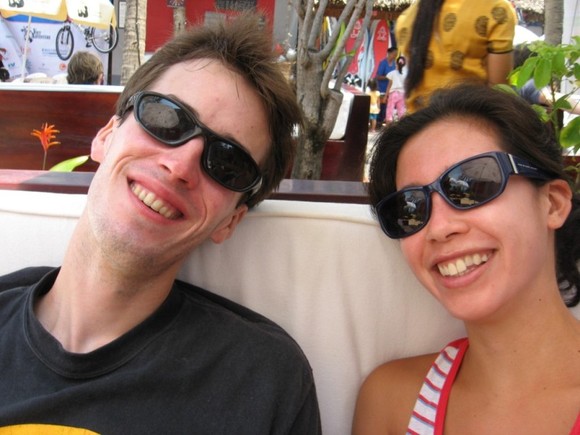 For the third time in 24-hours, we headed to Jibes for post-race festivities i.e. awards ceremony, buffet lunch, etc. 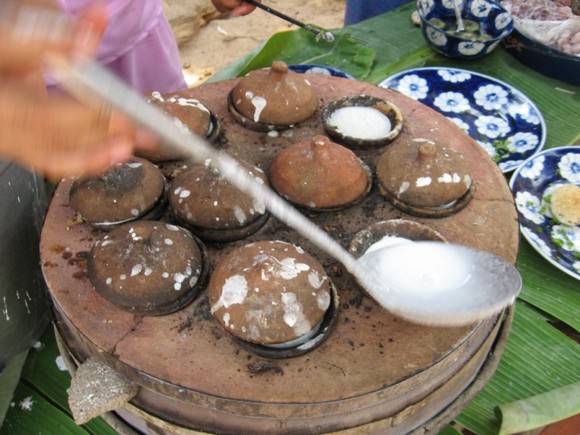 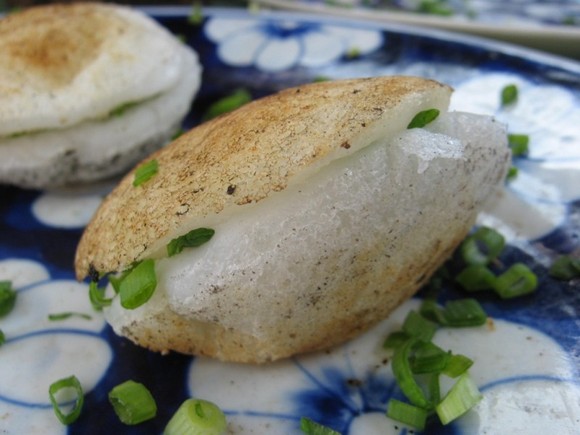 Unlike the banh khot I had prior, these were more pillowy than crispy and were stuffed with scallions rather than topped with meat.

Even though the bus ride sucks, Mũi Né is a SUPERB beach destination. I hope to return next weekend for Hawk’s birthday. Eee!