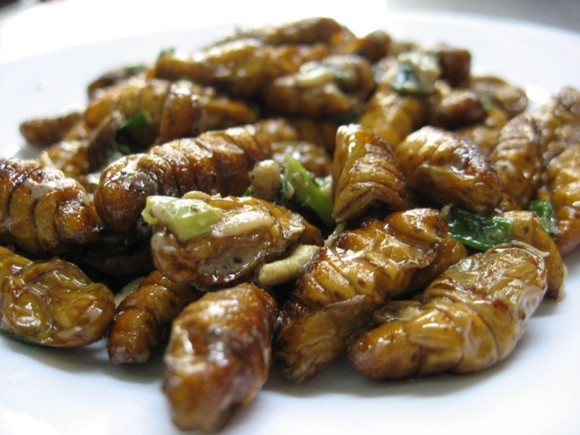 With my days in Saigon winding down, I made a list of foods I had to eat before bidding this fair city farewell. I’ve been indulging in my favorite foods throughout my stay, so the bulk of the list consisted of items I’ve been hesitant to try. 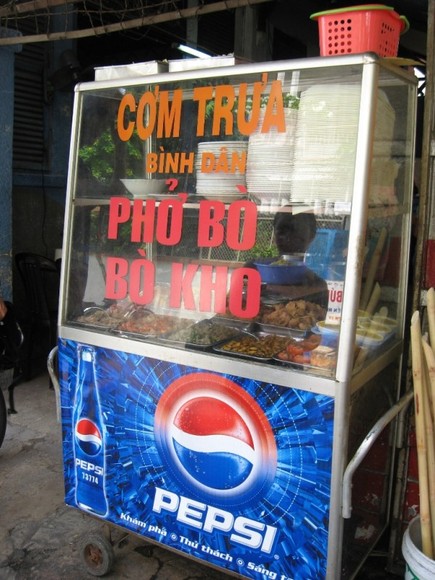 Americans are pretty open minded about food, but have yet to embrace bugs like the folks in Southeast Asia. Kids in these here parts (especially in Thailand) are rewarded with bugs in the same way Western kids are given candy for a job well done. The thought of returning back to America and not having the option of eating bugs struck me as kind of sad, so I bit the bullet and sought out some silk worms (nhong).

The deed was done at a com binh dan joint on Mai Thi Luu Street in District 1. We arrived at 10 AM because I came by on a different day at 1 PM and they were fresh out of nhong. I ordered a small plate along with a plate of rice. 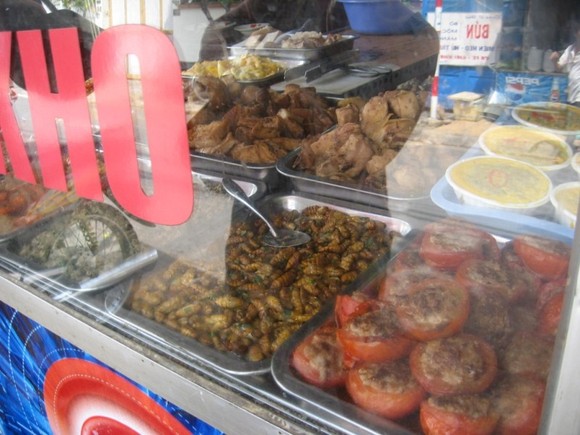 According to the chef, the silkworm carcasses are stir-friend in cooking oil along with fish sauce and scallions to bring out their natural goodness. She also informed me that this is a northern delicacy and that the Saigonese usually don’t find it palatable.

Stir-fried silkworm carcasses taste a lot like dried shirmps (tom kho), but with an extra spurt of guts/moisture. The fish sauce adds a bit of saltiness that enhances the overall flavor, but to truly make them appetizing, it would take a village.

Silkworms—they’re okay, but miles from delicious.