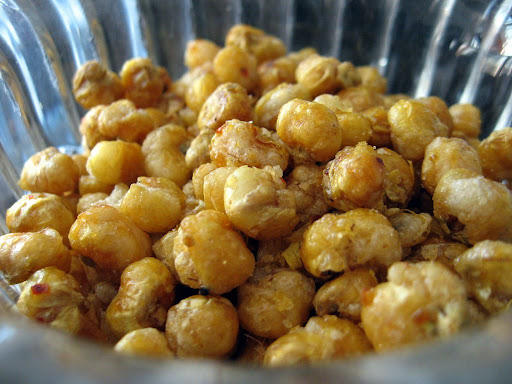 A couple months back, I posted an entry about a savory snack called nui chien that the queen of salty bites, Miss Adventure, introduced me to. Reader and Saigon resident Dave suggested in the comments section of that post that I seek out a similar snack called bap chien or “fried corn” that he and his gal pal were big fans of.

While stocking up on nui chien at the local Maximark on Hai Ba Trung, I remembered Dave’s recommendation and picked up a bag of bap chien. As soon as I arrived back at the apartment, I busted out the bap chien for a highly anticipated taste test. As Dave promised, the bap chien were addictively crunchy. The bap chien initially register as salty, but end on an unexpected sweet note.

Salty. Sweet. Salty. Sweet. Kind of like kettle corn. I liked them so much that I nearly ate the whole bag in one sitting. I managed to rationalize it to myself by saying that I went two whole years without consuming a single corn nut while wearing braces in middle school. Clearly, I was just making up for lost time.