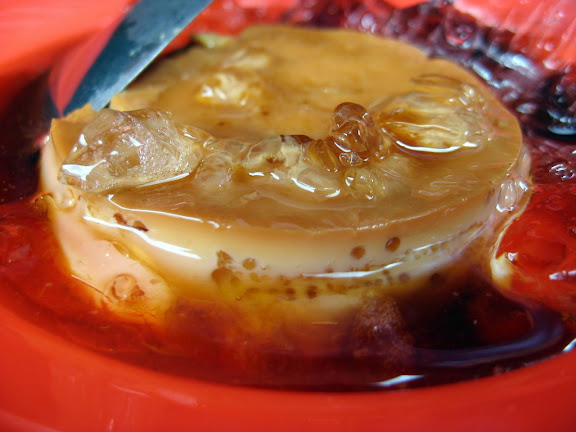 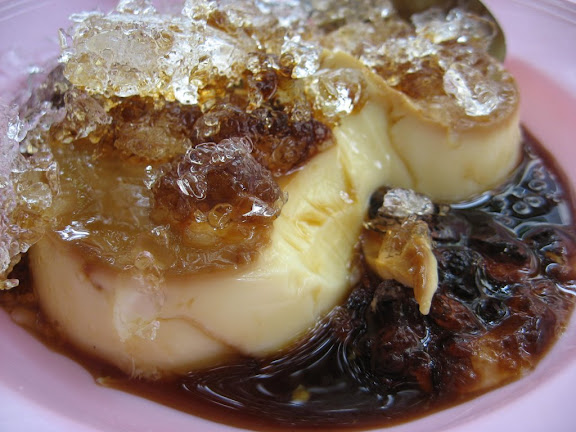 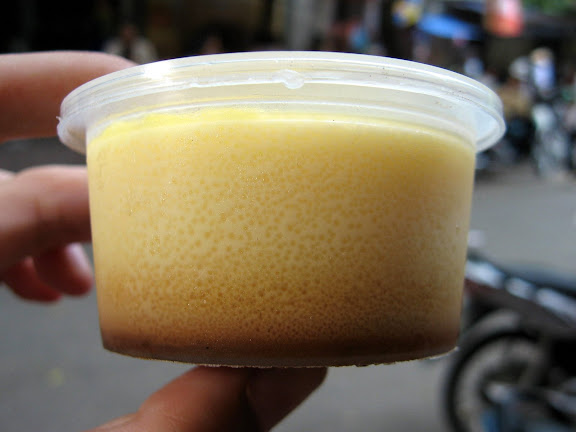 Flan, also known as crème caramel and caramel custard, is a egg and milk-based dessert with a layer of caramelized sugar on top. What’s particularly notable about flan is its global reach. This dessert is embraced by the French, Spanish, Mexicans, Vietnamese, Filipinos, Japanese, Argentinians and Uruguayans, to name a few.

The dish has spread across Europe and the world. Both ‘crème caramel’ and ‘flan’ are French names, but have come to have different meanings in different regions. In Spanish-speaking countries and in North America, ‘flan’ refers to crème caramel; this was originally a Spanish usage, but the dish is now best-known in the United States in a Latin American context. Elsewhere, including in France, ‘flan’ usually means a custard tart, often with a fruit topping. In Europe and many Commonwealth countries, the dish is generally known as crème caramel.

In Saigon, banh kem flan are sold in sweet shops that usually also dish up che. The flan are made in small plastic containers and refrigerated until served. Once an order is placed, the flan are inverted onto a plate and topped with crushed ice or small ice cubes. A plate of two banh kem flan goes for 4,000 VND. Once, I ate a banh kem flan that was topped with a shot of espresso in addition to ice. It was too bitter for me, but I can definitely see the appeal for a coffee lover. Banh kem flan can also be purchased from road side vendors and consumed at home. Inverting is completely optional.