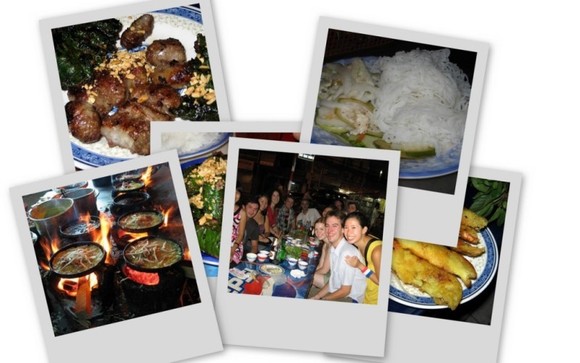 Just two more posts about Saigon and then we’re off to Hanoi, Sapa and then finally, America. I can’t believe how much I ate—it’s October for Pete’s sake! Anyhow, leaving Saigon was a great excuse for The Astronomer and me to gather all of our favorite peeps for a banh xeo and bo la lot feast. We initially planned to gorge at our favorite sizzling crepes joint in Phu Nhuan District but discovered that it was no longer in business when we motorbiked by to confirm the address. Down, but not out, we decided to move the party to an equally fabulous banh xeo shack in District 10. 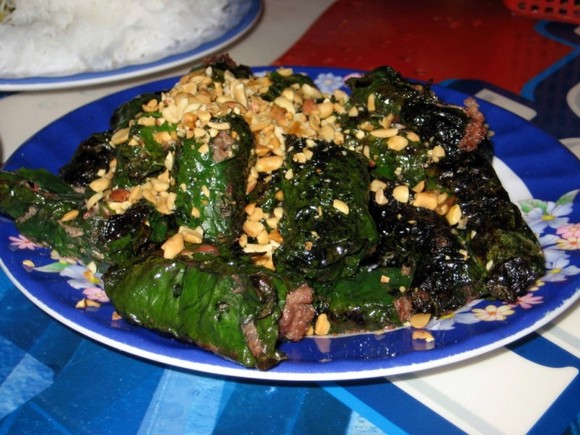 Our party of 12 was seated al fresco with a perfect view of the hot griddles and hard working cooks. The hum of motorbikes and taxis cruising down CMT8 provided the soundtrack to our bumpin’ evening. We started the feast off with a couple plates of bo la lot (grilled seasoned beef wrapped in betel leaves). As expected, they were a hit. Some diners (namely those who hail from Central Vietnam) wrapped the bo la lot in rice paper with vermicelli noodles and star fruit and dipped them in nuoc mam or mam nem, while others (namely lazy folks) just ate them straight up. I was with the latter group. 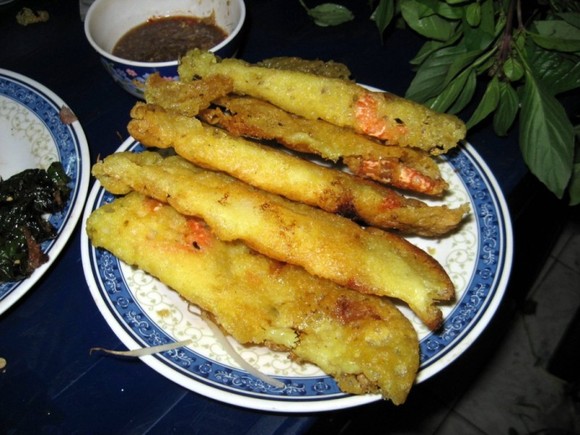 Although my Saigon grandmother would argue otherwise, I think the best style of banh xeo are those from the central region. They’re petite little numbers filled with mung beans, whole shrimp and pork that are crisp all over.

There weren’t many photos taken this evening because my hands were covered in greasy goodness from the awesome banh xeo. The chefs traditionally rest the crepes on a rack prior to serving them to allow the oil to escape, but due to the insatiable appetite of our huge party, the crepes were served hot off the griddle and thus, super-duper oily. No matter, they were still excellent. 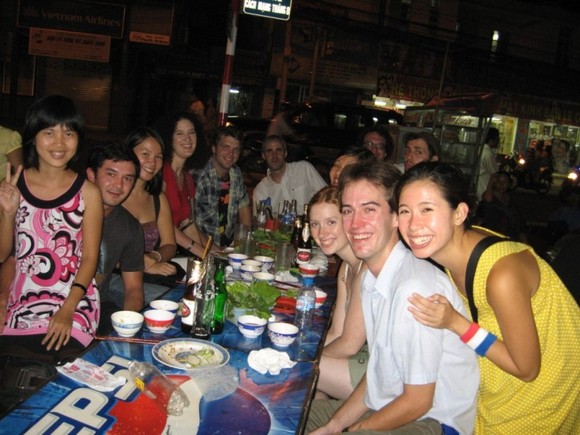 After we had our fill of banh xeo and bo la lot, we paid our ridiculously cheap bill, snapped this pic (can someone please explain to me why Asian females flash the peace sign when photographed?), and jammed over to Turtle Pond for Saigon’s greatest dessert—kem trai dua (coconut ice cream served inside a young coconut). Afterwards, we went bowling and then headed to Vasco’s for a nightcap. Vasco’s was then followed by Wiener Time at Apocalypse Now. At around 2 AM, we finally crashed and went home. I may not go out too often, but when I do, there’s no question I go big.