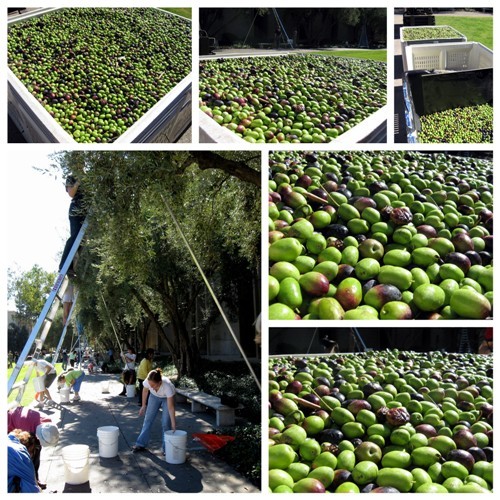 Caltech doesn’t just produce brilliant minds, it also produces some damn fine olive oil. What started as a culinary experiment by a couple of undergrads in 2006, has grown into a highly-anticipated community event. The Astronomer and I attended the second annual Caltech Olive Harvest Festival to check out the action and to lend a helping hand. 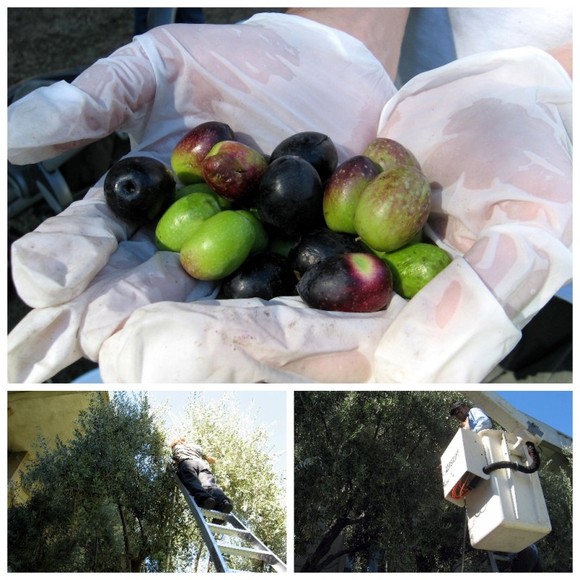 With 130+ olive trees around campus, it takes a village to harvest them all. By the time we arrived at the Court of Man, the site of the majority of the trees, the harvest was already in full swing. Since we didn’t participate in Ladder Safety Training, we gathered olives from the ground while those who were properly trained shook the tree branches. Scooping up rolling olives in the hot sun is more fun than a box of rocks! Really! After filling up our first bucket, The Astronomer and I were rewarded with souvenir t-shirts. The world needs more incentives like this. 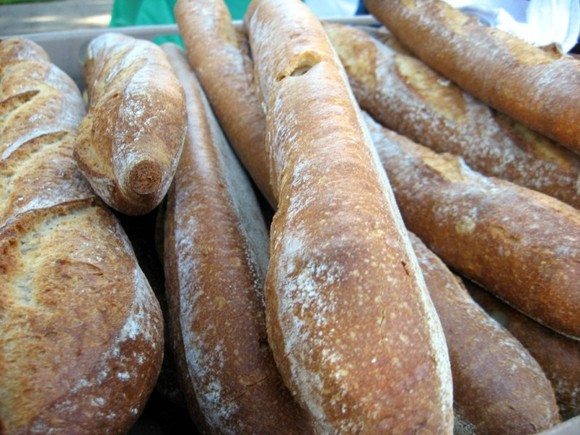 After picking olives for an hour or so, we were rewarded once again with a delicious lunch of fresh bread, infused olive oils, escargots and marinated olives. The beautiful baguettes were donated by Los Angeles’ very own La Brea Bakery. 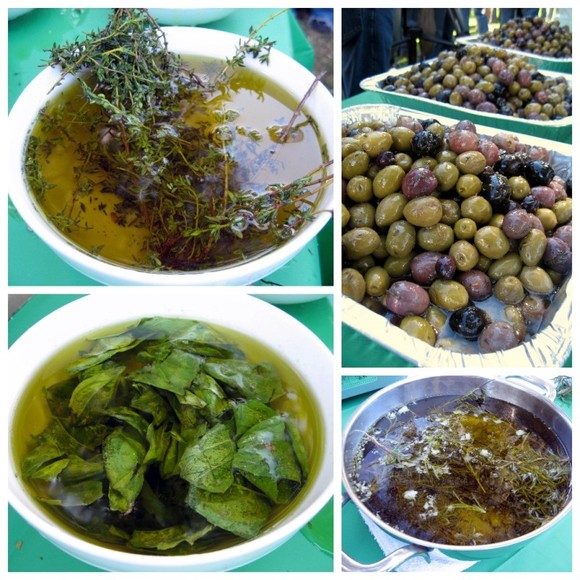 Before digging in, there was a brief, but informative culinary demonstration about how to infuse olive oils with fresh herbs and peppers. The chef made a number of infusions using basil, rosemary, jalapeno, ghost chili and thyme. Unlike the infused olive oils sold at Williams-Sonoma, which still taste primarily oily, these were incredibly bright and flavorful. Making oil taste this good is dangerous! 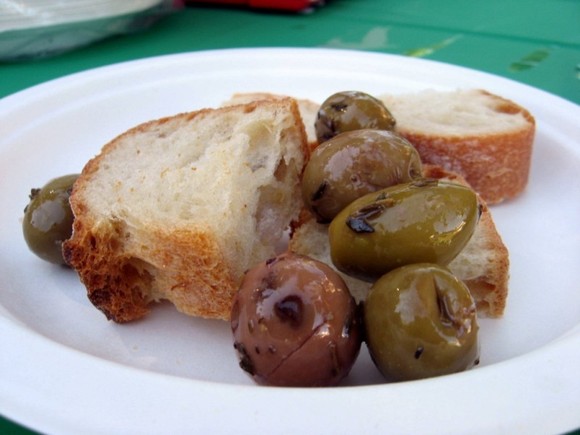 A plate of marinated olives with bread—simple and good. 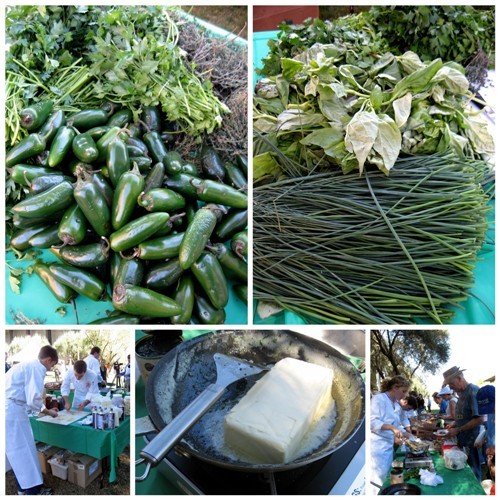 The Caltech Meat Club sponsored the escargot tasting, which entailed melting down several blocks of butter and mincing pounds and pounds of fresh garlic. 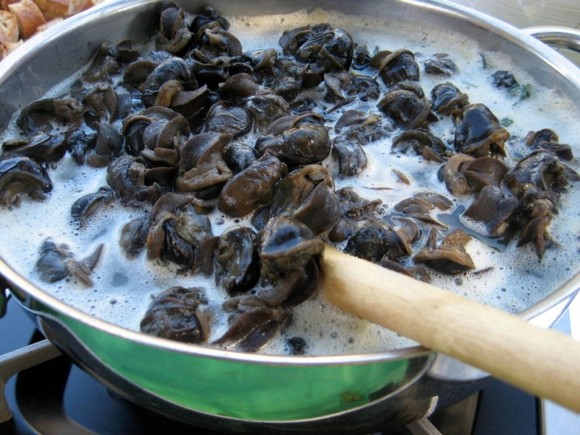 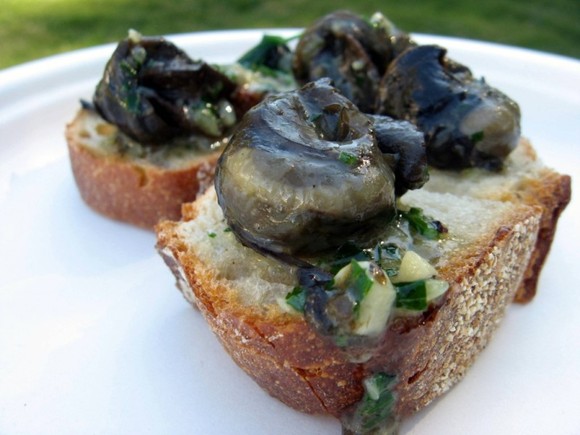 The highlight of the lunch spread were the escargots sauteed in garlic, butter and parsley, perched atop bread rounds. The Meat Club rules. I wish I could go back in time and start the Swarthmore Meat Club. 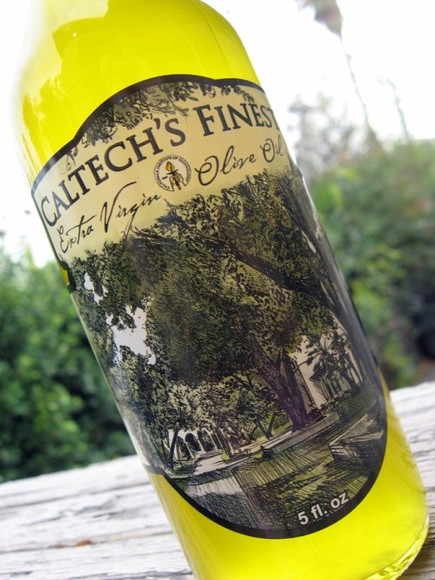 After the harvest, the 2,200 pounds of olives were sent to the Regalo Extra Virgin Oil company to be pressed into oil. Five ounce bottles of “Caltech’s Finest” are on sale at the bookstore for $17. Who knew Caltech was a foodie paradise?