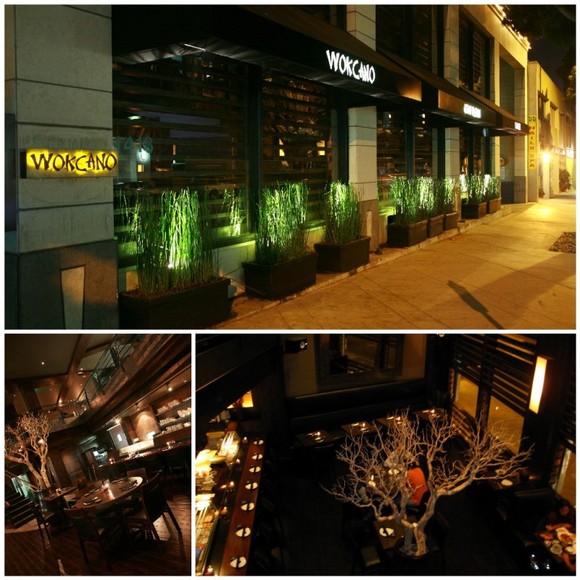 Before the holidays kicked into high gear, I received an invitation to a press dinner at Wokcano Restaurant & Bar, one of the fastest growing Asian fusion restaurants in Southern California. There is a Wokcano in our backyard of Pasadena, and also locations in West Hollywood, downtown Los Angeles, Burbank and Long Beach. The tasting was held on a Tuesday evening at the branch in Santa Monica.

Brothers Michael and Marcus Kwan are the masterminds behind this trendy chain of Asian-inspired eateries. Born in China, the Kwan brothers arrived in Los Angeles in 1989. They began their culinary careers bussing tables in Chinatown, but eventually climbed the ranks and opened their own restaurant in 1995—The Islands on 3rd Street. After six years, the brothers closed The Islands in order to reinvent the cuisine and to rethink the space. The first Wokcano opened for business in 2001 (in the same location as The Islands) offering modernized Chinese cuisine and inventive sushi. 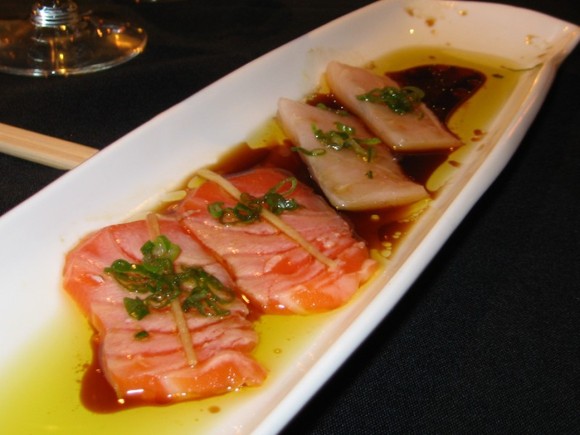 Wokano in Santa Monica is big, really big. There are dining rooms on both the ground and second floors, a sushi bar, and an expansive outdoor lounge and patio. The dinner was held in a private dining room on the second floor. The evening started off with stiff martinis (the lychee one is killer) and casual banter with fellow attendees. Once the crowd had assembled, the real fun began.

The first course, salmon and hamachi with citrus ponzu, was the perfect starter. The fishes were fresh and adorned ever so lightly with scallions and ginger. The zesty ponzu melded well with the fish and its accoutrements. It’s important to note that since this was a press event, the portions were smaller than normal. This dish is priced $12 on the regular menu. 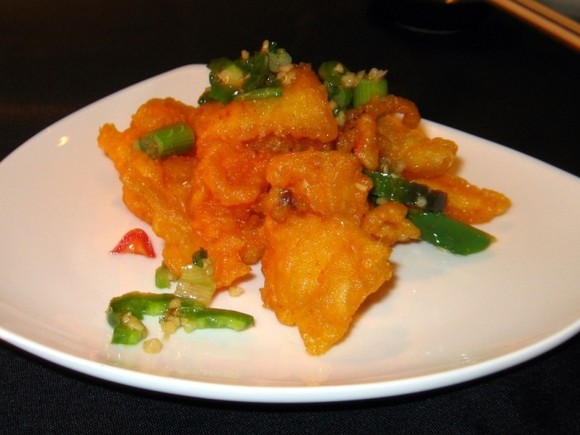 Next, we sampled the crispy pepper calamari, which was lightly battered and had a pleasantly spicy kick from fresh jalapenos and chilies. The calamari was accompanied by a creamy peppery sauce, which enhanced its flavor profile. This dish is priced $9 on the regular menu. 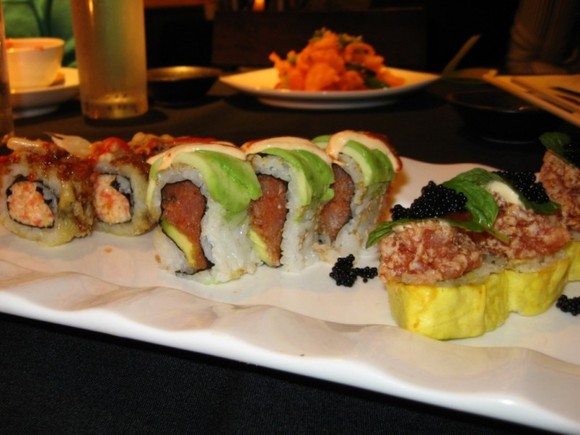 My favorite course of the evening was the trio of sushi rolls. The Spicy Crabmeat Tempura roll (left) was topped with chili sauce and smelt eggs. The Green Dragon Roll (center) was comprised of a spicy tuna roll topped with avocado, Tabasco sauce and spicy mayonnaise. The Golden Triangle (right) consisted of a triangular-shaped asparagus and avocado roll wrapped in soy paper with seared spicy tuna, mint and topped with black masago. 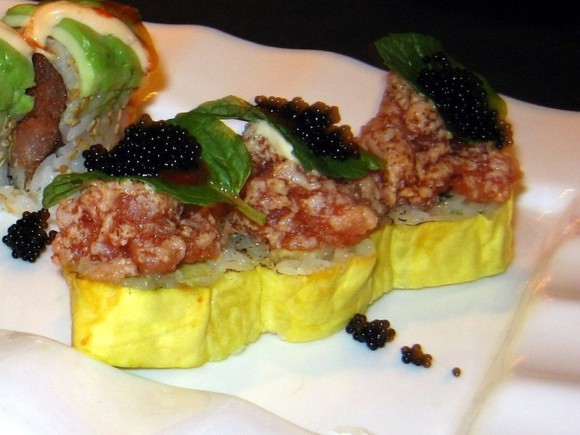 Each of the rolls was tasty and satisfied my sushi tooth, but The Golden Triangle was my absolute favorite for its unique combination of ingredients and smart incorporation of fresh herbs. On the menu, sushi rolls are priced between $4.50 and $15. 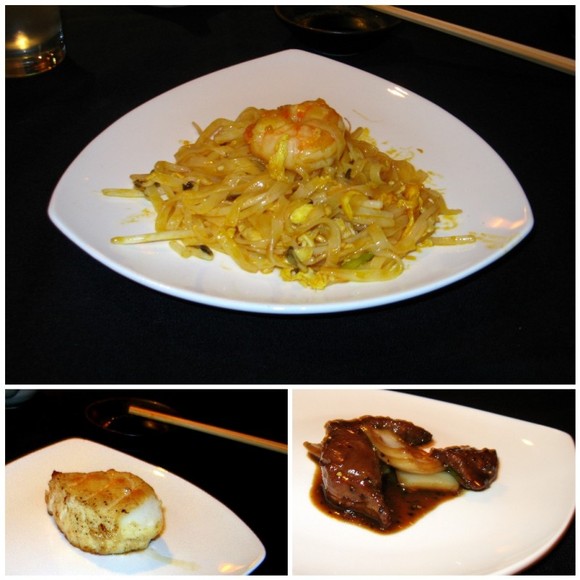 I was pleasantly full at this point in the meal, which was a bad sign considering the main courses had yet to make their appearance. The flurry of dishes that appeared next included grilled seabass, black pepper beef mignon, pad Thai, honey walnut shrimp and braised string beans. The seabass and beef were both solid, but the pad Thai wasn’t executed nearly as well. The noodles were gluey and the sauce lacked the tangy touch of tamarind that is essential to the dish. 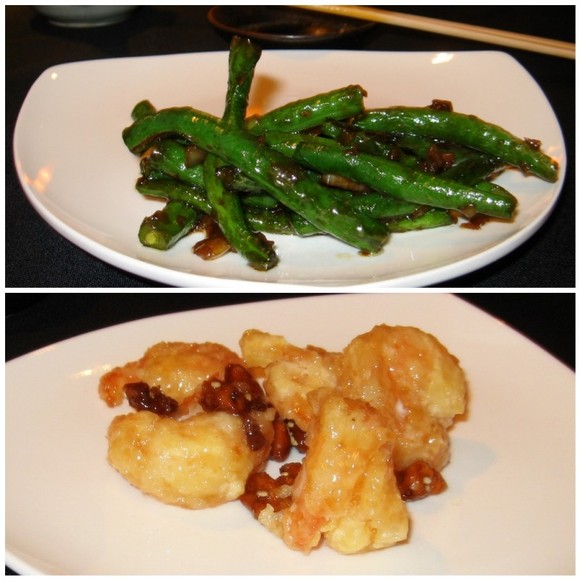 The highlights of the entrees were the braised string beans and the honey walnut shrimp. The string beans brought just the right amount of savoriness, while the shimp were delicately crusted with a glossy sweetness. On the menu, entrees are priced between $9 and $25.

What’s great about tasting dinners is the opportunity to try a restaurant’s broad range of offerings in one comfortable sitting. While these types of meals hardly reflect a normal dining experience, they do provide me with a real sense of a kitchen’s passions and strengths. I’d definitely return to Wokcano for the cooling sushi starters, the lip-smackingly good honey walnut shrimp, and the minimalist, yet chic ambiance.