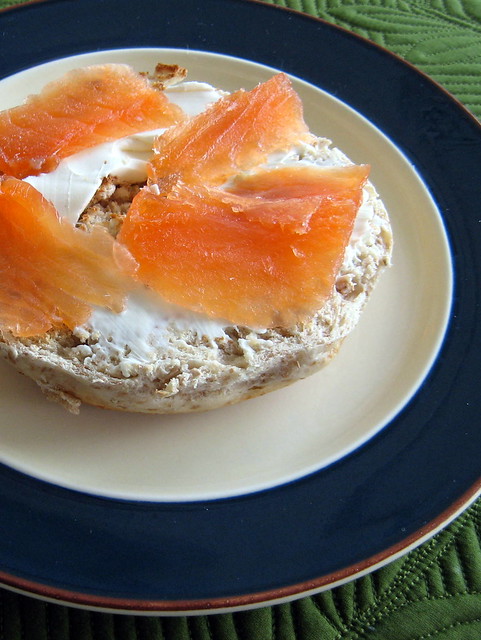 Last July, Girlie of Boots in the Oven posted about the simplicity of home-curing salmon. I mentally bookmarked the recipe for a later date because there was no salmon to speak of in Saigon. This past weekend, the fishmonger cut a fillet too large for a dish that The Astronomer was preparing, so I decided to “smoke” the leftover section. This simple method of preserving salmon is Scandinavian in origin and is called gravlax. Gravlax is similar to lox (cured salmon that has been cold smoked) and is sometimes referred to as Gravad lox. I began with a skinless and boneless salmon fillet about five inches long, two inches wide and a half inch thick. Boots’ recipe calls for one part salt and one part sugar. Since I was only curing an itty bitty fillet, I went with one tablespoon of sugar and one tablespoon of salt. I poured the sugar and salt directly into a Ziploc bag and tossed in the fillet to coat (top photo).

After sealing up the bag, I stuck it in the refrigerator under the weight of five blocks of cream cheese (Boots used a baking sheet weighted down by miscellaneous foods for her much larger fillet). I jostled the bag every twelve hours or so to redistribute the juices. The bottom photo is what the salmon looked like after thirty-six hours of chilling in the fridge. 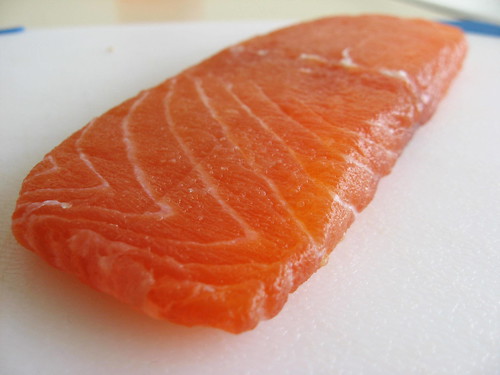 The salmon is ready for consumption after a full day in the fridge. The longer the salmon chills in the bag, the saltier it gets. After thirty-six hours, I removed the fillet from the bag, rinsed it under cold water and patted it dry. 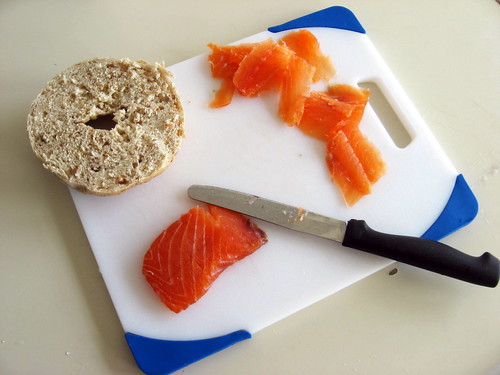 Using a sharp knife, I cut the salmon into thin slices. The verdict? Really tasty. The gravlax tasted just like traditional smoked salmon. I seriously can’t believe how easy it is to make! 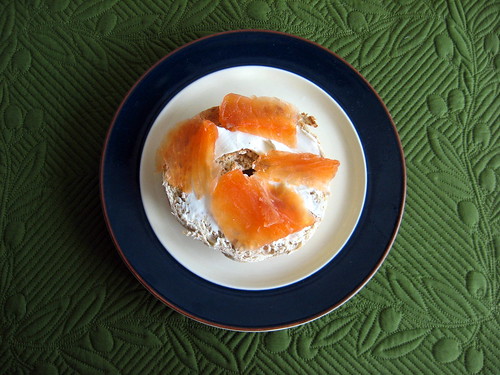 Gravlax tastes most excellent atop a toasted and schmeared bagel. For more ideas on how to prepare gravlax, check out Boots in the Oven and Cooking for Engineers.