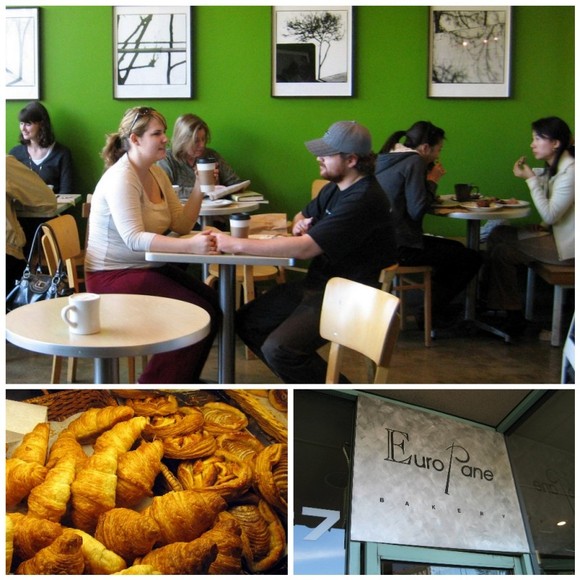 After learning the bread making ropes under the tutelage of Nancy Silverton at La Brea Bakery, Sumi Chang opened Euro Pane Bakery in Pasadena. Even though Euro Pane has been around for over a decade, an empty table is still hard to come by once the weekend rolls around. Locals seem to really enjoy lounging here over a cup of coffee and the morning paper while their dogs nip at their toes.

My friend Laurie and I snagged an al fresco table when we brunched here a couple of Sundays back. Laurie’s been a fan of Euro Pane ever since she moved into town, and was excited to introduce me to one of her favorite local spots. 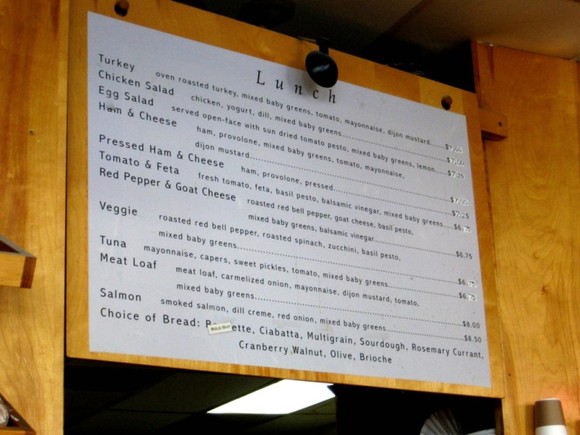 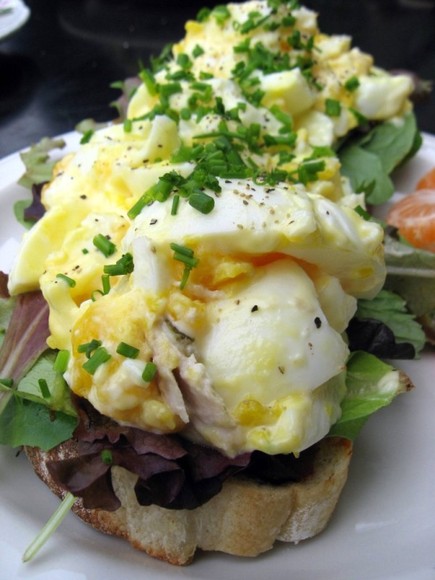 Based on Laurie’s glowing recommendation, I ordered the opened-face egg salad sandwich on rosemary currant bread ($7). Each slice of bread was schmeared with a terrifically tart sun dried tomato pesto and topped with mixed baby greens and a mound of gooey egg salad. The sandwich was sprinkled with crushed black pepper and freshly chopped chives. What made the egg salad spectacular were the soft-boiled yolks—this slight variation made a tremendous difference in the salad’s overall taste and texture. The egg salad was pleasantly creamy and combined just right so that the eggs and dressing retained their distinct characteristics.

This one get’s my vote for the best non-banh mi sandwich. 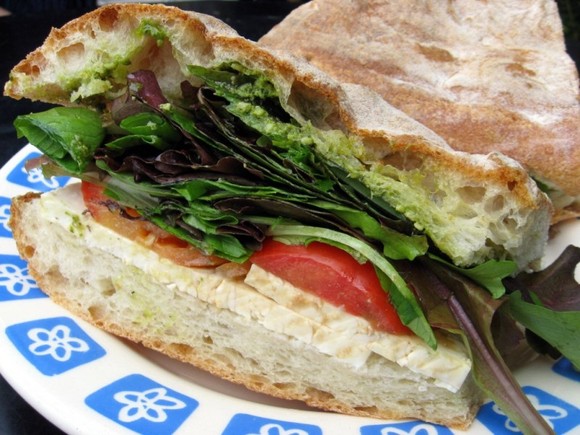 Laurie ordered a tomato and feta sandwich with basil pesto, balsamic vinegar and mixed baby greens on ciabatta ($6.75). Each and every one of the sandwich’s components was as fresh as can be—the bread was crusty and sturdy, while the feta was assertively flavorful. The pesto melded beautifully with the vegetables and cheese. 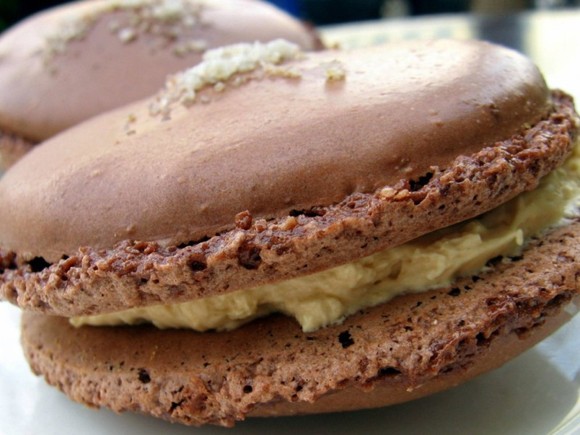 We finished with caramel and sea salt macarons, which were delightful. Laurie thought that the macarons were slightly off on our visit, but there were no complaints from this camp—just lots of pleasant chews. However, we both agreed that it would’ve been nice if the sea salt crystals were spread evenly throughout the macaron rather than concentrated in the center. 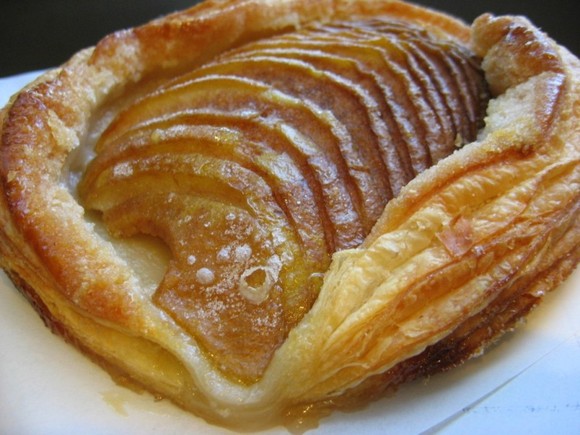 After such a great experience at Euro Pane with Laurie, The Astronomer and I stopped in for a quick snack the following weekend. We shared a pear puff pastry ($3.75) that was too cold for The Astronomer’s tastes and too mild for my bold-flavor-craving self. A rare miss in a sea of hits.