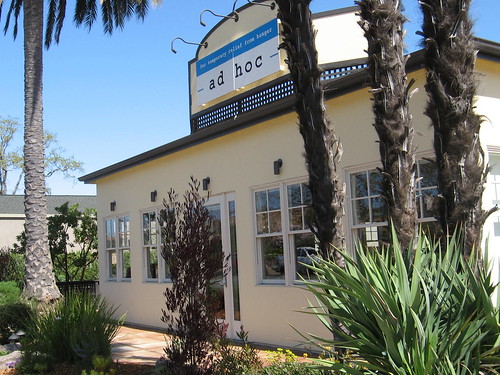 During the conversation where my brother insisted that I give the foie gras at The French Laundry a taste, he also encouraged me to make a reservation at Thomas Keller’s lesser-known gem, Ad Hoc. Although I was reluctant to pencil in a Sunday brunch at Ad Hoc following our French Laundry feast, the opportunity to eat like the Kings of Yountville couldn’t be passed up. 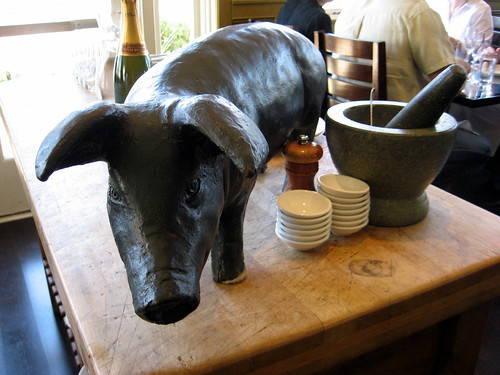 In addition to a three-course Sunday brunch ($39), Ad Hoc also serves a four-course dinner ($49) five evenings a week. The restaurant offers a single, fixed menu each service that is served family-style. Chef de Cuisine Dave Cruz changes the menu daily based on the season and the bounty collected from The French Laundry’s garden down the road.

As The Astronomer and I settled into our table, we were handed espionage-esque file folders listing the morning’s offerings. Our waitress informed us that the menu’s simplistic language didn’t come close to doing the food justice. We were definitely in for a treat. 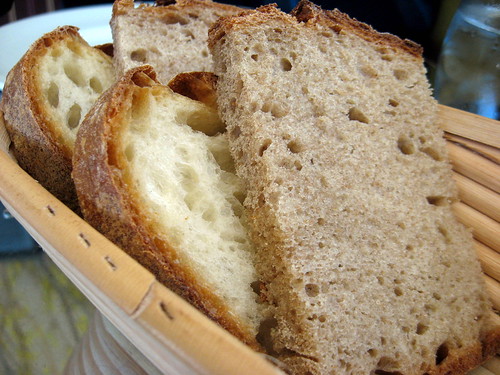 In contrast to The French Laundry’s dark and elegant dining room, Ad Hoc’s space was infinitely brighter and more modern. All of the tables were topped with mirrors, which made for some interesting photos. The Astronomer and I felt relaxed and comfortable as we dug into the ample bread basket. 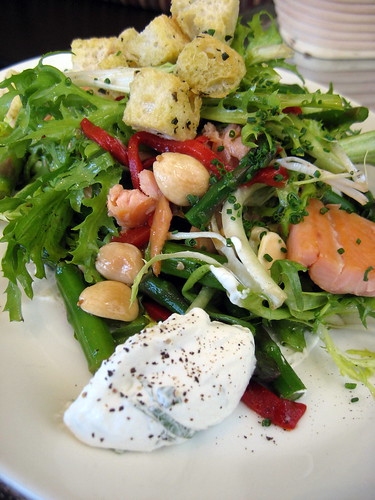 Brunch began on an amazing note with a smoked trout and frisée salad. The bed of grown-down-the-street greens was adorned with piquillo peppers, California asparagus, toasted Marcona almonds, herb croutons, and mint crème fraîche. Each of the individual components, from the fish to the nuts, tasted fantastic alone. Taken in together, the stellar ingredients elevated the seemingly humble salad to a whole different plane. I’d eat greens on the hour, every hour if salads were always this delightful. 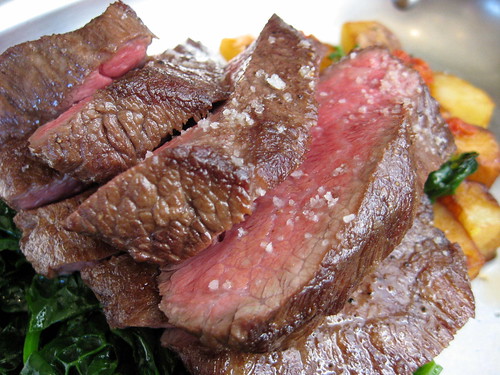 Our second course was simply titled Steak ~n~ Eggs. The marinated beef blade steak was generously portioned and served sliced and sprinkled with coarse salt. Cooked and seasoned just right, the steak was ridiculously delicious and just plain perfect. I make a conscious effort not to throw around the word ‘perfect’ when describing good food, but sometimes, especially during brunch at Ad Hoc, it just can’t be avoided. The Astronomer and I were oohing and ahhing with every awesome bite.

The steak was served upon a heap of wilted Bloomsdale spinach, which had a pleasantly crinkly texture and sweet, buttery flavor. 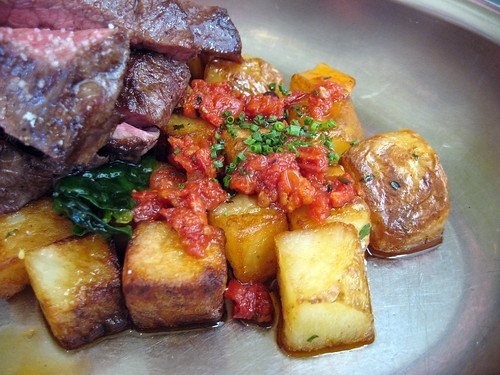 Alongside the spinach and steak were potatoes dressed in an oven dried tomato vinaigrette. Although the spuds resembled ordinary home fries, they were anything but. Prepared using a decadent double frying method—one round in vegetable oil and another in rich duck fat—the potatoes possessed a delectable texture and deep golden hue. 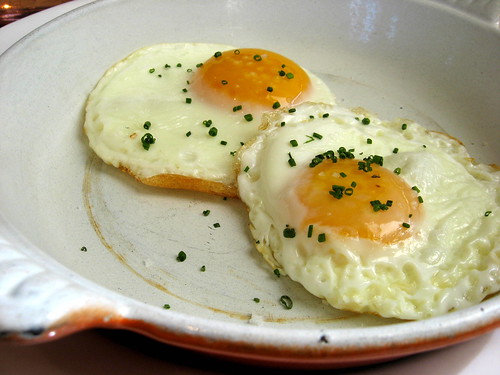 Two sunny side up eggs from Alexandre’s farm arrived on a separate platter. The whites were fried to a slight crisp, while the yolks remained runny. 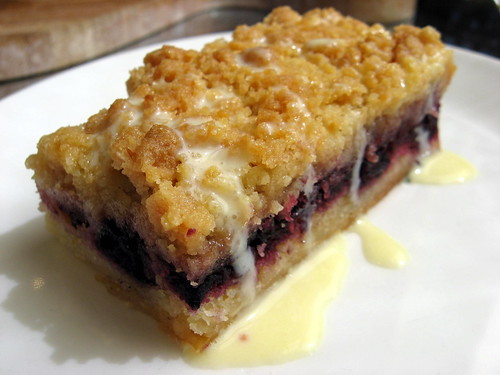 Dessert came in the form of two berry crumble bars topped with an almond struessel. A ramekin filled with crème anglaise was served on the side for liberal drizzling. The cherry- and blueberry-filled bars struck The Astronomer and me as fairly ordinary, especially since I recently baked a very similar treat. Nevertheless, the bars were a sweet (and buttery) note to end our Ad Hoc brunch on.

My brother gives me the best dining advice.