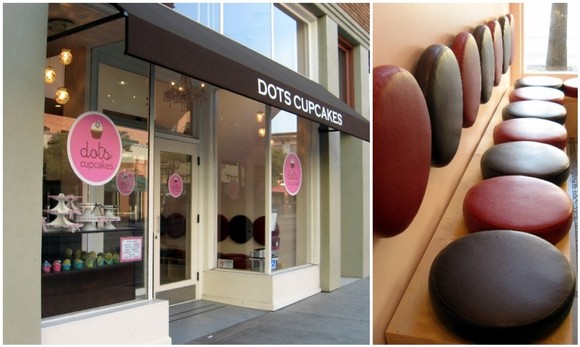 Even though Dots Cupcakes is the closest cupcakery to my home, I’ve avoided trying it for months due to the prevailing negative sentiment on Yelp. In all my years of using the site, I have rarely encountered an establishment that was so overwhelmingly jeered. Everything from Dots service to the taste of their wares was ripped apart by user after user. Yelpers are a fickle bunch, so I usually take what they write with a heap of salt. However, when the consensus was clearly negative, I figured it was best to steer clear. 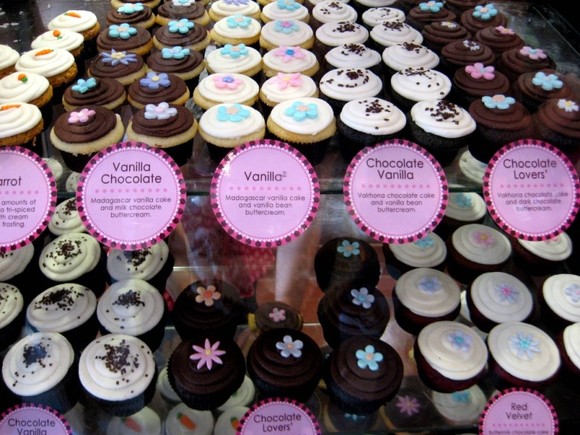 If it wasn’t for the sage advice of fellow cupcake-goers Sharon of Weezer Monkey and Pam of Rants and Craves, I probably would have never walked through Dots doors, and missed out on one of L.A.’s best cupcakes as a result.

Dots has two equally adorable locations in Pasadena—one in Old Pasadena and another on the Arroyo Parkway. The Astronomer and I visited Dots in Old Pas on a Saturday afternoon.

Cupcakeries are known for their sleek design and cutesy decor, and Dots is no exception. The small shop was so saccharinely decked-out that The Astronomer commented that he’d feel extremely self-conscious, bordering on embarrassed, visiting Dots without a girly companion. 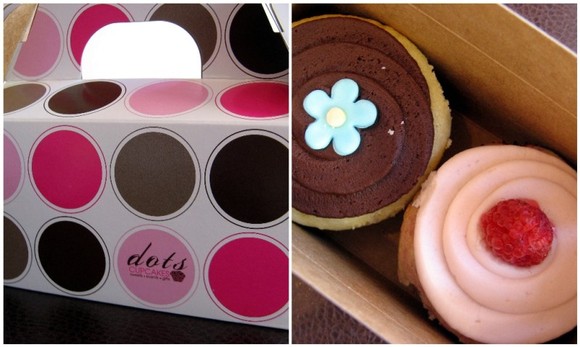 Dots offers regular-sized cupcakes for $2.75 and minis for $1.50. The Astronomer chose a regular-sized Raspberry Cheesecake cupcake, while I went with a regular-sized Vanilla Chocolate cupcake. Both cupcakes were packaged inside a charming box even though they were going to be consumed on the premise. 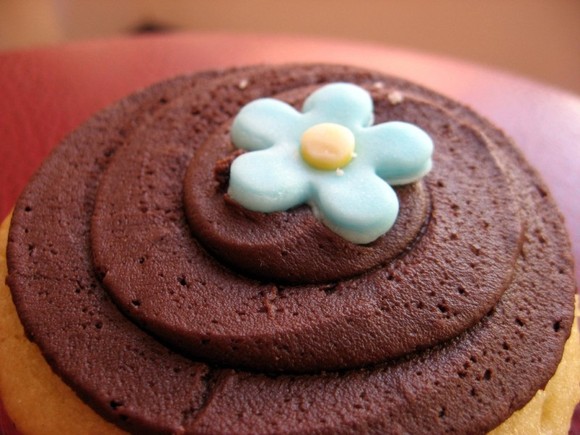 After walking some ten-feet from the front counter to the window seating area, The Astronomer and I opened up the box and dug into our sweets. Dots cupcakes are ridiculously precious, with their creamy frosting swirls and sugary decal adornments.

My Vanilla Chocolate cupcake tasted as good as it looked. The cake had a firm but delicate crumb, while the frosting was just sweet and chocolaty enough. The ratio of frosting to cake was sensible and satisfying. Sprinkles Cupcakes still tops Dots by a hair because French chocolate sprinkles are infinitely superior to fondant flowers. 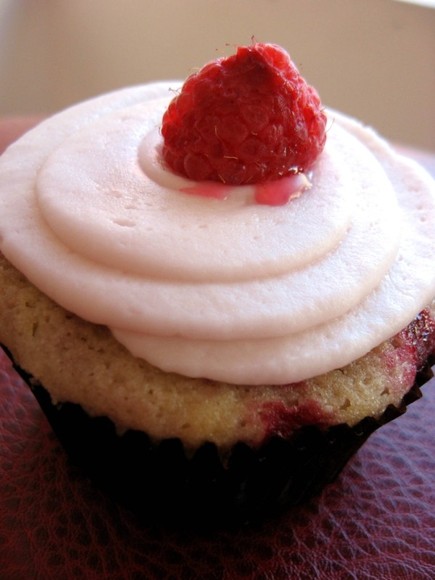 The Astronomer really liked his Raspberry Cheesecake cupcake. The texture of the vanilla raspberry cake was similar to my cupcake, while the cream cheese frosting was second to none. The Astronomer’s only complaint was the cupcake’s lack of distinct raspberry flavor. Additional fresh fruit atop the cupcake and in the batter would have easily solved this problem.

I was so stoked about the deliciousness of Dots cupcakes that I revived my idle Yelp account as soon as I got home; the gibberish reviews needed to be countered immediately.