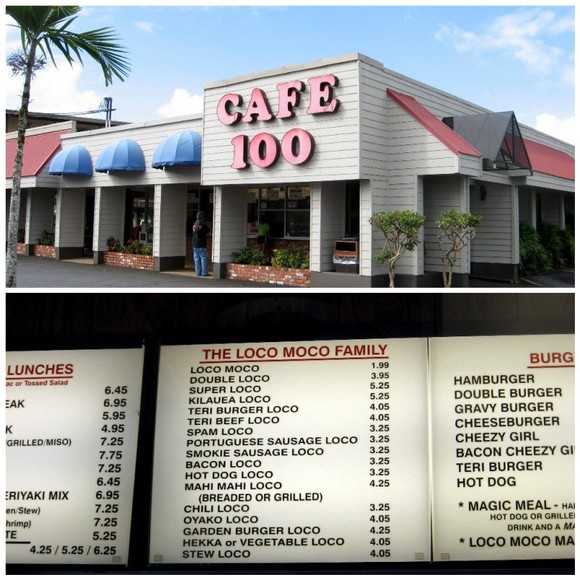 Loco moco, a thoroughly Hawaiian delicacy comprised of white rice topped with a hamburger patty, a fried egg, and brown gravy, was invented in 1949 in the city of Hilo on The Big Island. There are many people who claim to have invented the dish, but it is generally agreed that Cafe 100 or the Lincoln Grill created the first one.

I felt sick to my stomach after my first brush with loco moco back in April, so it took nearly a week on the islands for me to get up the guts to give it a second go. When I found myself in Hilo after an excursion to the Hawai’i Volcanoes National Park, I toughened up and paid Cafe 100 a visit. 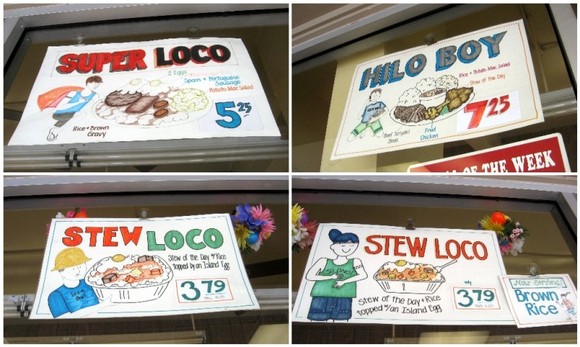 Cafe 100, which owns the trademark for the term “loco moco,” dishes up over fifteen varieties, including ones made with “smokie” sausage and mahi mahi. Adorable hand-drawn posters that reminded me of projects from junior high advertised the most popular renditions. All of the loco mocos were priced between $1.99 and $5.25. 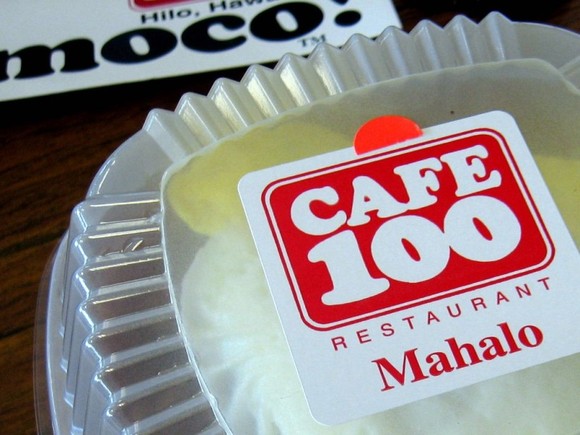 I went with the OG loco moco for a buck ninety-nine—brown rice, fried egg, hamburger patty, and gravy. 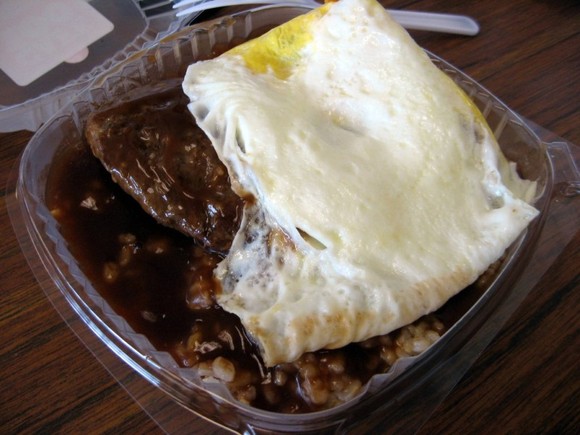 The weighty loco moco was packaged to-go in a plastic container. Both the plump grains of brown rice and the rubbery hamburger patty were swimming in a sea of gelatinous brown gravy. The gravy’s taste wasn’t offensive, just not nearly delicious enough to be drenched over everything. Come to think of it, I’m not sure there’s any sauce in this world that would taste pleasant ladled on in this excessive manner.

Although I’d love to say that loco moco on the motherland was ono to the max, it really wasn’t. It’s the end of the road for loco moco and me. It’s been real, brah.