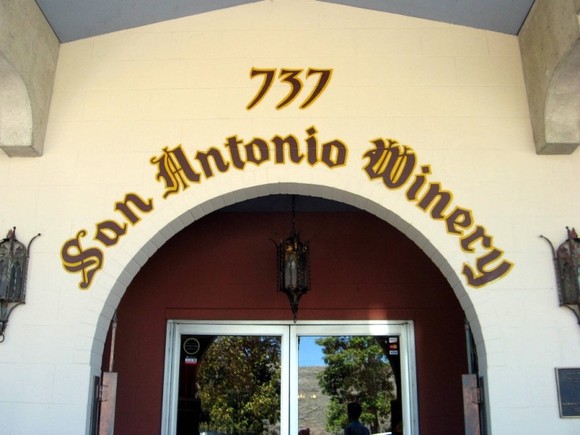 Sometimes I feel like a fraud. I mean, what kind of self-proclaimed Gastronomer doesn’t embrace the drink of the gods wholeheartedly? It’s true that vino and I cross paths every so often, but truth be told, clever names and colorful labels intrigue me more than vintage years, and wine lists may as well be written in Russian because their contents are all very foreign to me.

When I received an invitation from San Antonio Winery to attend their “Wines from Down Under” seminar, I jumped at the chance to step up my gastronomical game. Spending an afternoon eating fine food while sipping wines from Down Under sounded like my kind of fun. Plus, I was certain I’d learn a thing or two. 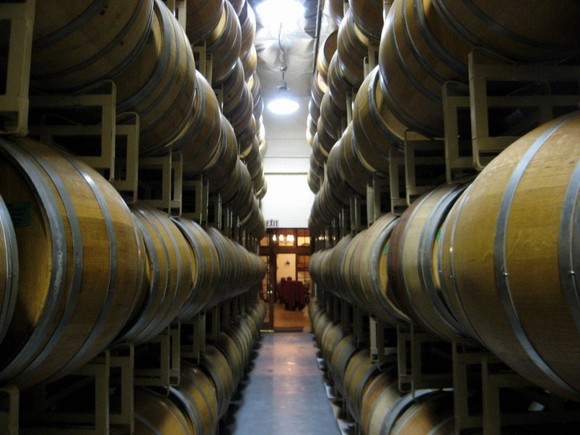 When one thinks of California wines, the regions of Napa and Sonoma usually come to mind. Although it’s maddening to imagine, Los Angeles’ heavily industrialized downtown was once the epicenter of winemaking in The Golden State. San Antonio Winery was established in 1917 by Santo Cambianica, an Italian immigrant from Lombardy; he named the winery after Saint Anthony for good luck. San Antonio Winery is the last of the more than one hundred wineries that once lined the Los Angeles River Basin. 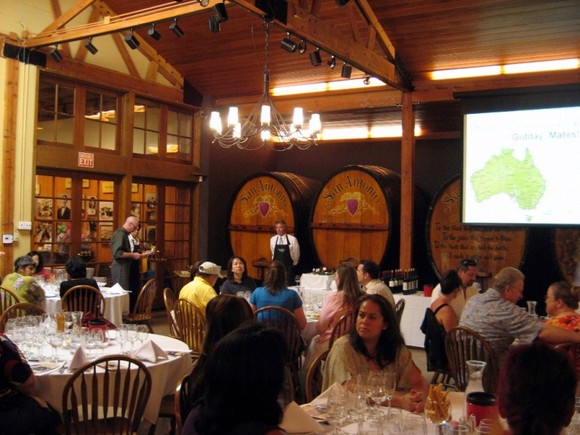 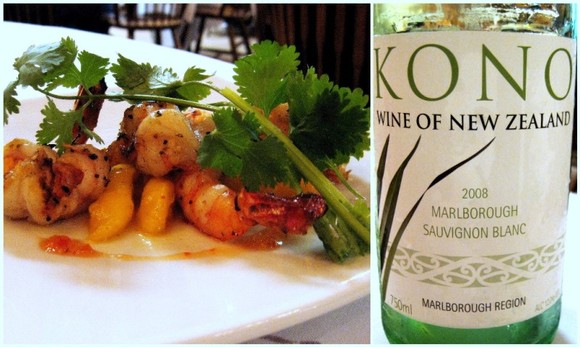 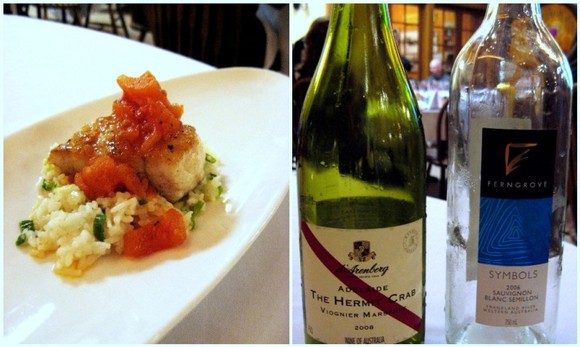 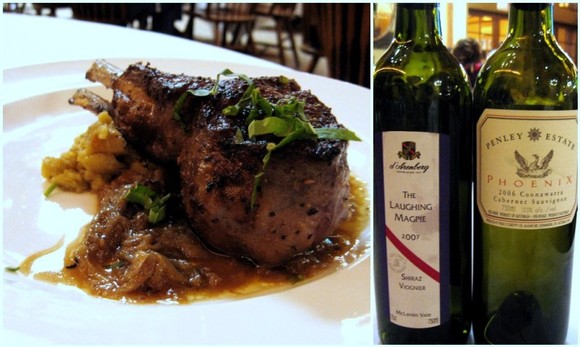 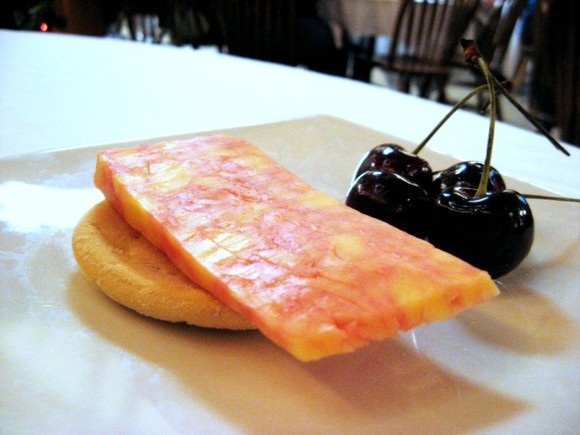 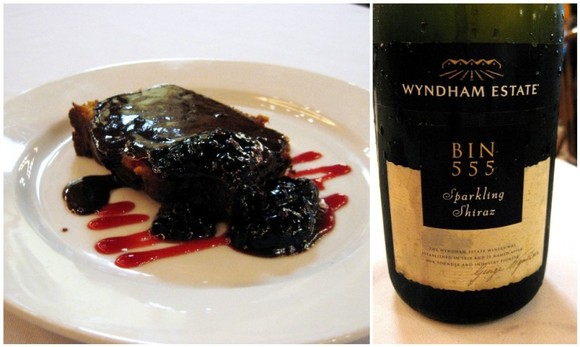 Even though San Antonio Winery houses a restaurant—Maddalena Restaurant—I wasn’t expecting a great showing in the food department. However, all it took was one bite of the succulent grilled shrimp to totally change my mind. The sweet and flaky Barrumundi and the bloody rare lamb chops were both expertly prepared as well. I really appreciated that the food was given as much thought as the wines.

Wine-wise, my favorites were the lovely whites with their crisp, fruity, light, and refreshing characteristics. The Australian “Hermit Crab” was a standout. I also sampled my first sparkling red wine, the “Bin 555,” which was full-bodied and strong. The Astronomer thought that the “Phoenix” Cabernet Sauvignon had essence of stinky tofu.