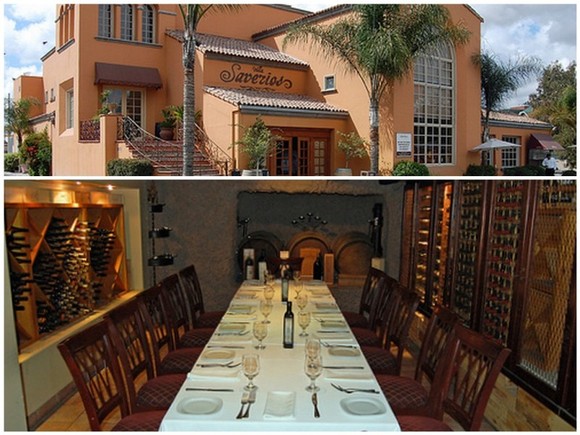 8:30 p.m. We concluded our day of epic gorging with a lavish four-course Baja Med supper at Villa Saverios. At this point in the Baja culinary blitz, hunger was beside the point and we were game for just about anything.

Villa Saverios is one of a handful of restaurants owned by Juan Plascencia, the founder of Baja’s first pizza parlor. Since its establishment in 1967, the Plascencia restaurant empire has grown to six eateries with locations throughout Baja and nearby San Diego.

Our group of fearless feasters was seated away from the stylish local set in a private dining room/wine cellar. As we settled into our seats, Chef Javier Plascencia (Juan’s son) came by to welcome us and to say a few words about his passion for the region and its cuisine. [Although I do not have photographic evidence, I assure you that Chef Plascencia was just as foxy as La Querencia’s Chef Miguel Angel Guerrero Yagües.] 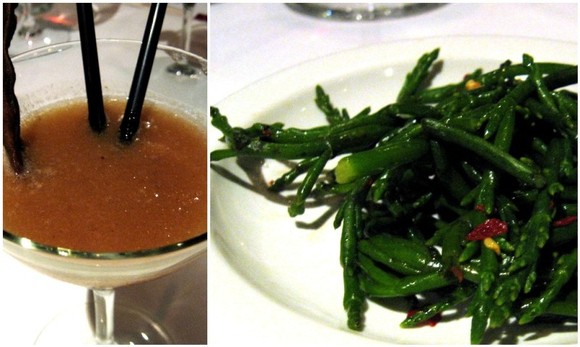 I love that in Tijuana every meal kicks off with a potent tamarind cocktail. This one consisted of a chilled blend of mezcal, Damiana, and tamarind. The tamarind pod garnish provided a puckery snack as I sipped the sour-tinged drink.

Salicornia, also known as sea asparagus, were also on hand for us to nibble on. Thank goodness I was sitting next to Chef Ramiro of La Casita Mexicana or else I would have never been able to identify the salty branches on my bread plate. 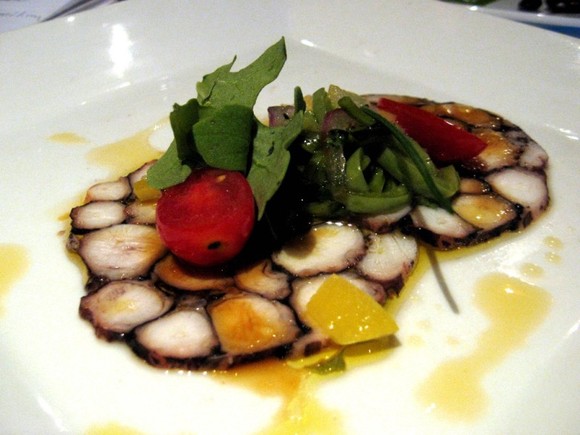 Our first course of the evening was a gorgeous octopus carpaccio with arugula, tomatoes, grapefruit, and locally produced olive oil. What surprised me about this dish was the manner in which the sections of octopus separated—piece by piece the circular rounds came apart and melted on my tongue. The dish’s flavors were clean, bright, and just what we craved after a day of intense eating. 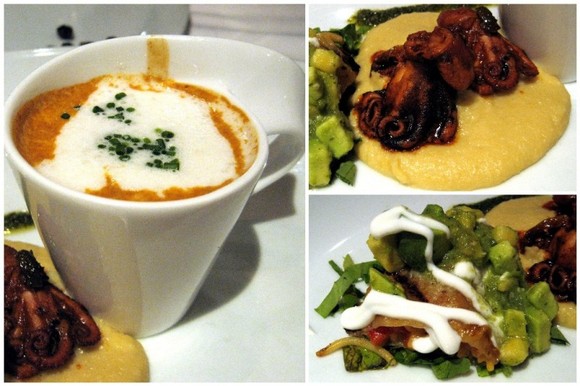 Served in the cutest of saucers, the cappuccino captured the deep flavor of mussels without a trace of the mollusk. The foam accent made the experience all the more cappuccino-like. The most intriguing item on the plate was the pasta taco. According to Chef Plascencia, this dish is an updated version of a snack he was served by his grandmother, who wrapped leftover fideo (pasta) in a tortilla. His interpretation included Christorra sausage, avocado, fresh panela cheese, cream, and salsa ranchera. 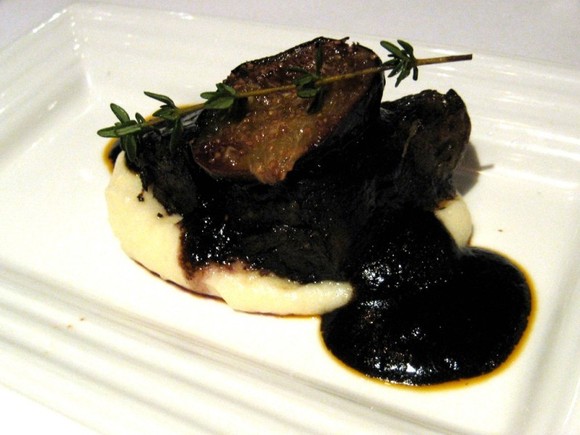 Course number three had me begging my stomach to please make room for more. The costilla de res con mole de higo, short ribs in black Oaxacan mole flavored with Port wine and figs, put me over the edge with its well-rounded flavors and textures. Slow-cooked for six hours, the tender and caramelized meat rested on an impossibly creamy puree of potatoes mixed with mascarpone. A sprig of thyme and a grilled fresh fig completed the flawless dish. 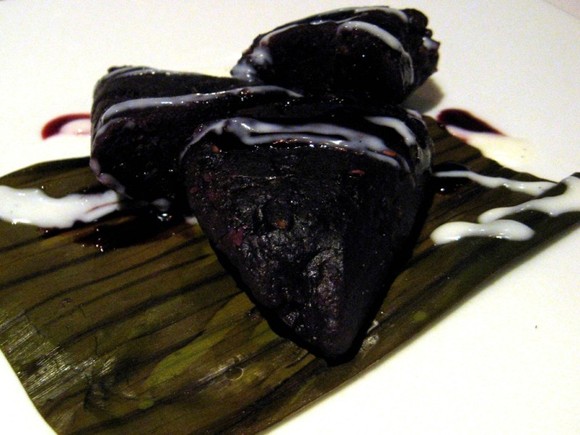 For the final course of the evening, we were treated to wild berry (blueberry and blackberry) tamales drizzled with sweet cream. I wrote in my notes that the tamales were “true to both elements, nothing gets compromised.” What I meant was that even though this was a dessert tamale, all the elements of a traditional tamale were present, including the strong taste of masa and the classic gelatinous texture. Even so, the flavors from the fresh berries were unmistakable.