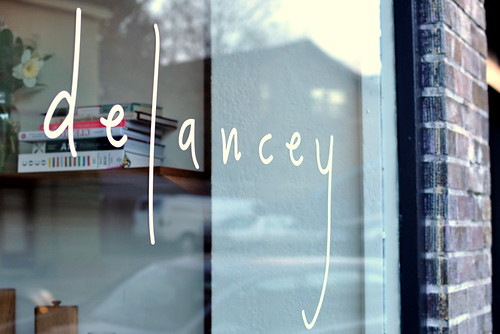 A year and some months ago, Molly Wizenberg announced on her lovely food blog Orangette that she and her husband Brandon Pettit were opening a restaurant. I don’t remember where I was when I read the news, but I distinctly recall feeling extraordinarily excited for the both of them even though we were complete strangers. I followed the trials and tribulations of building and running a pizzeria from the ground up through Ms.Wizenberg’s sporadic and thoughtful posts. She painted a more intimate and heartfelt picture of restaurant life than any book I’ve ever read on the topic. Needless to say, I was routing for Delancey long before I queued up outside the restaurant. 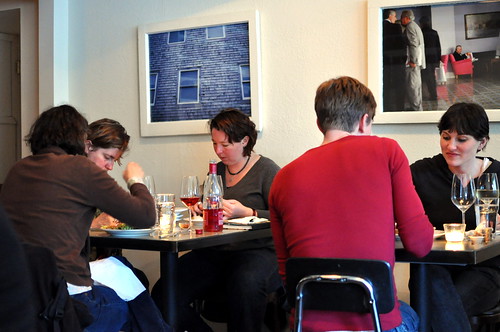 Located in the Seattle neighborhood of Ballard, Delancey occupies a sparse and small space. The limited number of tables means that hour-long waits are the norm and the bar across the street receives a lot of business. Our party of three arrived ten minutes before the doors opened for dinner service and were fortunately seated with the first wave of diners. 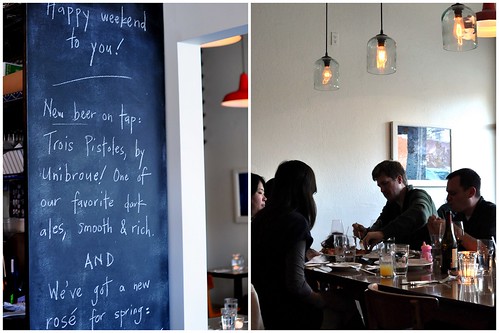 The restaurant’s interior is so very Orangette. A mix of handmade, vintage, and industrial fittings fill the room. The tables were made by hand by Mr. Pettit, who taught himself how to pour concrete, while old glass jars were converted into proper lighting fixtures. The color scheme is mostly black and white. I liked how diners were called upon to add splashes of color and personality to the space. 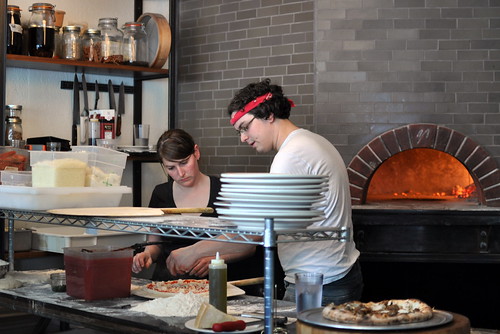 The centerpiece of the pizzeria is the woodfired oven. The massive structure was built from scratch by Mr. Pettit, along with a pizza oven pro. According to his better half in an article for Bon Appetit, Mr. Pettit has been working on his dough recipe for more than two years. 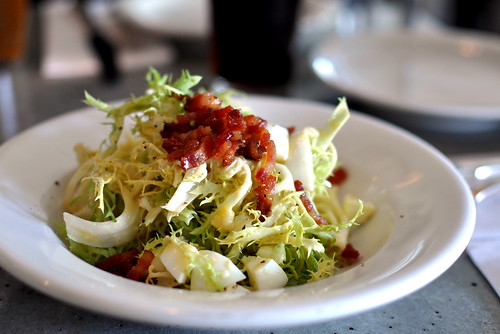 We started off with a simple but superbly executed frisee salad ($10) with chunks of hard-boiled egg, crispy bits of bacon, and a well-balanced Dijon vinaigrette. The little tumbleweeds of frisee were sweet and crunchy. 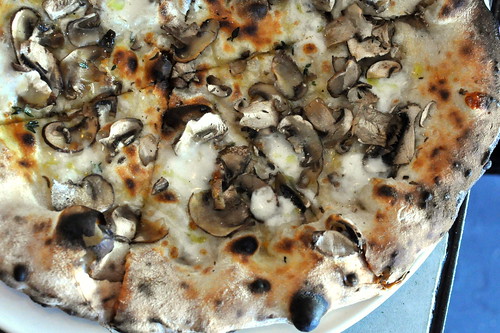 The first pie to arrive was the crimini mushroom ($12) with fresh mozzarella, thyme, and olive oil. The mushrooms were thinly sliced and mostly mellow, while the olive oil and thyme rounded out the flavors. Inspired by the pizzas Mr. Pettit grew up on in New Jersey and New York, the crust was crisp, light, and blistered around the edges. The flavor was subtle, but outstanding—very much like a great loaf of country bread. The char was a bit too intense for me on some slices, but Rosalind seemed to favor those pieces most. 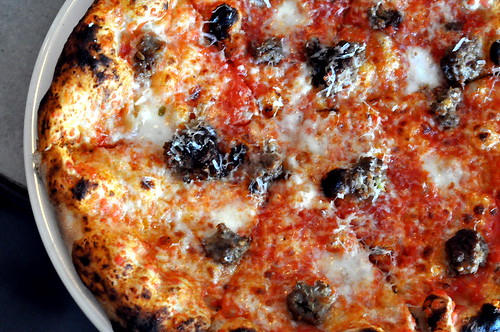 The Astronomer’s favorite pizza featured housemade pork fennel sausage, tomato sauce, fresh and aged mozzarella, and grana ($15). The most glorious bites brought a mouthful of sausage and warm cheese dribbling down our chins. 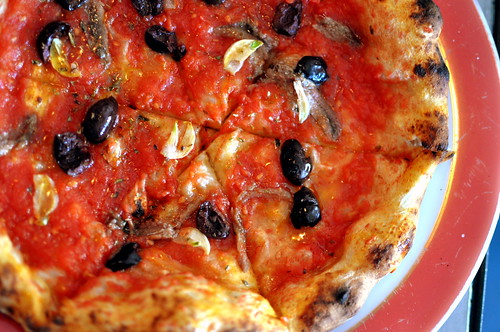 My favorite was the Romana ($13) with tomato sauce, sliced garlic, anchovies, kalamata olives, chili oil, and oregano. The cheese-less wonder was wet and salty, and I couldn’t get enough. Delancey’s slices went down so easily that I managed to eat seven this evening. That’s a whole pizza and then some! 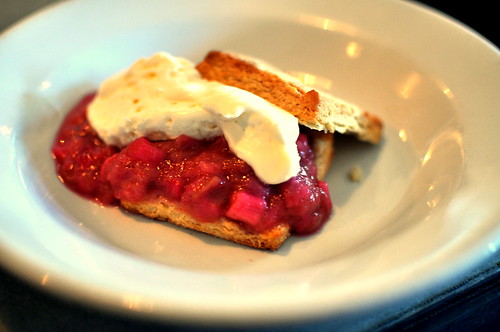 Even more so than the interior, the desserts at Delancey are a reflection of Orangette. Even though Ms. Wizenberg no longer spends her days in the kitchen, her rustic seasonal fruit desserts remain. The rhubarb compote with shortbread and whipped cream ($8) was a hit with our table. Rosalind adored the buttery shortbread cookies, while the rhubarb compote and whipped cream had my name all over it. 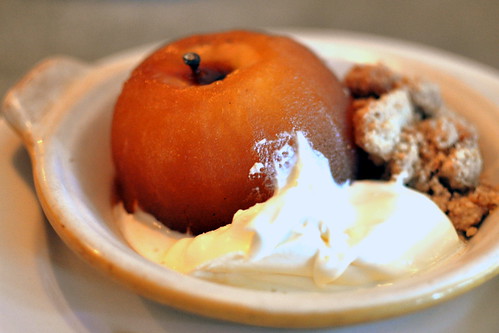 The caramel-poached apple ($8) with gingerbread streusel and chantilly cream was elegant and satisfying. Leaving the stem on the apple was an adorable touch. Come to think of it, the entire restaurant is one big adorable touch.

Dinner at Delancey was the highlight of my delicious tour of Seattle. From beginning to end, the food, service, and ambiance hit all the right notes. I’ve never fancied myself as a pizza lover, but after this experience (and a dinner at Serious Pie the following evening), I am now completely obsessed.