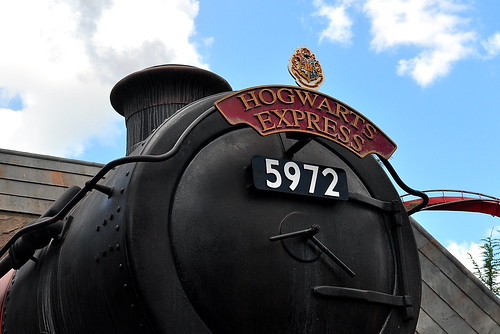 The Astronomer and I traveled to Orlando earlier this summer for the National Down Syndrome Congress. While in town for the informative and inspiring conference, we made sure to pencil in a few extra days to dabble in some amusement park action. Whereas I was looking forward to visiting EPCOT at Walt Disney World, the thrill-seeking Astronomer was stoked about Universal’s Islands of Adventure. As luck would have it, The Wizarding World of Harry Potter opened a few weeks before our trip. 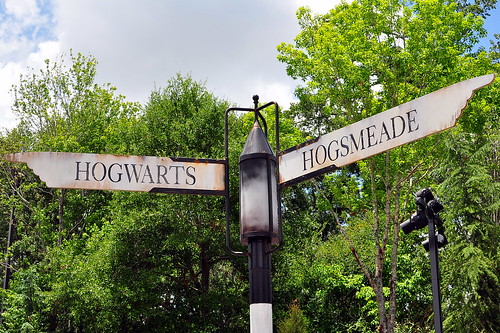 Truth be told, I have never read a Harry Potter book or seen a Harry Potter movie in my life.  The Astronomer only remembers bits and pieces of the stories after sleeping through the audio books on a couple of family road trips. Still, we were both excited to ride the rides and eat the eats, even though we had no idea of their literary significance. 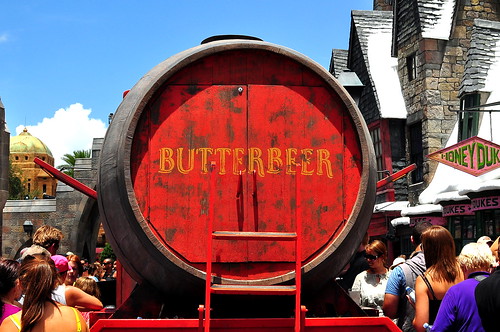 The Wizarding World of Harry Potter is a unique experience because it stays true to the theme at every turn. All of the rides, shops, and foods available in this section of the park capture various elements from the novels. It was a balmy ninety or so degrees when we arrived, so a tall glass of Butterbeer was definitely in order. According to HarryPotter.Wikia.com, Butterbeer is a popular wizarding beverage with a very slight alcohol content and a taste “a little bit like less-sickly butterscotch.” 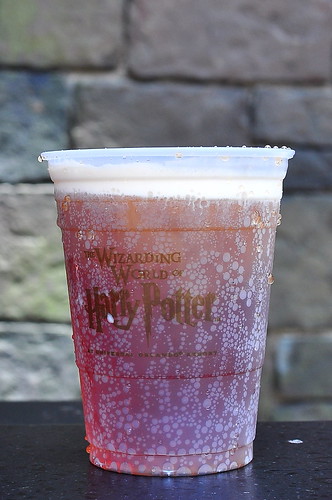 The Butterbeer served at The Wizarding World of Harry Potter is amber-colored, non-alcoholic, and available in two forms—straight up or frozen. In order to taste the beverage in all of its carbonated glory, we went for a frothy glass straight up. The Butterbeer tasted like cream soda with an extra thick layer of whipped cream on top. It was sweet, bubbly, refreshing, and well worth the fifteen minutes that we stood in line to buy it. I found it quite humorous watching several tots chugging their beers and frolicking around the park with foamy ‘staches across their lips. 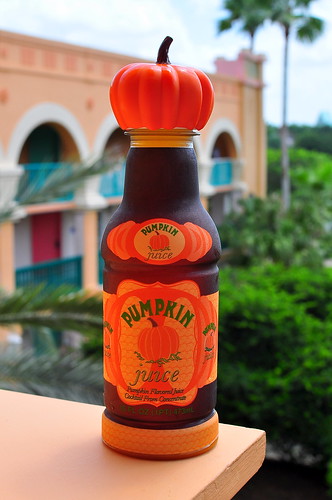 We also tried some pumpkin juice, which is “a cold drink favored by the wizarding world, and among the students at Hogwarts School of Witchcraft and Wizardry.” The pumpkin juice tasted like mulled apple cider with spicy punches of cloves and cinnamon. 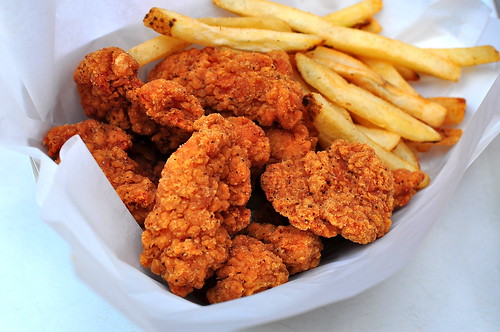 We could’ve indulged in an assortment of Harry Potter themed savories and sweets including fish and chips, shepherd’s pie, smoked ribs, and Cornish pasties, but all that British fare seemed a little to heavy for me on this swampy summer day. Instead, we walked over to “The Lost Continent” and ate chicken fingers and fries at the Fire Eaters Grill. By the way, Universal’s chicken fingers are vastly inferior to Disney’s. 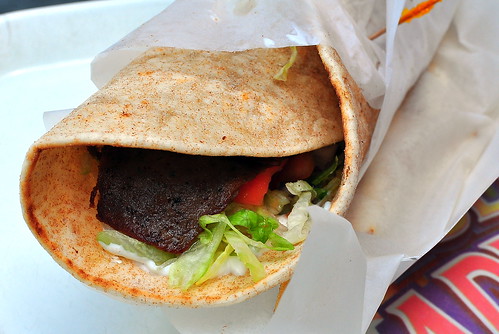 We also shared a gyro that was surprisingly palatable. I appreciated that the wrap was fluffy and warm.

The food at Islands of Adventure was pretty good, but nothing too memorable compared to the meals that we took in the following day at EPCOT…